A visit to any country in Africa isn’t complete without seeing the wide variety of flora and wildlife the continent has to offer. Not only do the continent’s popular botanical gardens offer conservation efforts for flora and wildlife, they are educational and recreational, making them a must-see on your travel list. 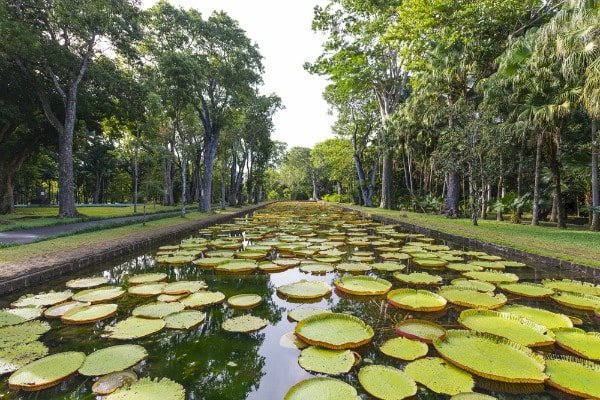 Here are botanical gardens across the continent that you should visit.

Kirstenbosch National Botanical Garden, located in Kirstenbosch on the eastern slopes of Cape Town’s Table Mountain, has a reputation of being one of the great botanic gardens of the world. It was established in 1913 to promote, conserve and display the rich and diverse flora of southern Africa. It was also the first botanic garden in the world to be devoted to a country’s indigenous flora. The garden is home to South Africa’s national flower, the Protea, as well as many other flora including the Fynbos, Erica and Restios. There are more than 125 species of birds that live at the garden, including the Sugarbird, the Sunbird and the African Dusky Flycatcher, as well as a variety of insects (including the beautiful Table Mountain Beauty butterfly) and amphibians (including the Cape River Frog and the Chirping Frog). Visitors can go on the Centenary Tree Canopy Walkway of the garden or on a cycling route through the garden.

Jardin Majorelle, located in Marrakech, Morocco, was created by French painter Jacques Majorelle in 1886 and purchased by French designer Yves Saint Laurent and his partner Pierre Berge in 1980. The garden has about 30 members of the cactus family as Majorelle was especially interested in the plant when he designed the garden, and is home to a variety of bird species including the blackbird, sparrow and turtledove. The garden also features bamboo imported from Southeast Asia, and features the Yves Saint Laurent monument which was erected in the designer’s memory after he passed away in 2008. A signature feature of the garden is the Berber Museum, which was opened in December 2011 to document the rich history of the Berber tribe. Visitors can learn more about Berber culture through a collection of photographs, films, audio and music tapes.

Formally known as the Sir Seewoosagur Botanic Garden, the Mauritius National Botanical Garden, located in in the district of Pamplemousse, is one of the island’s most visited tourist attractions. The garden was initially the French governor’s private garden almost 300 years ago, but has since opened as the island’s national botanical garden. It is home to over 600 species of plants including the baobab, Palmier Bouteille and giant water lilies. It’s also home to talipot palm trees, which are native to Sri Lanka and the Malabar coast of India, the Jackfruit tree and the Indian almond tree, also known as the Bengal almond.

The Seychelles National Botanical Gardens are located in Mont Fleuri on the outskirts of Victoria. It is home to a wide variety of flora and wildlife, including the Coco Der Mer, which has the biggest nuts in the plant kingdom, the Koko Maron which grows on the forest floor and is used by locals to make ropes and brooms and a number of spice and fruit trees. The signature feature of the gardens is an orchid house that holds a collection of brightly coloured orchids including Seychelles’ own native orchids. Visitors can reach the gardens either by foot (a 30 minute walk) or by car from downtown Victoria.

The Aswan Botanical Garden, also known as Kitchener’s Island or El Nabatat Island, is Egypt’s world class botanical garden that is located on an island in the Nile River at Aswan. The island was previously owned by Lord Kitchener in the 1800s as it was given to him as a gift when he served as Consul-General in Egypt. The garden is not only a great leisure spot for families, but also serves as an important centre of botanical research in Egypt. There are many types of rare and exotic plant life to view at the garden, including the Royal Palm tree and the Sabal Palm tree, as well as plenty of birdlife. The garden is reached either by public ferries that run between Aswan, Elephantine Island, and Kitchener’s Island or by hiring a felucca.

The Entebbe Botanical Gardens are located on the shores of Lake Victoria in the Ugandan town of Entebbe, just outside of the capital Kampala. The gardens are popular for the wide variety of bird species that are found there, including eagle owls, sunbirds and black weavers. On and around the shores of the lake, a variety of wildlife can be spotted, including the African Open-billed Stork, yellow-billed duck and grey-headed gull. The gardens house a small patch of rainforest which is home to thick forest underbrush, bamboo and medicinal plants and magnificently tall trees.

The Aburi Botanic Garden, located just outside the capital city Accra, is one of Ghana’s most beautiful tourist attractions which overlooks the Accra coastal plain. The garden plays an important role in encouraging cocoa production in the southern region of Ghana by supplying seedlings and information about scientific farming methods. The garden has many species of flora for conservation purposes, including mimosa pudica, the Ficus tree and medicinal plants. There is also an abundance of bird and butterfly life that make the garden an ideal setting for picnics, nature lovers and wedding pictures.

Sarius Palmetum Botanical Garden, located in Maitama, Abuja in Nigeria, is home to over 1000 different species of plants, including about 450 species of palms. The garden houses Nigeria’s popular palms including oil and coconut palm as well as Bismarckia, golden and royal palm. The garden houses several of the nation’s endangered plants including the pepper fruit, succulent sea grapes, or coccoloba uvifera and pitanga cherry or eugenia uniflora. The garden was started by one of Nigeria’s first ladies Ajoke Muhammed out of her love for plants and a need to conserve Nigeria’s indigenous flora.

Jardim Tunduru, located in the heart of Mozambique’s capital Maputo, is a beautiful botanical garden that allows visitors a break from the bustling city. It was reopened in 2015 after undergoing rehabilitation to fix its greenhouse, fencing and public benches as well as improve its sanitation and irrigation systems. The garden has a rich collection of trees, shrubs and flowers, including the Jacaranda tree, magnolia and a range of Palmae plants.  The garden is home to several wildlife including birds, butterflies and a colony of bats that rest in the treetops.

The Nairobi Botanic Garden, located at the Nairobi Museum ground in Kenya, is a beautiful garden that is ideal for a picnic or a quick getaway from the bustle of the city. The garden fulfills the functions of education, research, conservation and recreation, and is home to about 600 indigenous and 100 exotic plant species creatively laid out in thematic garden displays including the herb garden, which has the country’s indigenous medicinal plants, the succulents garden, which has a significant amount of succulent species found in Kenya and the quarry garden, which features a variety of papyrus plants, water lilies and other water plants. The garden is also open for hire for events such as parties, photo sessions and leisure activities.