From email scams to oil spills and charlatan Pentecostal preachers, it's clear that Nigeria has something of an image problem. While the outside world's perception of Africa's most populous country hasn't always been overwhelmingly positive, there's plenty more to this nation than its unsavory associations. With its vibrant culture, sense of humor and adaptability, Nigeria has become the "Giant of Africa" in more ways than just population size. 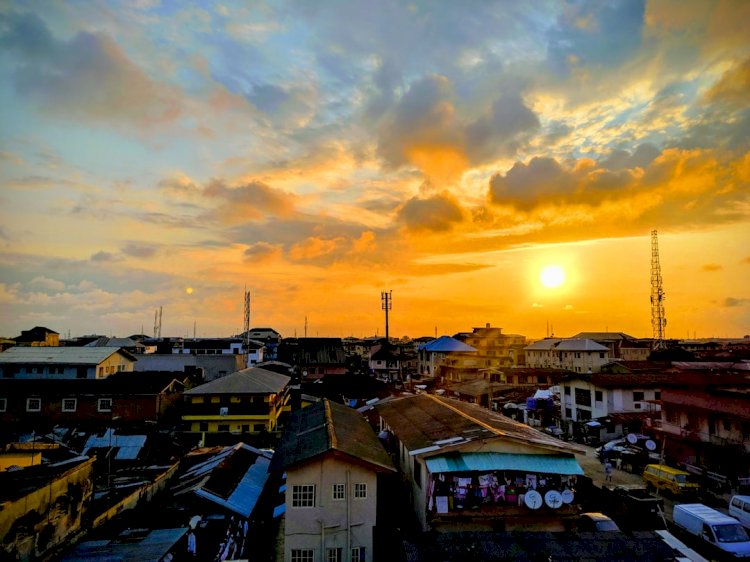 In honor of Nigeria's Independence Day on October 1, here are 10 of the many reasons why the destination one in five Africans call home stands out from the rest. You may be inspired to add Nigeria to your travel list:

In Nigeria, if you've reached your 30th birthday and are still unhitched, the elders will harass you down the aisle, which is why barely a week goes by without someone staging a traditional wedding ceremony somewhere.

Weddings are a sacred part of cultural life, but also an excuse to show off cuisine, fabulous clothing, music and dance moves in one life-affirming, chromatic bonanza.

With 250-odd ethnic groups, the ceremonies come in a variety of styles, depending on your region.

In the southwest, the groom and his friends might prostrate themselves at the start.

However, in the southeast you'll see them dancing their way into the ceremony, wearing bowler hats and clutching walking canes.

In other regions, the bride and groom's families send each other letters of proposal and acceptance before getting down to dowry negotiations.

Once the serious stuff is done, it's back to music and dancing and, best of all, the tossing of banknotes in the air to make money literally rain down on the newlyweds.

This mouth-watering tomato-based rice dish is a party staple.

There are many ways to cook it, involving endless permutations of meat, spices, chilli, onions and vegetables.

While it's widely accepted that Senegal invented this dish, the concept spread to West African countries.

The most notable are Ghana and Nigeria -- two nations that have vied with one another for supremacy in a never-ending battle known as the jollof wars.

Nigerians are the indisputable champions, of course, serving up "advanced level" jollof that our Ghanaian rivals can only watch and admire.

Eating chicken to the bone

While we're still on the subject of food, Nigerians are champions at eating chicken to the bone and beyond.

It's not enough to simply eat the flesh. We break the bone, suck out the marrow and pulverize the remainder until there's almost nothing left.

If your chicken thigh is still forensically identifiable at the end of the meal then you haven't done it right. Abeg, finish am!

Only Hollywood and India's Bollywood make more movies than Nigeria.

Known as Nollywood, our film industry is big business -- so big it contributes 5% to national GDP.

With average flicks churned out in under a two weeks, Nollywood films are famous for their poor (albeit improving) production values.

But what they lack in sophistication they make up for in story lines that are an entertaining window on Nigerian moral values and byzantine social dynamics.

The movies draw a big audience in the rest of Africa, where viewers from more reserved societies can revel vicariously in Nigeria's outlandishness and even pick up some of our slang.

Celebrated in some northern cities, Durbar marks the end of Ramadan.

The annual Durbar festival is the cultural highlight of Nigeria's Islamic north.

This visual extravaganza is celebrated by thousands of peoples, mainly from the Hausa-Fulani ethnic groups, in multiple cities at the end of Ramadan.

Followed by a parade that takes place in the city of Kano at the Emir's Palace, it's become a longstanding tourist attraction.

The Emir's sons, noblemen and regiments show their loyalty by trooping past on horses, accompanied by musicians.

Each royal household has its own unique costume, made up of billowing robes and turbans that glitter in every color under the sun.

Wearing black leather gloves, the princes raise a "power" fist as they bounce past the Emir.

Being polygamous, the Emirs have literally dozens of sons and every one of them takes part, from the middle-aged to the toddlers. Counting them all is part of the fun.

Street celebrations in the northern city of Kano.

For all its political and economic troubles, Nigerians are somehow still among the most optimistic and happy people on the planet.

Opportunity doesn't come knocking -- we chase it, with the help of God, who we all know is on our side.

The Lord may have rested on the seventh day of Earth's creation, but that's the last day off he's enjoyed ever since.

Nigerians call upon Him 24/7, praying and pumping fists and demanding His favors.

Evidence of our optimistic spirit lies everywhere: It's in the billboards that promise "a divine upgrade", or our hustling entrepreneurial spirit, or the crumbling roadside shacks grandly named "Victory Plaza." There's no room for despair when we see ourselves as "temporarily embarrassed millionaires" (to quote Steinbeck) on the expressway to heaven.

So next time a Nigerian tells you "I will become the greatest by force!" understand that they're not bragging -- they're just speaking their dreams into existence.

Proverbs are a big part of Nigerian culture.

Nigerians love a good proverb and we never stop inventing new ones.

Some aphorisms are blunt and to-the-point. Others can be a little cryptic, so you sometimes need a high level of "proverbial sense" to understand what they're getting at:

"Monkey no fine but im mama no like am [The monkey might be ugly but his mother loves him]."

"If you can't dance well, you'd better not get up."

"The man being carried does not realize how far away the town really is."

"The quarrel that doesn't concern you is pleasant to hear about."

"The whip hits at the legs, not the guilt."

"Until lions have their historians, tales of the hunt shall always glorify the hunters."

"The one-eyed man does not thank God until he sees a blind man."

"Rat wey get only one hole, they quick die [A rat with just one hole will soon die]."

"No license for nonsense [behave yourself]."

Masquerades are a huge aspect of Nigerian culture.

These masked costumed figures are considered to embody the spirits, and serve as a fundamental part of Nigerian pre-colonial religious tradition.

Nowadays they double up as entertainment and appear during weddings and festivals, particularly at Christmas time.

Nigeria has over 250 ethnic groups, each with its own masquerade. The masks and costumes are visually striking.

They can be made from a variety of materials such as grass, animal horns and teeth, and the young men who wear them sometimes cover their limbs in black palm oil to mesmerizing and scary effect.

The masquerades travel through the villages, performing dances, acrobatics and reciting incantations.

Chasing terrified villagers with bows and arrows or whips is also part of the tradition, so get ready to move your feet.

Plaques forming part of the Benin Bronzes on display at the British Museum.

The famous Benin Bronzes are a collection of plaques and sculptures that once decorated the royal palace of the Kingdom of Benin.

Dating back to the 13th century, these exquisite artworks include bas-relief images of dignitaries or warriors.

They were influenced by the Ife civilization nearby, which produced life-sized bronze heads of the Ooni (king) and his queens.

When Europeans first saw the Hellenic-style realism of the Ife sculptures they were "shocked" that Africans could produce such beauty and sophistication.

The British liked the Benin bronzes so much they stole them during punitive raids in 1897 and have kept hold of them to this day.

Some of the best specimens are displayed at the British Museum in London, the Louvre in Paris and Berlin's Ethnological Museum.

Nigeria is notorious for traffic congestion.

Traffic jams -- known as go slows -- are a daily part of life on Nigeria's roads, but although they may delay your journey they needn't stop you from completing your day's shopping from the comfort of your vehicle. Need some socks? Street vendors can sort you out.

Simply roll down your window and call for their attention.

"Noo Saro-Wiwa is the author of "Looking For Transwonderland: Travels in Nigeria," which was selected as the Sunday Times Travel Book of the Year in 2012. She was named one of "The World's 30 Most Influential Female Travelers" by Condé Nast Traveler Magazine in 2018."

21 Behaviors That Will Make You Brilliant at Creativity & Relationships