We take a look at the transition from primary to secondary school for African students. 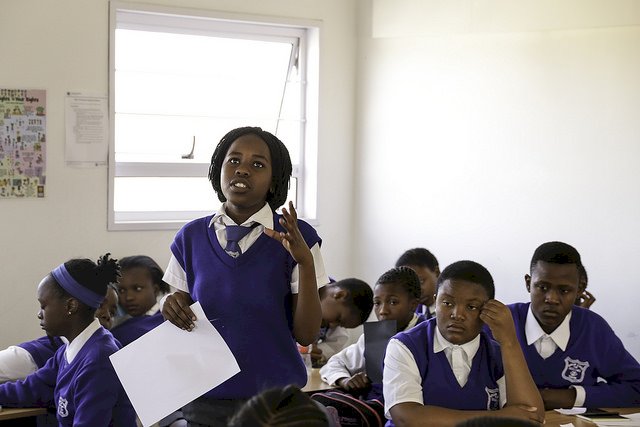 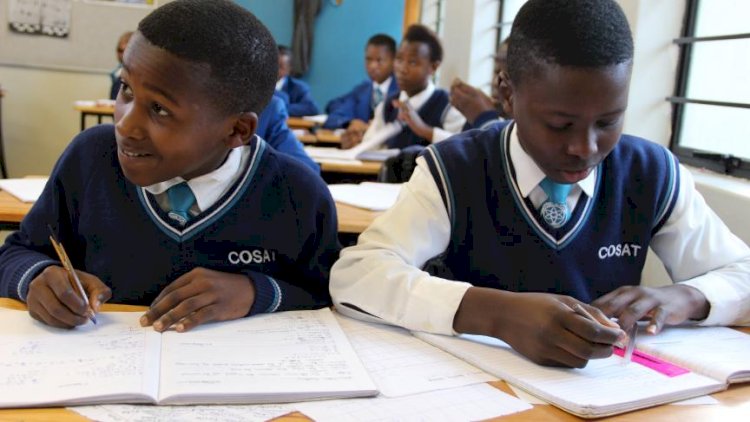 EDUCATION - The process of imparting skill, knowledge and judgement.

From the above, we can say it is a continuous process of learning in life from birth to death.

The transition to secondary school can be a tough time for youngsters. Going from the fun, almost nursery like settings of primary school, to a school with people ranging from 9 to 16 years of age can be a daunting prospect. The move to secondary school means a number of major changes for pupils. Some pupils feel settled and happy in the new school relatively quickly, but others take a while to adapt to the new routine and environment. This is especially true of pupils with learning difficulties, slower adaptation, self esteem issues, and generally other less likely looked natural effects such as the emotional and physical changes due to puberty, they become more aware of their emotions and physical appearance, which can be confusing at the time.

Most, if not all, new Secondary school students will confess that the move from primary to secondary school represents a major milestone in their young lives. This marks a point where he or she has come of age, where old childhood habits must now be cast aside and replaced with more mature behaviour. From studying few subjects in primary school, the new secondary school student must now set aside time to study more subjects, with a broader and more challenging curriculum.

These changes could be overwhelming for several new secondary school students but it is only a matter of time before the new student gets familiar with his or her new life as a secondary school goer. Having a new (class) friend may be a useful strategy to counter this initial uncertain feeling. Friends who encourage and assist one another with school matters could act as useful confidants as well as self esteem boosters.

These brings us to valuable points to note as a student makes this life changing transition.

1 ADJUSTING TO A NEW ENVIROMENT

New secondary school students often leave their former places of residence, an area they are used to and move away to a different location for their new schooling, a setting not too familiar. However the case may be, going to a secondary school close by or far away, the environmental changes in form of a new school building, possibly bigger classes and definitely a larger number of students invariably in most cases is a shocker to new students, who before time have been used to a different setting. These new students must now then adjust and adapt rapidly to life in these relatively new environment In diverse ways, such as: distance to school, relating with a larger crowd, new teachers, new classmates, longer hours spent in school and of course peer pressure, which takes us to point number two.

Parents are also expected to play an important role in helping new and expectedly novice secondary school students adjust to their new surrounding. Parental guidance would help to counter that inevitable peer pressure. Being a friend to your own child may help ease those transition periods. It may be more important that at this stage parents adopt a more flexible and subtle parental approach. Raving and ranting at your child would be counter - productive and may instead serve to deflate his/ her confidence and may lead to unintended repercussions. Sadly at these growing stage, no thanks to puberty, students are naively influenced by their peers negatively than they are positively, reason been those peers also got the wrong orientation themselves, it becomes a chain reaction of some sort and it goes on. This is why parents must ensure they become not just parents but also friends to their children, know who they play with, what kinds of play they engage in, where they go to before or after school as the case may be, watch out for words they speak and new things they learn at school, immediate environment and from friends, their relationship with classmates and other students in school, to name but a few. It is a win - win situation as these cordial relationship built on trust lasts long into adulthood and becomes a foundation for a possibly full grown mature adult in all ramifications.

As noted earlier, in the primary school system, students where used to fewer subjects and hours spent in school, however in these new phase of schooling they are exposed to numerous subjects, which are more complex and tedious as opposed to the former, more assignments, longer hours spent in school, more copied notes and longer times spent being attentive. This means more hours spent in studying and writting (assignments and research projects) as well as an improved stance on responsibility on the part of the student. This is where the new student has to ensure he/ she puts in more effort in school work and takes responsibility for actions taken, these hopefully positive actions determine the success academically of such student in the long run.

In the primary school environment, certain practices and behaviours are overlooked, as the pupil is deemed too young to understand and therefore display some level of maturity, as opposed to the secondary school setting where the student is assumed to have gained some level of maturity. Here the new secondary school student is expected to obey all school rules and regulations, be punctual to school, neatly and smartly dressed, obedient to teachers, seniors and any other higher school authority, properly behaved at all times amongst other commendable characteristics, as there are various punishments meted out to defaulters of the school rules and regulations. In a nut shell, new students are expected in this new environment to not just carry about an air of discipline, but actually be disciplined and show utmost respect to all.

5 BE A FRIEND, MENTOR AND FACILITATOR

This is valid for parents: Support your child by encourging independent thinking and make him/ her confident of his own ability and decision - making. Talk about there interests, friends and other experiences besides schoolwork. This growing - up stage is an experience many of these children reflect fondly upon. A little encouragement, understanding and affection would go a long way in ensuring that these children get the best from their secondary school years.