Marriage ceremonies across Africa’s ethnic groups are not only deeply rooted in the continent’s respect and appreciation for family, but are also a celebratory affair with lots of food and beautiful African traditional wedding attire. 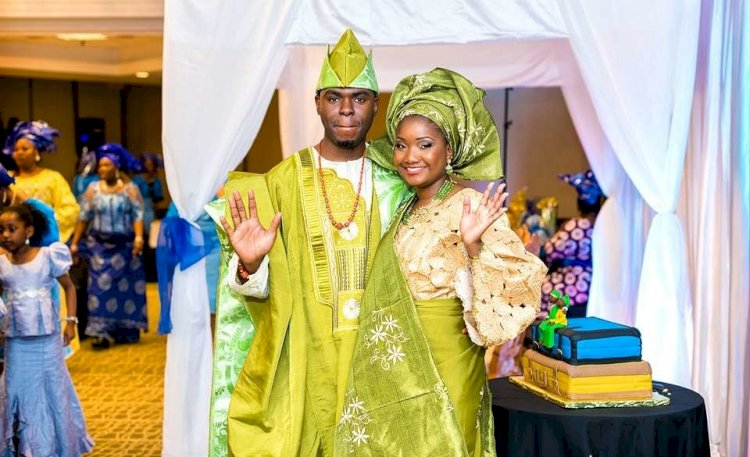 Here’s a look at the African traditional wedding attire for both men and women from some of the continent’s largest ethnic groups.

A traditional Zulu wedding, which usually takes place after the white wedding ceremony, is called Umabo. The Umabo concludes the set of marriage rituals that take place to officiate a couple as man and wife, with the first being the lobola (dowry) negotiations between the two families.

In the Umabo, the African traditional wedding attire means a bride wears a isidwaba, which is a leather skirt, a isicwaya, which is skin to cover her breasts, and a inkehli, which is a hat to cover the head. The bride is also adorned with colourful beads, which are also worn by her bridesmaids. A groom wears ibheshu, which is a covering made from calf skin that he wears instead of pants, or if he decides to wear pants, he wears umbhulaselo, which are pants that are brightly decorated with beads. He completes his wedding attire with a traditional headband.

The traditional wedding attire for a Kikuyu wedding, which is considered as the official marriage ceremony but can be fused with white wedding ceremonies, is called a Ngurario. It concludes the marriage rituals, which includes the ruracio (dowry) negotiations which take place between the couples’ families.
Both the bride and groom wear golden/brown lessos that are decorated with beads. Modern brides also wear Ankara or kitenge dresses for a stylish and more modern look. Photo Credit: Antony Trivet Photography

The African traditional wedding attire for a Yoruba wedding is called an Alaga Ijoko. The official ceremony happens after the couple’s’ families have met and agreed on their children’s union. A bride’s outfit for the alaga ceremony consists of a gele (a headscarf that is elaborately tied), a buba (blouse) and an iro, which is a large material that’s tied round the bride’s waist and is usually ankle length.

Arranged marriage, called Kadhaa or Naqataa in Oromo tradition is the most popular type of marriage, where families negotiate and initiate marriage for their adult children. It is an intricate process where families get to know each other well to ensure that there is no relation between them.

The traditional wedding attire for an Ashanti wedding, follows the Akan customs as the Ashanti are a major ethnic subgroup of the Akan, is a big celebratory ceremony that involves the couple’s’ families. It starts off with the groom and his family going to the bride’s family to ask their daughter’s hand in marriage in a ritual called kookoo ko. The groom and his family also bring gifts for the bride’s family.

Once rituals are concluded and the marriage ceremony takes place, the bride and groom wear colour attire made from kente cloth. Accessories that a bride wears include colourful beads and beaded head decorations.