The rise of Rwanda's economy is gradually getting investors' attention. According to the World Bank, it is now easier, faster and less expensive to operate a business in Rwanda than in most other African countries. 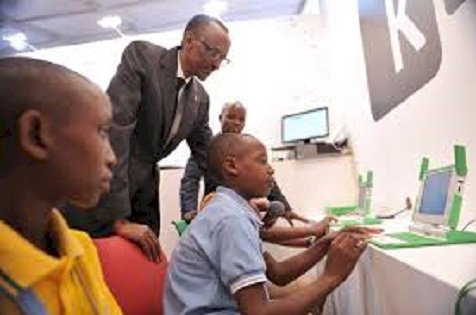 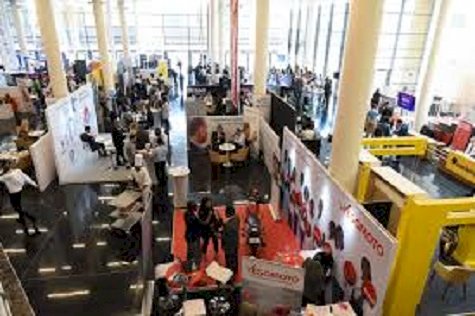 The African nation of Rwanda suffered one of the worst genocides in human history a little over a decade ago. Over the course of 100 days, its government slaughtered one-tenth of the country’s population and displaced more than 2 million people, turning them into refugees with little hope for the future. But even before the genocide, Rwanda was a country in crisis; the ongoing civil war had destroyed its already fragile economy, severely impoverished its citizens, and made it impossible to attract external investment.

Kigali as of present is thriving like never before — quickly becoming a leader in the knowledge-based sharing economy. this nation of 12 million people is undergoing a complete transformation. The basic to this radical and fast-paced turnaround has been a form of sharing that many overlook when they examine the collaborative economy: knowledge sharing. Through an emphasis on developing long-term plans and investing in IT infrastructure and forward-looking skills,

Today, the rest of Africa looks to Rwanda as a land of opportunity and a symbol of hope. Can other cities around the world follow the Rwandan model?

According to Claudette Irere, Director General at the Rwanda’s Ministry of Youth and Information and Communication Technology.  “There are a few fundamentals you have to understand. Firstly, our country is the same size as the U.S. state of Maryland, but our population is around 12 million people. Secondly, we have no natural resources — no oil or gold or anything else that countries benefit from. This means the only way for us to move forward and to build our future is to empower people and make good use of technology. With this strategy, we are shifting our country from an agrarian economy to a knowledge-based economy.”

Rwanda is beginning to leapfrog developed countries in fundamental areas such as smart city infrastructure, vocational training, and strategic foreign investment. As of January this year, 4G/LTE networks cover more than 95 percent of the country, and a mix of public and private players are working together on a national roll-out of fiber-optic broadband. As its citizens and businesses get connected, Kigali is becoming an African hub for multinational tech companies, including Google, Facebook, and Amazon.

President Kagame emerged as Rwanda’s de facto leader after the pogrom, he set out his ambition to transform the country from one of Africa’s poorest nations into a leading knowledge economy by 2020. Nobody anticipated the extraordinary growth that would follow. On its path to becoming a middle-income country, Rwanda has sought advice from China, Singapore, and Thailand. Economic and cultural ties with Asia are seen as crucial where transformation and future-building is quite different than Western countries. Most of them are leapfrogging the United States and European nations in terms of urban development.

On May 7, 2018, Kigali  celebrated by hosting this year’s TransformAfrica Summit, a prestigious ICT conference that has a reputation for spurring policy and regulatory action and facilitating public-private deals across the continent. The 2018 edition focuses on Africa’s single digital market—the concept of uplifting and accelerating digital and tech activities across all of Africa through knowledge sharing and collaboration, spearheaded by the city of Kigali and President Kagame.

Kigali is currently home to 1.22 million people, and its population is expected to triple by 2040. As the city continues to problem-solve and actively export its learnings to neighboring countries, smart infrastructure combined with fearless creativity is enabling people to power the country’s economic future and strive for great things. For other cities looking to the future, Kigali’s example shows that focusing on knowledge can offer just as many benefits as natural resources in making economies boom.

The rise of Rwanda's economy is gradually getting investors' attention. According to the World Bank, it is now easier, faster and less expensive to operate a business in Rwanda than in most other African countries. In this year's "Ease of Doing Business" rankings, by which the World Bank gauges the intricacies of running a company in different countries, Rwanda comes in at 58 out of 183 nations surveyed, up from 143 in 2009. In Africa only Mauritius, South Africa, Botswana and Tunisia fared better.

The World Bank says that a high ranking indicates that a country has adopted laws favourable to starting and operating a company, in areas such as accessing credit, registering property transfers, paying taxes and enforcing contracts. In 2005 an entrepreneur had to go through nine procedures to start a business in Rwanda, at a cost of 223 per cent of income per capita. Today, observes the Bank, it takes only two procedures in three days, at a cost of 8.9 per cent!

Encouraged, investors are returning the favour. World Bank figures show that flows of foreign direct investments to Rwanda jumped almost 15-fold between 2005 and 2009, from $8 mn to $118.7 mn.

Government policies to promote the technology and communications sectors are also stimulating entrepreneurial creativity and growth across the economy. Last year, the country's gross domestic product (GDP) grew by 7.4 per cent, on top of an annual average growth rate of 7.5 per cent between 2004 and 2009. This was almost in line with the government's Vision 2020 plan, which foresees annual growth rates of about 8 per cent between 2000 and 2020