AFRICA, WITH LITTLE CONTRIBUTIONS TO GLOBAL GREEN HOUSE EMISSIONS, HAS BECOME A RECIPIENT OF THE VARYING CONSEQUENCES. WITH THE SAHEL REGION BECOMING THE WORST HIT IN THE CONTINENT AND WORLD. 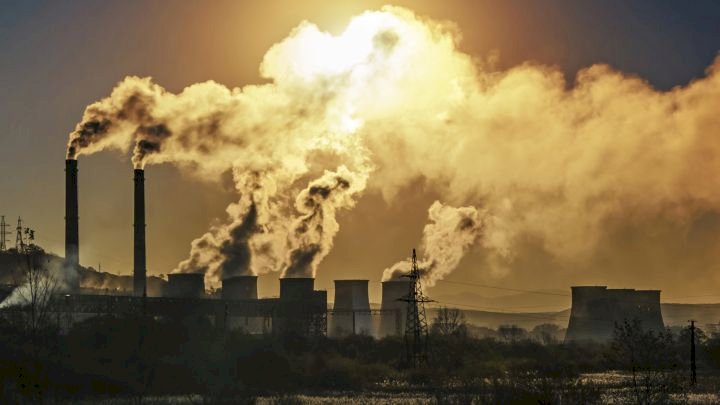 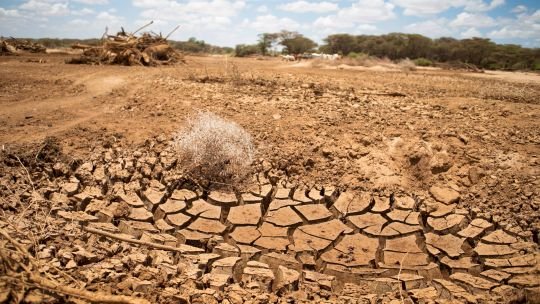 Greenhouse gas emissions on a global scale, a record high in recent times, is putting the world on an unrecoverable path towards serious consequences for development opportunities in Africa, as a result of global warming.

For sub - Saharan Africa, which has over - time experienced a more frequent and intense climate extremes over the past decades. Limiting temperature ranges to 1.5°C would be challenging, a temperature of 1.5°C is ideal to curb the effect currently ravaging the planet, which puts us out of harm's way, according to experts.

Temperature increases in the Sub - Saharan region are projected to go higher than the global mean temperature increase. Regions in Africa within 15° (degree's) of the equator are expected to experience an increase in hot nights as well as longer and more frequent heat waves. The benefits of limiting climate change to 1.5°C in this current times are enormous with reports detailing the difference an increase in temperature between 1.5°C - 2°C will make. The consequences are dire, every bit of additional warming adds greater droughts, more heat waves and chances of crop failures, invariably leading to shortages in food supply.

A problem for an already degenerating Africa, with several nations presently engaged  in fights against terrorism, banditry, community clashes, land dispute, herder clashes, and  in - fighting amongst others. Leaving many of the populace internally displaced, killed, shortages in food supply, restriction in movement of goods and placed embargo's.

In 2015 there was a proposed way forward, various African nations now recognising the ever increasing threat of climate change, came together to adopt the PARIS AGREEMENT.

Committing themselves to limiting climate change to well below 2°C. The agreement came into full implementation in NOVEMBER 2016. As part of the PARIS AGREEMENT, countries made national commitments to take steps to reduce emissions and build resilience. As well as rally round to lend a helping hand to countries financially incapacitated at any point in time, towards achieving this goal. West Africa has been identified as a climate change hotspot, with climate change expected to lessen crop yields and production, with resultant impacts on food security.

Southern Africa will also be hit, especially the western part, which is projected to be drier, with drought frequency and heat waves expected towards the end of the 21st century.  A continually warming world will have severe implications for precipitations, causing less rainfall over the LIMPOPO basin and areas of the ZAMBEZI basin in ZAMBIA, as well as parts of Western CAPE in South Africa. At this rate if the global mean temperature reaches 2°C of global warming, it will cause significant changes in the occurrence and intensity of temperature extremes in all of Sub - Saharan Africa.

West and central Africa will see particularly large increases in the number of hot days at both 1.5°C and 2°C. Over Southern Africa, temperatures are expected to rise faster at 2°C. Areas of the Southwestern region especially in South Africa and parts of NAMIBIA and BOTSWANA are expected to experience the greatest increases in temperature. Statistically no region in the world has been affected as much as the SAHEL in Africa, which is experiencing an annual increase in population growth at 2.8℅, with an environment of depleting natural resources. The SAHEL, which is heavily dependent on rainfall for its agricultural purposes, is regularly hit by bouts of droughts and floods, with consequence to it's food security.

Climate change is already considered a danger, broadening existing problems, such as conflict. The SAHEL region is particularly vulnerable to climate change, with over some 300 million people affected.

Drought, desertification and scarcity of available resources, has led to heightened conflicts between farmers and cattle herders. Weak government systems on their part has lead to social breakdowns, leading to economic marginalisation. Thus providing a breeding ground for recruitment by terrorist groups (as seen in NIGERIA, NIGER and the CHAD basin).

Needless to say, the warmer the world, the deemer the hope for Africa.