So I stumbled upon this Nigerian atheist who wants to rewrite the Christian bible. In a short online interview with the lead author whose Facebook name is Stacy Aghogho, I was able to understand the motive behind such interesting move which many will consider as dangerous and unnecessary. 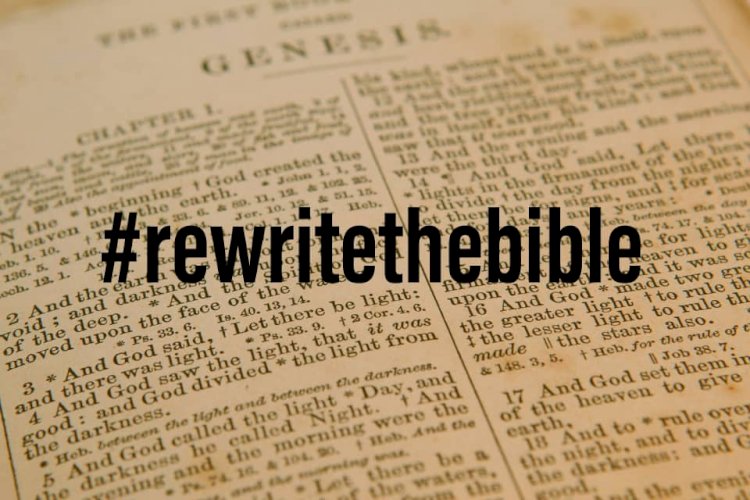 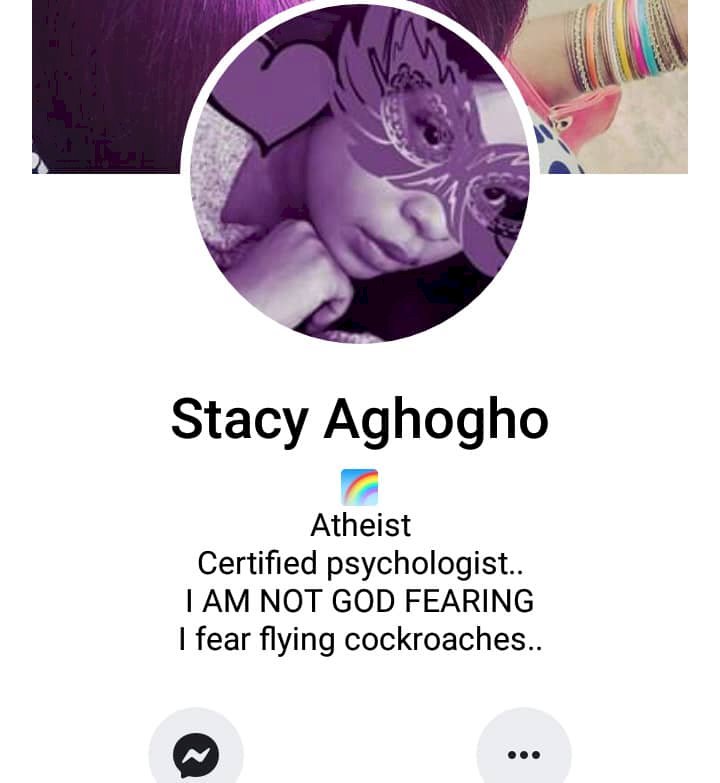 So I stumbled upon this Nigerian atheist who wants to rewrite the Christian bible. In a short online interview with the lead author whose Facebook name is Stacy Aghogho, I was able to understand the motive behind such interesting move which many will consider as dangerous and unnecessary.

Why are you rewriting the bible?

That is true but have you thought about the consequences? This is the holy bible we’re talking about; the entire church will come at you for tampering with God’s word.

Yes, they will come at us in their strength and numbers. At least they’ll read the book first, because that’s the plan. Getting them to at least read the book first then we can have a conversation like civilized human beings instead of being irrational all the time.

What inspired you to take up this project?

The negative impact of western religion in Africa inspired me to take up this project. It’s no news what western religion has caused throughout history. Think of the war, slavery, terrorism, brainwashing, oppression on a global scale and degradation of women; which is the number one reason why this project started. We will not be focusing on the Christian bible only but the three Abrahamic religions; Islam, Christianity and Judaism.

Okay, tell us about this book.

The book is basically about change. It focuses on the famous Lilith, unnamed female characters, the daughters of Eve, Eve and her descendants rather than Adam and his descendants from him to David to Jesus and so on. The book is about giving a voice to the silenced gender, because let’s face it, when you read the bible you realize it’s all about men and how a creator has decided to favour one gender over the other. Everybody should question this. How can a God play the game of favoritism? Women have voices too and we want to speak through this bible, we want to share our stories, our experiences, our ups and downs, we want you to learn our names because the original bible did not give majority of women names. It’s almost as if the writers didn’t care. You don’t know their fathers, brothers or the age they passed away. We want to replace verses like ‘A woman must not speak’ to ‘A woman has every right to speak in public and she can be the head’.. We also want to make God genderless because when people say, ‘God is a spirit and has no gender..’ and yet we refer to it as Lord, I find that very funny. Some say rewriting the bible is a sin and is punishable by death through the wrath of God. Are you not bothered by this? You could just write a new book with morals instead.

First of all, I don’t believe in the wrath of God or a God to begin with. Good and bad people die horrible deaths, this is a natural phenomenon and not rocket science or spiritual. The bible has been edited multiple times even by the church itself and everybody knows judgment will start from the church, so we might as well prepare ourselves. But honestly, I am not bothered at all. This book is important to me and I intend seeing it through.

You are an atheist, why does rewriting the bible concern you so much when you don’t believe in God at all?

Yes, that is correct but as a writer I write whatever fascinates me. Inasmuch as I don’t believe in God or gods and goddesses and demons, these things fascinate me and I love reading about them. I love reading about African deities, especially the Igbo deity, Ani most especially.. she is the mother God of the Igbo mythology, the Goddess of nature, fertility and all things dead and alive. We have Oya, Yemoja from the Yoruba mythology and so on.

How is it like being an atheist in Africa, especially in Nigeria?

Wow, it’s a lot of work. Honestly, I think people are just angry for the wrong reasons and this is the brainwashing I spoke of earlier. When I was still a Christian, a team of Jehovah’s Witnesses came to our house to preach, it was during the Christmas season. My niece of 11 spotted them and immediately shut the door, frowning and cussing. I asked her what the problem was and she said, ‘Is it not those stupid Jehovah’s wickedness people?’ and for a moment I just stood there, dumbfounded. Then I asked her why she hated them so much and she couldn’t give me an answer. She didn’t have any reason to hate people who thought differently, and that’s how I see believers, Christians and Muslims alike. Religion fuels hatred amongst them but we’re used to their insults and condemnation and we enjoy watching them panic during debates.

People have said you operate under a pseudonymous profile on social media, how true is this?

People have said all sorts of things about me. They have called me the anti Christ, a fraud, a psychopath, a liar but none of that actually matters. People throughout history have done unethical things to achieve results, many of which we enjoy today because somebody saw the bigger picture. I am more focused on what this book will offer the next generation; I am not bothered by what people say I have done because these allegations are false. I operate the anonymous account because I don’t want that attention and I don’t want it to affect or interfere with my private life which is quieter than the pseudo account.

Are you saying the people of this generation wouldn’t benefit from this book than the next generation?

The people of this generation have so much hate inside, they are stubborn and are not willing to unlearn. The holy scriptures have caused more harm than good and it has become part of us to shame women. This new bible will change all that, it will teach the next generation what the original bible should have.

And you believe this new bible will meet your expectations?

I hope so. I also know the majority will always follow the crowd but blessed are the very few who will pick up this book and read with an opened mind.

What are your expectations for this book?

Wow. That everybody reads it and just instantly fall in love with it and demand that it be the official bible for our time. For once I want people to be angry at some of the verses in these holy books. You see a verse that instructs you to kill someone or mistreat a woman but common sense tells you this is wrong but you do it anyway because it is the word of a God. I want people to question their religion, their faith and for those who don’t know where to start, this book will show you.

How many writers are involved in this project?

Well, we are still recruiting worldwide. We are currently 9 writers, so if you’re a female, you’re Agnostic, Deist, Atheist, Humanist, Traditionalist, Freethinker, scientist, theologist, archeologist and you feel you want to be a part of this project.. send us a message on our Facebook page REWRITE THE BIBLE and you will get instructions on how to start. You can also find us with the hashtag #rewritethebible

So it’s an all female writers project then.

Well, good luck on the rewrite the bible project.

Thank you very much.

Five Tips on how to get Clients from Instagram