24 African teams came to the fight, armed and all in the just concluded African nations cup AFCON 2019 which was hosted by Egypt whose national team had been earmarked by pundits as the team to behold but in the end it was another North African team, Algeria barely afforded a look by football experts that came victorious to the chagrin of many except their own supporters. 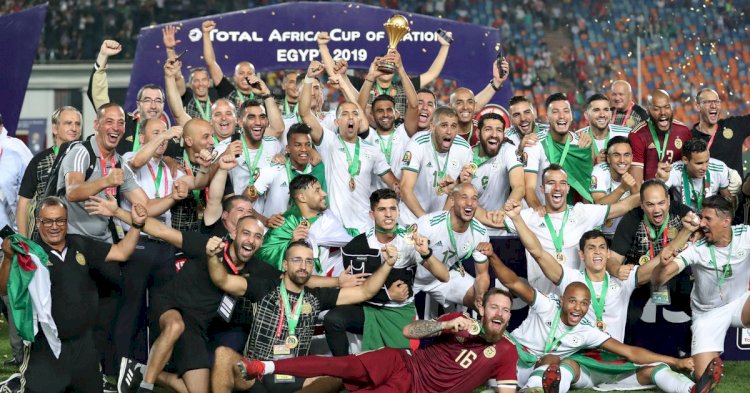 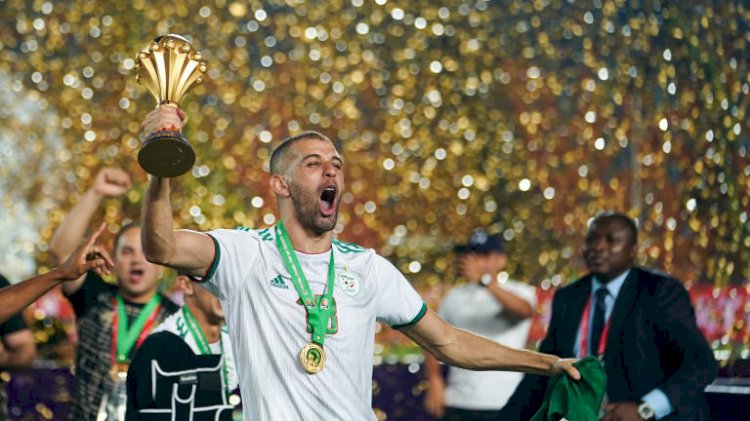 The Algerian national team nicknamed the desert foxes was behind the national team of countries like Egypt, Nigeria, Senegal, Ghana, Cameroon in the list of pundits favorite team prior to the start of the tournament owing to these teams history and success at the continental tourney but the desert foxes were not to be hushed as they came cracking from onset relying on the magic of Manchester city’s RiyadMahrez and Feghoulli of Galatasaray in the Turkish super lig. but beyond these two, some players in the team came even more prepared, outshining the stars who were seen as shoulders capable of carrying the country’s footballing ambition and top on the list of such player was 28 years old Ismael Bennacer of Empoli in Italy whose skill and maestro in the midfield left opposition defense falling like a pack of card all through the campaign and for his effort he was voted the tournament’s best player.

The desert foxes team with age average of 27.3 was one of the oldest team at the competition and it looked as though they were relying on experience to do the job for them and it proved just so as the older and more experienced players rallied the skillful and energetic younger ones to victory. With only one dusty 1990 African cup of nations trophy on their shelf, the team knew that any ambition of adding to the paltry sight will need commitment and grit especially in the group stage of the competition where they had been drawn with Kenya, Senegal, and Tanzania. The desert foxes showed how hungry they were as they made mincemeat of their opponents, claiming all possible points from the group stage and in the process, they beat Senegal, a team favored by pundits to lift the much-coveted trophy owing to the presence of Sadio Mane’s recent success in Europe with Liverpool.

Finishing first in the group stage meant that they were supposed to be playing a relatively weak team in the round of 16 and this was exactly how the team made many football fans feel as they romped to a 3-0 whitewash of an unattractive Guinean team. At this stage the boys had been separated from the men, hence it was going to be serious business and it looked as though it was the end of the road for the desert foxes when they were drawn to play an experienced and skillful Ivorian team with the likes of Wilfred Zaha of crystal palace as their arrowhead. They knew it wasn’t going to be business as usual and after playing one-all draw in normal time the match moved into extra time then penalties and the desert foxes showed how used they are to adapting and surviving harsh conditions as they made the elephants of Ivory Coast eat dust and subsequently sending every soccer-loving Algerian into a frenzy and it was reported in the news that areas in France inhabited by Algerian minorities became a sort of  security hiccup for the French police as they went wild in their celebration of the win. They were in the semifinals and their hope of claiming another trophy seemed feasible at that point but alas their optimism was dealt a bit of watering down when it became known that their opponent would be the super eagles of Nigeria, a team touted as one of the favorites to lift the cup.

Few minutes into the match against Nigeria, the desert foxes were gifted a goal courtesy of an own goal by Nigeria defender TroostEkong but it wasn’t long before Nigeria equalized through a penalty rightly awarded by VAR after an Algerian defender stopped a goal-bound shot with his hand. The game became a keenly contested one from thence with both teams coming close to grabbing a winner and it all seems to be headed to extra time until the Nigerian defense fouled an Algerian on the edge of the 18-yard box. With a wall poorly setup, Algerian RiyadMahrez who had been quiet for the most part of the game made no mistake with curling the resulting free-kick beyond the poorly positioned goalkeeper and into the net while sending the desert foxes into the final against Senegal, a team they had won in the group stage by a slim margin. The French police beefed up security in areas predominantly inhabited by Algerians in anticipation of the unexpected should the Algerian National team win their final match.

The final day came with fans of both teams coming out in colors and chants ready to cheer their favorite team to victory. The match was soon to break tournament record by producing the fastest goal at AFCON 2019 as striker Bounedjah’s shot was deflected by a Senegalese defender and goalkeeper Gomis was left to take pictures of the ball as it hovered over him and into the net.

From there the match became less of football and more of kickboxing as both teams huffed and puffed with Senegal in search of an equalizer while the desert foxes were determined to defend their lone lead with their lives. In the end, the god of soccer could only answer the prayer of a team and it was the Algerians’. They played, they scored, they conquered... To become the king in the North!

The Benefits of Regular Exercise

Which is the Oldest Civilization in Africa? Part 2