How you supposed to be black Down Under?” asks Sampa the Great on Bye River, the simmering seven-minute hymnal at the centre of her stunning mixtape Birds And The BEE9. It’s a question she asks not only of herself, but of her fellow immigrants, the Indigenous artists she collaborates with, and the white Australians who have been, to say the least, less than supportive of the art and welfare of people of colour in this country. 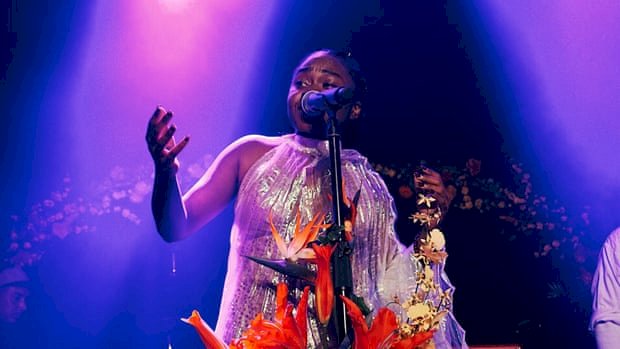 The crowd at Sydney’s Metro Theatre, on the first night of Sampa’s Birds and the BEE9 Experience tour, chant that line along with her, white and black and brown faces, and it’s simultaneously a rhetorical question and a genuine enquiry.

On stage in the warehouse-like Lair space, Sampa is garlanded with lilies and bird-of-paradise. The smell of nag champa incense hangs in the air; the small band are all in white and iridescent fabrics, and she’s a head shorter than all of them. “Sometimes when we don’t know our story, where we’re from … there’s a piece of us missing and we’ve gotta fill that in,” she says.

Sampa Tembo, 24, knows where she’s from. She came to Sydney via Zambia, Botswana, LA and San Francisco – but it’s in Australia that she crystallised her voice. She’s actually yet to release a debut album proper, but Birds, her second “mixtape”, was deemed close enough that it took out the prestigious Australian Music Prize this year. She has only been in the country four or so years, so it feels both premature and extremely tempting to claim the rise of Sampa the Great as something that could only have happened in Australia. Rather, it happened because she made it happen, and she happened to do that here, and we’re lucky to have any claim on her at all.

Her dense, dark flow has as much in common with MF Doom and Kendrick Lamar as Ms Lauryn Hill, who she’s most often compared to. She scrunches her mouth up so the words curl out in a crimped, rhotic drawl over the glimmering arrangement drenched in neo-soul and funk. Her inflections and phrasing are deliciously angular, her consonants crisp and sticky at the edges like honey toast, her voice slipping between crinkled spoken-word tumble and fluttering, breathy soul.

The effect of the stage set-up in the Metro is both welcoming and regal. Song titles, subtle animations and stars are projected on the wall beside the stage, adding a theatrical edge, and warm keyboards drift and twinkle between songs, never quite fading away. Her stage presence is unassuming but effortlessly charismatic. She beats her chest a little with a fist as the crowd roars, after a superhuman run of rapid-fire bars that pushes past where most mortals would need a breath; she raises a finger deliberately to point to her skin while talking about wanting to make her little sister feel beautiful.

It is just a few days after Beyoncé’s earth-shattering, internet-breaking performance at Coachella, which is being hailed as a watershed in the current moment where blackness is being centred and celebrated more than ever before, and mainstream (white) audiences are becoming incrementally more literate and enthusiastic about black culture, and about art that neither draws on nor speaks to the experience of white people. It’s the year of Kendrick winning the Hottest 100 and a Pulitzer, of Black Panther – and of Sampa being the second non-white artist in a row to take out the AMP, just quietly.

She folds in nods to some of the biggest moments in the current wave of hip-hop and R&B. The shadowy Karma the Villain hangs on a refrain of “… with the mask off”, as she encourages the audience to chant the phrase back at her, and the breathy, uneasy flow of Bye River sees her musing: “Token black / One mask fits all but mine is getting / Uncomfortable, uncomfortable.” On Protect Your Queen, one of the songs centred on black womanhood, she tells a lover, and the listener: “If you accept me kink and all, coconut oil / Nine curl cos I can’t be Becky and I don’t wanna be”, using the Beyoncé-coined nickname for white girls with “the good hair”.

She shrugs “I don’t need your table, I can sit by myself” on Black Girl Magik and “This my seat and the table’s been set” on Can I Get a Key, as if turning Solange’s radical invitation to dialogue and healing into a statement of defiance and independence.

Hip-hop is always in dialogue with itself and its history, but Australian-based rappers sometimes struggle to work out how entitled they are to access and reference that history. And for Australian audiences, particularly white ones, the African diaspora is experienced and filtered almost exclusively through African-American culture, but it doesn’t have to be. As an African-born artist working in Australia, Tembo has taken what she needs from where she finds it, and woven it into something that single-handedly pushes Australian music forward in a small but significant way.

After taking a bow, she and the band return to the stage for an encore, playing her The Great Mixtape standout Female to the raucous but largely respectful crowd. Immediately after, Kendrick Lamar booms over the speakers, and everyone stays to dance and yell along: “We gon’ be alright / We gon’ be alright.” 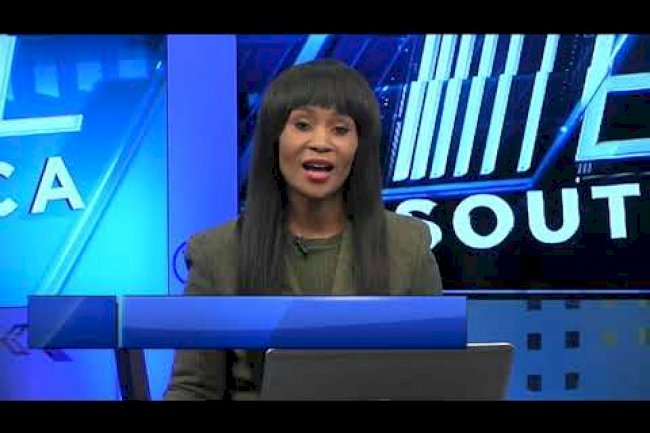 The Most Valuable Currencies in Africa