A young Nigerian Artist and entrepreneur who ventured into artificial prostheses due to an accident to his brother, ever since he has become a game changer in the business, as his currently the only prostheses maker for people of colour. 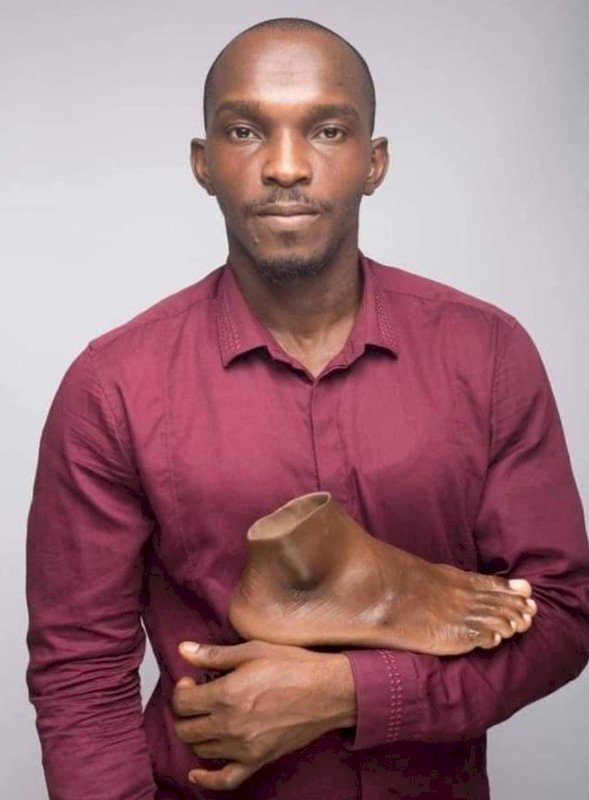 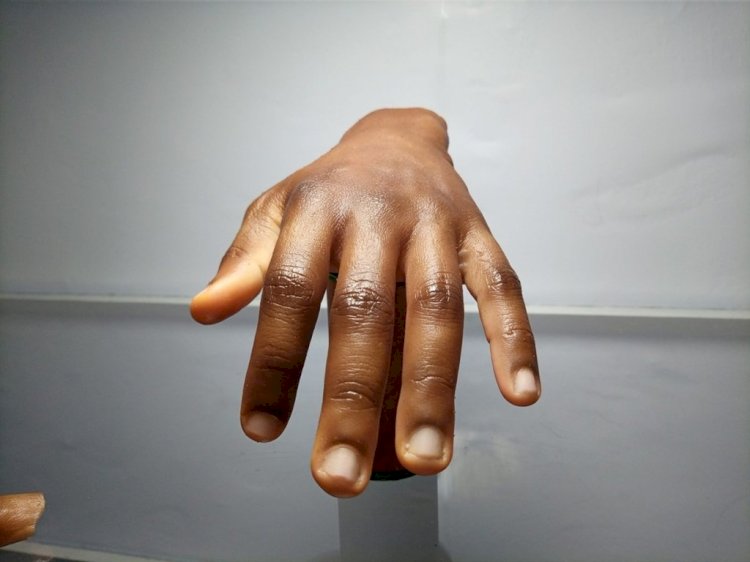 HE BEGAN HIS IMPRESSIVE CRAFT OF HYPER REALISTIC REPLICAS OF HUMAN BODY PARTS WHEN HIS BROTHER LOST PART OF HIS HAND IN AN ACCIDENT, EVER SINCE HE HAS SERVED OVER 200 CUSTOMERS IN 2 YEARS.

For amputees in Africa and around the world, living with a prostheses limb or body part opposite that of their natural skin tone is a ever present reality. Their community has been largely ignored by an international prosthetics market that caters primarily to white clients. John Amanam, a 33 year old graduate sculptor of fine and industrial art University of Uyo, and former movie special effects artist from the city of Uyo in southern Nigeria, changed the scenario three years ago, quickly becoming a leading figure in designing hyperrealistic Black prosthesis. His work  spanning prosthetic hands, legs, fingers, toes, ears, noses, and breasts was so rare that he registered his very own patent over his innovation in Nigeria last year. John arrived at prosthetics design after his brother lost part of his hand in a sudden accident. It was then that the Amanam family realised that dark skinned prostheses for people of colour where not available in Nigeria.

According to Amanam,  “I was never interested in prosthetics before that,” he says  “I simply tried to use my expertise in special effects to help my brother.”, due to unavailability of dark skinned prostheses. Without any formal training in human body prosthetics, Amanam embarked on autodidactic research online to learn the craft. After a year of experiments in his studio, with many trials and errors, he was able to finally produce a convincing hand prosthesis for his brother, which expectedly blended with the rest of his hand perfectly. When Amanam posted a picture of the custom made hand on his social media page, the positive response he got was overwhelming. Requests for prostheses from amputees in Nigeria and other parts of the world started flowing in and literally haven’t stopped ever since.

"I subsequently discovered that I was the only one around making Black prostheses; not only in Nigeria but in the whole of Africa".

With a growing demand for his work, Amanam established the Immortal Cosmetic Art company in 2018. It now has in its employment seven workers who hand make the prostheses. The company has so far served over 200 customers from all over the world and there are about a 100 more waiting in line. “We had to put a hold to production because of the constant demand,” Amanam said. “I’m hoping to expand the company and add more technology to the process.” His work has caught the attention of the international press, with stories by Reuters, Al Jazeera, and other leading publications in Africa and around the world. The production of Hyperrealistic prosthesis is not just a Nigerian or African problem,” Amanam explained. “Customized prostheses that match your skin color is rare all over the world. In the case of Africa, all the prostheses are imported from abroad.”

The most common reactions from his clients are “excitement and appreciation,” Amanam said. “Most of them had lost hope in finding prostheses that match the color of their skin,”.

Amanam’s work is billed to be showcased in the US and France as part of two exhibitions about innovations in prosthetics. But Amanam says he missed making art for the sake of just art. “I’m excited to be able to help people, but the prosthetics business leaves me little or no time for my artistic practice,” he says. “I’m working towards creating a balancing for the two. The sculptor in me still wants to share his ideas with the world.” In Nigeria, Amanams prosthesis making skill is unmatched. His silicone, manually adjustable, hyper realistic prostheses have all the markings and colours of natural body parts, and they go beyond aiding people who have lost body parts to giving them a semblance of their natural body parts, which psychologically is a morale booster.

Art is something I inherited from my father, and from my grandparents. Art made me succeed and blend into the production of Hyperrealistic prosthesis. As a sculptor, I was into realism and actualism and that also helped me in the success of the prosthesis. It’s been very interesting. I’ve been exposed to the world. I have received calls, been mentioned, and gotten clients from more than forty countries in the world. Every week, we have enquiries from at least 7 different countries. Initially, I did not have patronage from Nigerians. I had more publicity from western media and more clients from western countries. I began to be patronised by Nigerians when BBC Pidgin did a mini documentary on my prosthesis making. John has done well for himself and being a prostheses maker has been beneficial. Before his fame, John used to struggle as a sculptor, especially in getting people to know and pay for his works. But since he started making prostheses, it has shed light on his sculptures, added more value to his artworks, and led to more patronage. Now, people give him contracts to make statues, and pay for his works no matter how expensive they are. John makes money from both the sale of his artworks, and the making of prostheses.

Still its not all roses for Amanam and his team, as sometimes requests for prostheses can be overwhelming, and they cannot seem to catch a break from it all. Also other challenges encountered by his team is the lack of infrastructural facilities and materials, as most of these are imported as well as lots of foreign partnerships. John does only customised prosthesis that goes with his clients’ skin tone and sizes, and the process of making hyper realistic prostheses is also an expensive one. Some of his protheses run into hundreds of thousands of naira, still, John says that compared to others, the prices of his protheses are cheaper by half. The prices fluctuate because all the materials are imported. The quotation we give our customers who make enquiries expires in a month. Prices of prostheses differ. Presently, for ears, it is N200,000 naira and above. Fingers are between N90,000 and N120,000 Naira depending on where the finger amputation is. The foot is between N450,000 to N500,000 naira. The hand below the elbow will cost about N600,000 to N650,000 naira. I’m also not comfortable with the fact that prostheses are expensive, especially when I think of the poor and how they cannot afford 400,000 or 600,000 naira. It’s one of the sad parts I have to come to terms with. But we need the money to keep moving and producing.

Another good news is that with your prosthesis comes a manual. We give manuals to help the user use the product properly and to take care of it. The products last between 2 to 10 years, depending on how well the clients take care of the product.

John Amanam has come a long way in 2 plus years of prosthestic making, he has become self dependent, an employer and giver of a semblance of hope to amputees across Africa and people of colour around the world, with his budding plans and aspirations, we can't wait to see what he and his team has in store for the world.