Which is the Oldest Civilization in Africa? Part 2

During the time that some western and central African tribes developed brutal systems to prey upon weaker tribes in order to round up slaves for sale to Europeans, peoples in eastern and southern Africa were developing societies of their own. 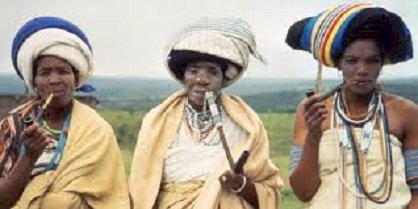 Africa was acclaimed to be the source of civilization, some of these ancient kingdoms existed over 5000 years ago as unraveled by archeologist , notable kingdoms  and empires exist of the Cush, old Eygpt, sudan, Nubia and aksum a detailed analysis on that can be read on the “which is the oldest civilization in Africa Part 1”

The Other Emerging Empires

Between 600 BCE and 600 CE, two more major African civilizations emerged: the Kingdom of Nubia and Aksum in the Northeastern part of the sub-Saharan region. Due to the relative isolation of sub-Saharan Africa in the ancient period, most of the region remained a forager society with only small villages. But Nubia and Aksum adopted the agricultural techniques of the Near East (as did Egypt before them) and became the exceptions when they developed kingdoms and an urban society.

Nubia was located on the Middle Nile, and at its height between the 6th and 4th centuries BCE had over 20,000 mostly urban inhabitants. Nubian farmers used irrigation techniques adapted from Egyptian and Near East practices to produce cotton crop, and miners dug for iron ore. With these products, smiths made iron weapons and plows, and weavers used the cotton for cloth.

As we've seen, the Nile River Valley was a place of thriving cities and civilizations in the ancient period. But what about further south in sub-Saharan Africa? In the ancient period, this region was active with hunter-gatherers and larger societies. The most important were Bantu speakers.

The Bantu tribe of Southern Africa

Bantu-speaking people and groups spearheaded a massive human migration, moving from West-Central Africa south and east beginning in the third millennium BCE and continuing for at least another 2,000 years. Over this long span of time, Bantu groups moved across the West African rainforests, across the equator, and south toward the savannas. They developed thriving agriculture, built tools and weapons, and absorbed various hunter-gather peoples along the way.

Researchers have put together the story of this remarkable migration because they've found that hundreds of current languages spoken in sub-Saharan Africa belong to languages with roots in Bantu. In fact, in most of these languages, the world Bantu means 'many peoples.' The West African Soninke people had created the Ghanaian empire and controlled the area between the Sénégal and Upper Niger Rivers

Ghana was rich in gold and developed extensive trading routes with northern Africans. As the Ghanaian empire continued to flourish, many smaller groups developed communities in southern Africa. One of these, the Mali empire, became a large and powerful empire after the fall of the Ghanaian empire in the eleventh century c.e. The Mali empire converted many living in western Sudan to Islam, the Muslim religion, and developed the famous city of Timbuktu, which became a center for trade, Muslim religion, and education. Other smaller states and dynasties, including Berber, Songhay, Hausa, and Kanem-Bornu, rose and flourished in different parts of Africa. The first of these, the Berber dynasties of the north, began in the eleventh century c.e., and the later Songhay empire began in the fifteenth century c.e. The history of Africa is filled with these shifts of power from group to group, yet our knowledge of life among these early groups is very limited.

In general, hundreds of different African groups throughout the continent developed tribal cultures based either on nomadic hunting and gathering practices or on more permanent farming techniques. These groups developed distinct systems of trade, religion, and politics

The Infiltration and Rebellion

Our knowledge and understanding of African civilization began to expand in the mid-fifteenth century, when Europeans first landed on the west coast of the continent. The Portuguese, followed by the Dutch, British, French, and others, established links between Africa and Europe. Although they had first come in search of gold and other precious trading commodities, Europeans quickly started developing the slave trade, which involved the export of captured Africans. The first shipment of humans was made in 1451 and by 1870, when the slave trade was abolished, more than ten million Africans had been transported to European colonies and new nations in the Americas

Arabic cultures infiltrated Ethiopia in northeast Africa by the seventh century b.c.e. and helped establish the Axum empire (100–400 c.e.). The first Christians arrived from Syria in the fourth century c.e. and the religion quickly took root. Northern Africa was invaded by Muslims and later by nomads, who brought more cultural changes, including the adoption of the Muslim religion in many parts of Africa. (Nomads are peoples who have no fixed place of residence and wander from place to place usually with the seasons or as food sources become scarce.)

Arabs also exported slaves in the slave trade, but the Europeans had a much larger hand in the destructive trading practice that created one of the largest migrations in history. Much of our knowledge of early Africans comes from slave traders' contact with Africans from west and central Africa who began capturing other Africans to supply Europeans with slaves.

During the time that some western and central African tribes developed brutal systems to prey upon weaker tribes in order to round up slaves for sale to Europeans, peoples in eastern and southern Africa were developing societies of their own. Beginning in the mid-nineteenth century, when more white Europeans traveled to Africa as missionaries, explorers, colonizers, and tourists, these civilizations' traditions came to the attention of the rest of the world. But the arrival of Europeans to all of Africa brought new troubles.

During the last twenty years of the nineteenth century, almost the whole African continent was divided into colonies among seven European countries: Britain, France, Spain, Germany, Portugal, Italy, and Belgium.

The presence of Europeans quickly disrupted many Africans' traditional ways of life. Some groups fled to remote areas to escape the foreigners; others developed fruitful trading practices with the Europeans. Because these early African cultures did not keep written records, little information is known about their life before contact with other groups.

These colonies divided established African communities, created political institutions to run the colonies, and imposed many new ways of living on Africans. In addition, Europeans built railways throughout the continent that quickly destroyed traditional trading routes. No longer able to follow their old ways of life, native Africans became laborers in European-run plantations and mines. Many Europeans considered colonization as a way to "civilize" African people. Traditional African cultures blended with European customs in the colonies to make new cultures. Although many fiercely resisted European domination, Africans were forced to adapt to colonial rule. Along with new jobs, schooling, and food, Africans also incorporated many European fashions into their daily costumes. Only Ethiopia and Liberia remained independent states by 1914. However, small isolated groups of Africans living in remote areas of central Africa remained untouched by the influence of European colonialism and continued to practice their traditional ways of life.

By the 1950s many African colonies began seeking independence

Africans rebelled against colonial rule and soon won their freedom, either in swift battles or long, bloody wars. Most African colonies were independent by 1960. Freed from European rule, these newly formed nation states began to establish new, African-run countries. However, many retained the general lifestyles set up under colonial rule. Western influence continues to penetrate Africa through trade and charitable organizations. The clothing worn in these newly independent African nations is a blend of traditioanl African styles and patterns and Western clothing.

10 bizarre African cultures that scare us