In global hotel terms, Africa is the last available frontier for development and expansion, with staggering opportunities for capital growth – for those who recognise that a smooth transition into this new space demands that a brand is both known and trusted. 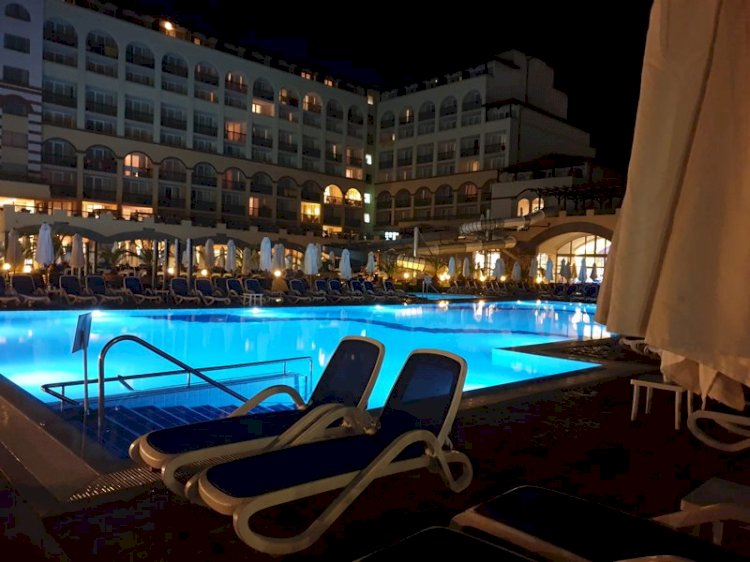 According to an African Development Bank estimate, Africa’s population has grown to 1 billion since 2010, with the continent’s middle class now 350-million strong. It is this burgeoning segment of potential travellers for Africa’s travel and tourism industry that presents a major expansion opportunity for the sector.

The potential is elevated by a maturing market that is beginning to also embrace business models that cater for all traveler sectors rather than the traditional four- and five-star guests; today many new investors in sub-Saharan Africa are focusing on lower consumer price points in order to accommodate a wider range of leisure as well as business travellers.

If these potential guests won’t be drawn by unfamiliar brands, what is the secret to the success of hospitality outfits that have seamlessly crossed over on to the continent to take advantage locally of this new market share?

Minor Hotels, Havercroft explains, achieved a solid footprint on the continent with its eleven hotels in five countries, with a combined total of more than 1300 rooms plus seventeen safari lodges and resorts in East Africa. Continued steady and selective growth such as the new Avani Suites Nairobi opening later this year firmly demonstrates the brand’s intentions towards the African hospitality map.

“We have our luxury brand Anantara, with properties in Mauritius, Zambia and Mozambique; our city and resort brand Avani with properties in Namibia, Lesotho, Botswana, Mozambique, Seychelles and Zambia; the Avani Suites Nairobi and the four-star NH Hotels brand in Somerset West in South Africa,” he says, adding that they also have an exciting brand, Oaks Hotels & Resorts, which is primarily a serviced apartment/long-stay operation.

This is a brand and model he believes has a promising future in Africa’s changing accommodation market where, he predicts, the biggest growth potential lies in the mid-market space in both the business and leisure sectors.

Havercroft has a solid pedigree as a hotelier on the continent, including at the helm at Minor Hotels in Africa for the past two years. His three decades of working in hospitality have seen him lead and manage properties as diverse as island getaways and safari destinations, along with resorts and luxury hotels across the continent.

The identities of his major competition are hardly surprising considering his argument for the importance of brand awareness in the battle to win the war for African guests. According to W Hospitality Group’s 2019 Africa Pipeline Report, the authoritative voice on the growth of the hotel industry in Africa, Marriott led the way with number of rooms and hotels (for hotel groups), followed by Hilton Worldwide and the Radisson Hotel Group. The report says that these chains, which along with Accor represent almost 70% of the total pipeline, have recognised that to develop in Africa, you have to be in Africa. All have development offices on the continent and are growing their local resource base.

Havercroft agrees that there is a need to be on the ground in order to deliver game-changing deals in the sector which, according to the same report, saw 276 hotels under development or construction in sub-Saharan Africa alone in 2019.

“While the challenge is a tough one, we are confident that we have the right recipe, and it is indeed a very exciting time to be at Minor Hotels. Our ongoing strategy has already seen the completion, in only two years, of the N$13.5 million refurbishment of Avani Windhoek Hotel & Casino in Namibia, and the R25 million rejuvenation of Avani Maseru Hotel in Lesotho, the total refurbishment of the 32 beach villas at Anantara Bazaruto Island Resort, the refurbishment of the executive suites, the Presidential suite, the main restaurant, the development of the Kubu restaurant at The Royal Livingstone Hotel by Anantara in Zambia, and the rebuilding of Anantara Medjumbe Island Resort in northern Mozambique after cyclone Kenneth.”

“Next year we’ll mark our next expansion into Mauritius with the stylish Avani Bel-Ombre Mauritius Resort & Spa,” he reveals.

In line with its pursuit of the serviced apartment/long-stay hospitality model, the group has several potential properties under consideration in strategic locations in Africa. While they consider most models, they prefer ownership and/or joint ventures with management rights and straightforward management agreements that complement the Minor Hotels brand ethos.

“The Minor Hotels brand has a footprint in 54 countries globally and brings business development experience to the challenge of positioning our brands to grow successfully on the African continent.

“Our advantage is that we are agile, flexible and open to change, which I believe sets us apart as we chase the fulfilment of our aspiration to outperform our competitors by offering unique and memorable experiences that African travellers won’t soon forget,” he says.