The most affluent families are built with something more than money. It takes wisdom, work ethic, and ambition passed down from generation to generation to transform the bloodline into a powerful force. 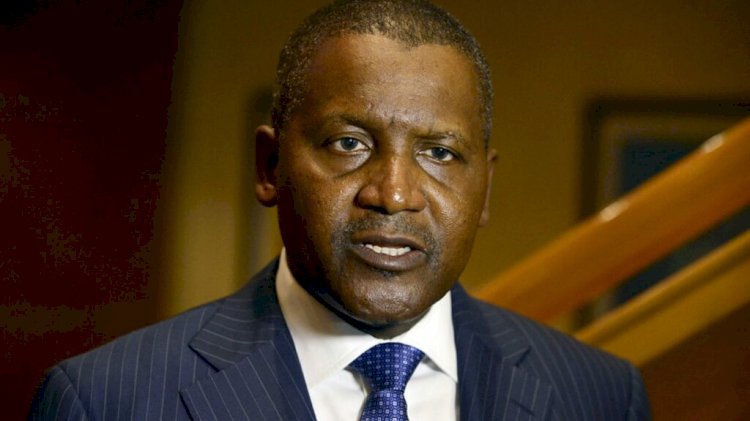 From business to the arts, politics to religion, here are 10 of Africa’s most affluent families.

From Petroleum to mining, banking, real estate, cement, retail, media, and entertainment, there are few areas of trade and investment that the dos Santos Family have not spread their reach to. At the hub is José Eduardo dos Santos, the 75-year-old Angolan president, who has been in power for 37 years. The family also boasts Isabel dos Santos, usually referred to as Africa’s richest woman. She owns banks, telecom companies, a cement factory, a supermarket chain, restaurants, casinos, and also holds stakes in various utility firms. Isabel dos Santos has a vast portfolio of investments in Angola, Portugal, Mozambique, and Cape Verde. Other influential names in the family include banker and investor, José Filomeno de Sousa dos Santos, media guru, Welwitschia José dos Santos Pego (Tchizé), and famous creative, José Paulino dos Santos, who is popularly known as ‘Coreon Dú.’

They say, “Do not despise humble beginnings.” What started out as a small cigarette company in 1941, transformed into a huge billion-dollar corporate empire, making the Rupert Family one of the wealthiest and influential families in the world. The Rupert Family owns luxury brands such as the infamous Cartier, Mont Blanc, and Dunhill under the Richemont banner. Apart from the luxury brands and cigarettes, the family also has a lot of control in the beverage industry, controlling nearly a fifth of South Africa’s wine market, as well as up to 80% of all Brandy sales. The Ruperts, through the investment company, Remgro (formerly Rembrandt S.A.), also own Mediclinic, which is one of South Africa’s biggest healthcare brands.

If diamonds are forever, then the Oppenheimers’ wealth is surely eternal. This South African family previously De Beers and Anglo American, two of the biggest names in the world of diamond, gold and platinum mining. What started as a broker job for German-born Ernest Oppenheimer in Kimberley, South Africa, developed into a mining empire whose wealth and power reigned for years around the world. Even though the family has sold most of the shares in the mining companies, the wealth and influence still remains, and it is looking like it will be forever, just like the diamonds.

Aliko Dangote comes from a prominent Nigerian business family. He is the great grand son of Alhaji Alhassan Dantata, the richest African at the time of his death in 1955. Aliko, an ethnic Hausa Muslim from Kano State, was born on 10 April 1957 into a wealthy Muslim family. He remains the richest man on the African continent for the seventh consecutive year, and owns the Dangote Group, which has interests in commodities and operates in Nigeria and other African countries, including Benin, Ethiopia, Senegal, Cameroon, Ghana, South Africa, Togo, Tanzania, and Zambia. He is father to three daugthers and despite their father’s affluence, the daughters remain private and have studied at the best universities.

The Ibru Family is considered one of the most successful and influential families in the history of Nigeria. Some of the key names the Ibru Family boasts are the late Felix Ibru, Goodie Ibru, who was president of the Nigerian Stock Exchange, and Alex Ibru, who once served as Minister for Internal Affairs and founded Guardian Newspaper. Perhaps the most influential Ibru was Olorogun Michael Christopher Ibru. Michael was well-known for having founded the first black-owned frozen fish business, as well as vehicle distribution and marketing company, Ruta, which, at one time, was the sole distributor of Mazda, Tata, and Jeep vehicles. Regardless of succession dispute rumors, the family conglomerate, the Ibru Organization, remains one of the largest businesses in Nigeria and holds a huge stake in Aero Contractors Airlines, Sheraton, and Ikeja Hotels Plc, among others.

The name ‘Kenyatta’ is influential in both business and politics, having produced two Kenyan presidents – first president, President Mzee Jomo Kenyatta, and fourth president, President Uhuru Kenyatta, The Kenyatta family’s influence is, arguably, the biggest influence in the East African Region. The Kenyatta Family commands a lot of business control in the dairy, hospitality, media, and banking industries both in Kenya and abroad. Some of the family’s notable investments include Brookside Dairy, Heritage Hotels, and Mediamax Group. They also hold about 25% shares of the Commercial Bank of Africa (CBA).

From Kenya to Malawi, Tanzania to Mozambique, the brands Azam and Bakhresa Group dominate the food, beverage, and plastics industries. What was started by Said Salim Bakhresa as a small restaurant, has now turned into a continental powerhouse. The Bakhresa Group, which has a turnover of almost $1 billion dollars annually, is currently managed by Said’s sons, Mohammed and Abubakar, and includes companies like Azam Media, a confectionery company, among many more. The Azam Group also deals in petroleum and plastics, as well as owns the Azam Football Club, which is one of the biggest football clubs in Tanzania.

The Nguema Family of Equatorial Guinea is one of the most powerful and wealthiest families of West Africa. The family consists of Teodoro Obiang Nguema Mbasogo, Africa’s longest-serving head, as well as his son, Teodorin, who is the country’s vice president, along with other relatives who serve as ministers and government leaders. It is hard to know the actual monetary value of the Nguema Family; however, in 2012, French authorities seized various luxury assets belonging to Teodorin worth close to $300 million, having us conclude that the family is worth more than that.

Faith leaders are some of the most influential people on the African continent. One of the most influential names in Malawian history is Malawi-born, South African-based prophet and entrepreneur, Shepherd Bushiri. With an estimated wealth of $200 million, Bushiri and his wife, Mary, have a combined social media reach of more than 2.5 million followers, making them one of the most influential couples on the continent. They also own a mining company, a mobile telecommunications network called PSB, and a TV station that broadcasts across the continent as well as SB University, which has campuses in South Sudan and South Africa. Prophet Bushiri’s brother, Otis, also mans a mega church in the South African city of Cape Town, while Mary’s brother, Duncan, popularly known as ‘Gwamba,’ controls a beverage plant in Malawi.

From music and artm to human rights activism, one cannot help but awe at the influence that the Kuti Family of Nigeria has had on Nigeria. Perhaps the foundation of this great family is Fela Kuti (1938 – 1997). Fela Kuti was a Nigerian multi-instrumentalist, musician, and composer who is regarded as a pioneer of the the Afrobeat music genre. A solid pan-Africanist, Fela’s music remains some of the most exported music pieces from the African continent. Fela’s sons, Femi and Seun, continue to carry their father’s musical legacy. Fela’s daughter, Yeni, who is also musically gifted, currently runs The Afrika Shrine, a revamped studio and entertainment place, which was originally founded by Fela. Yeni is also one of the founders of FELAbration, a music festival dedicated to celebrating Fela’s work.

How to build a quality brand for your business