Russia’s Africa summit, the latest step in its resurgence as a global power in Africa

Since 2015, Russia has signed military agreements with 21 African countries, and in the past decade, it has grown its trade with the continent to $20.4 billion in 2018 from $5.7 billion in 2009. Forced to find new diplomatic partners as well as markets for arms and goods after United States and European Union’s sanctions for Russia’s annexation of Crimea, the rapid growth of this partnership has set off alarm bells in Washington, D.C. and Paris. 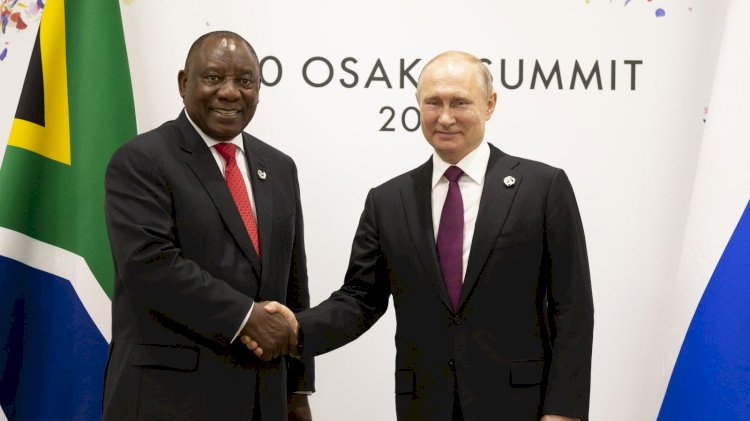 “Across the continent, Russia advances its political and economic relationships with little regard for the rule of law or accountable and transparent governance,” former US national security adviser John Bolton said in a statement outlining president Trump’s “Africa strategy” in December 2018, adding that “it continues to sell arms and energy in exchange for votes at the United Nations—votes that keep strongmen in power, undermine peace and security, and run counter to the best interests of the African people.”

In the run-up to the first-ever Russia-Africa summit, to be held from Oct. 23-24 in Sochi, Russia, with over 50 heads of state invited, the US politicians’ concerns are matched by those in European and American media (and some African media), who decry the threat Russia poses to democracy and human rights.

The Russia-Africa summit follows five years of a concentrated diplomatic, economic and military push in Africa.

The summit, chaired by Vladmir Putin, is coming on the heels of nearly five years of a concentrated diplomatic, economic and military push and looks to formalize Russia’s re-entry as a dominant global player in Africa. It follows a similar approach by the Chinese. The Forum on China-Africa Cooperation has become so influential as a source of economic support for African countries, twice as many African leaders attended the Beijing event last year as they did the United Nations General Assembly. Russia will no doubt be hoping for a similar sort of influential relationship with African leaders, even if for entirely different reasons. Russia will look to sign more military deals, including one recently announced with Nigeria to fight Boko Haram, as well as oil and gas and mining contracts with targeted countries including Madagascar, Mozambique Zimbabwe, Sudan, and South Sudan.

By the time the summit is finished, Russia will have re-emerged with its strongest ties to the continent since the fall of the Soviet Union. It comes at a time when the US is retreating from the world stage and has not established a coherent Africa policy beyond military expansion.

But a closer look at Russia’s activities in Africa shows its goals, strategy and tactics in Africa are not that different to those of the US, China, and France. While an increased Russian presence will likely mean more weapons circulating, greater support for military regimes, and potential human rights abuses, Western engagement has led to all of those things in Africa at an even larger scale. Russia’s presence on the continent is still marginal compared to those super powers, and is not currently threatening any of those countries’ core interests, although that could change.

While Russia is Africa’s top arms supplier, nearly 80% of the weapons it sells the continent are for its longtime ally Algeria.

Russia’s interest, like those of other major world powers in Africa, “involves arms exports, imports of natural resources, and the projection of power,” writes Jakob Hedenskog, researcher at the Swedish Defence Research Agency. It has accelerated its diplomatic, military and economic push by building upon its former Soviet ties, when it armed anti-Apartheid and anti-colonial movements like those in Angola, Mozambique, and Algeria. While Russia is Africa’s top arms supplier, nearly 80% of the weapons it sells the continent are directed to its longtime ally Algeria, who have relied on Russian equipment since their independence war against France in the late 1950s. Its economic plans for Africa include lucrative oil and gas, mining and nuclear energy deals across the continent.

One of the main criticisms of Russian influence is that it uses secret military units to prop up dictators and strongmen with little or no accountability for human rights. These units are often mercenaries linked to the Wagner Group, a paramilitary organization closely aligned with the Kremlin. The Wagner Group is run by Putin’s former chef Yevgeny Progozhin and reportedly has soldiers on the ground in Central African Republic, Sudan and Libya, as well as in Ukraine and Syria.

Again, the use of mercenaries is not exclusive to Russia. The US military frequently employs them to work with its client governments in war zones, including hiring the D.C.-based Bancroft Group in Somalia in 2011. Although French law prohibits private security companies, former French soldiers often work with American and British mercenary groups.

Although Russia has signed military agreements with some two dozen countries, its actual presence on the ground is still relatively marginal in comparison to the French or the US. The US military has outposts in 34 African countries and had at least 33 active missions in 2017, according to journalist Nick Turse. This includes special forces fighting covert wars in Libya, Somalia, Tunisia, and Niger, with little to no accountability to the US Congress or the broader American public.

In Niger, the US military has built a $110 million drone base and have special forces stationed around the country, who despite public denials, are frequently engaged in combat. In northern Niger along the Libyan border, the CIA has their own drone base which also carries out secret strikes in southern Libya. The Trump administration has carried out more than 100 airstrikes in Somalia since 2017, and Amnesty International found that at least 14 civilians were killed in just five of those strikes.

French special forces are on the ground fighting in Libya, Mali, Burkina Faso, Chad, and more, and France has an extensive military network across Francophone Africa. French troops also have a presence in nearly every major airport in Francophone Africa.

Although there has not been significant follow through on many of Russia’s military agreements, that may mean that it is waiting for its opportunity to pounce and thwart Western interests. “Russia might want to come first if there seems to be a competition for the deal. Russia can act really fast when needed,” researcher Hedenskog said in an interview. “That, for instance, was the case in 2014 when Russia was able to strike a deal with Nigeria, ahead of the US and the UK, in helping Nigeria with military hardware to fight Boko Haram.”

Much of the focus on Russian interference is on its activities in the Central African Republic, where Wagner Group soldiers are training the CAR army, providing security to its president, and reportedly mining gold and diamonds. It is important to keep in mind, however, that Russia was able to muscle in on this former French colony’s affairs following allegations of child rape and sex abuse against French soldiers and UN peacekeepers, as well as a failure by peacekeeping forces to protect civilians.

A grave incident that does stand out in terms of what Russia is up to in Africa is the brutal killing of three Russian journalists who were investigating The Wagner Group’s activities in the Central African Republic. An investigation by “The Dossier Centre,” a news website financed by exiled businessman Mikhail Khodorkovsky where the journalists worked, found that “military instructors employed by Yevgeny Prigozhin’s «Company» are probably involved in the incident, while the said «Company» is purposefully seeking to thwart the independent investigation.”

The killing of journalists investigating Russia’s business in CAR sends a chilling message for press freedom and accountability. Even these killings, however, should be put into a wider context of heightened threats against journalists in recent years. Three French journalists have been killed in war zones in Mali and CAR since 2013, and the families of those journalists have accused France of lying about the specific events and of not assigning sufficient resources to the investigations.

Like the US, France or China, Russia has its interests in Africa and is prepared to use undemocratic means to achieve them. It is up to African states to exploit the increased economic competition that Russia’s presence brings, while standing up for human rights and blocking potential abuses.

Five Benefits of using Google My Business for your Small Business