7 Tips For Investing In Africa

Investors in Africa must consider geo-political and economic uncertainty on the continent as well as a plethora of country and region-specific governance, compliance and regulatory challenges when investing in the region. 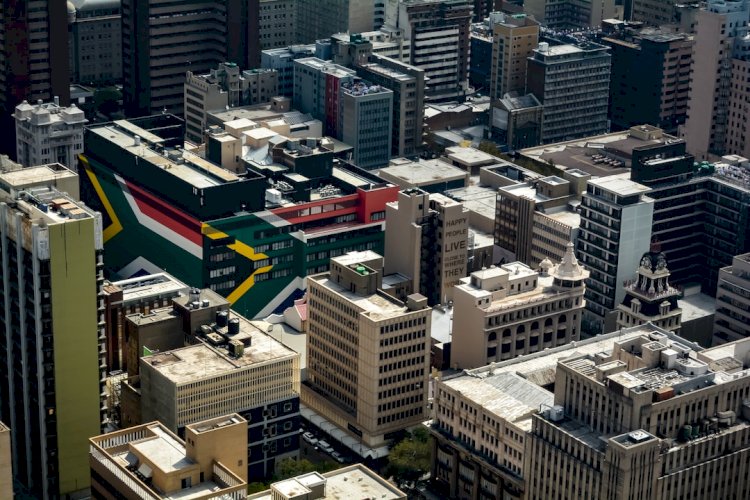 Accept the uncertainty and gather knowledge

Investors in Africa must consider geo-political and economic uncertainty on the continent as well as a plethora of country and region-specific governance, compliance and regulatory challenges when investing in the region. They must also contend with a critical lack of infrastructure and poor integration when transacting across borders in Africa.

In order to close deals on the continent, investors need access to the right information and data. The success of a transaction depends on having real knowledge instead of relying on market perception. For markets where there is a lack of reliable data, having the right partners with global, regional, local and industry-specific knowledge is crucial. Investors usually do not mind a challenge, but they have no affinity for uncertainty.

There is no single approach to investing in Africa

Investors can never assume one country is the same as any other in Africa.  Even if they are geographical neighbours, each country is vastly different to the next. The legal systems in many countries are also changing rapidly, stemming from a desire to encourage foreign investment, but also out of a need to protect the rights and resources of a country and its people.  Investors must negotiate a myriad of laws and regulations in a challenging environment. As a result, cross-border legal compliance has become so complex that investors are citing it as one of their biggest business risks in Africa.

The risk of falling foul of the law by breaking corruption and governance laws has further increased investor caution in Africa. Strict anti-bribery and anti-corruption laws in some investor countries, such as the United States and the United Kingdom, have made foreign investors nervous. Investors in Africa need proper due diligence on issues such as compliance with laws and regulations to avoid unknowingly engaging in unethical behaviour and to ensure they are able to close deals quickly and successfully.

In Saharan Africa, countries such as Rwanda and Ghana (despite some ups and downs) are getting it right in terms of striking the right balance between encouraging investment and protecting the rights of the country and its people. These countries do not have major governance concerns and they are attracting a lot of interest and investment. Botswana, although a lot smaller, is also a country that investors want to know more about. These countries have provided investors with certainty and clarity and they are now reaping the benefits of their good governance.

Countries that have the ability to attract investment but that need work include South Africa, Kenya and Nigeria. All three have large GDPs and big populations but there are concerns over governance and their ability to implement good policy. These countries need to focus on increasing certainty and clarity for investors and making sure that newly implemented policies are aligned and consistent.

Adding to the risks of investing in Africa are the recent escalating global trade tensions, which have culminated, for example, in the United States (US) implementing 25% tariffs on all imports from China, with China proclaiming it will retaliate. China is Africa’s largest trading partner, so when Chinese-made products are hit with US tariffs, there could be a knock-on effect.

Further, a “no deal Brexit” might become a reality, and this could substantially increase trade frictions and undermine business investment, including in Africa. If Brexit were to lead to increased risk aversion and reduced investor appetite towards emerging markets, this would impact on United Kingdom (UK) investment in Africa. There is hope, however, that Brexit, might impact positively on investment between the UK and Africa in that it has resulted in UK trade outreach initiatives to various historic trade partners on the continent. Prime Minister May announced on her visit to South Africa in 2018 that the UK would invest an additional GBP 4.5 billion in African economies.

As parts of the world appear to fragment or turn inwards, there is an opportunity for African nations to work together and speak with one voice. Investors are watching the imminent implementation of the African Continental Free Trade Area (AfCFTA), set to be the first continent-wide African trade agreement. The agreement has the potential to facilitate and harmonise trade and infrastructure development in Africa.  AfCFTA includes protocols, rules and procedures on trade, simplified customs procedures as well as dispute resolution mechanisms – all aimed at creating a single legal framework for the continent, and making it easier to trade and invest across borders.

Investment in infrastructure and development of regional economies

Key to boosting investment – and enabling African economies to make the most of their opportunities – is developing infrastructure. An important part of this is the creation of cohesive regional economic hubs by developing infrastructure that links countries together. This will increase the ease of cross-border transactions and grow investment across African regions organically.

According to African Development Bank (AfDB), poor infrastructure has cost Africa a cumulative 25% in growth in the last two decades. The World Bank estimates that the continent needs more than US$90 billion per year to begin bridging the infrastructure gap.

A report by Baker McKenzie and IJGlobal, ‘A Changing World: New trends in emerging market infrastructure finance’ showed that development finance lending was the most important factor in the funding of infrastructure projects in Africa. It also outlined how the battle for influence on the continent between development finance institutions from China and the US was heating up as the continent continued to find ways to bridge its vast infrastructure gap. The report noted that China put US$8.7 billion in sub-Saharan Africa infrastructure projects in 2017 alone, while the US recently set up a new US$60 billion agency to invest in developing countries. In 2018, the US reiterated its commitment to strong partnerships with key countries in Africa and said it would also seek to promote intraregional trade and commercial ties with its African allies, shifting its focus from “indiscriminate aid” to one of trade and investment.

Further, China’s Belt & Road Initiative (BRI) has shown that it will provide opportunities in major projects in the power and infrastructure sector and related financing in Africa. One advantage of the BRI for both African governments and project sponsors is that it is reported to assist in the speed of project implementation, an important consideration for investors. Other noteworthy advantages cited by Baker McKenzie’s Africa Relationship Firms, whose countries have already benefitted from the BRI, include the boost to the economy of the resultant growth of infrastructure, the development of new skills and the creation of jobs.

The lack of speed of project implementation can kill transactions. Dealing with onerous government policies and complex legislative frameworks can add considerable time to deals, and even stall them. To ensure local compliance, it is vital for investors to partner with advisors who have knowledge and experience in navigating the specific policies and legal frameworks of target investment locations.

Investors also expect their advisors to be able to offer the latest in legal technology (legaltech) and innovation to ensure speed and efficiency when they are closing deals in Africa. Africa is technologically advanced in many ways as it lacks the legacy IT systems that encumber other countries, and this has allowed it to leapfrog a number of traditional technologies. This encouraging environment for technology, media and telecommunications (TMT) investment has meant that the sector in Africa is predicted to show impressive growth in M&A in 2019, with transactions exceeding US$ 5.9 billion, according to Baker McKenzie’s Global Transactions Forecast (GTF).

While many smaller law firms are finding the costs of implementing legaltech to be prohibitive, the solution lies in partnering with the large global firms who are able to share access to their technology. Baker McKenzie has long been known for its forward thinking approach to innovation. The Firm has adopted a design thinking model for the delivery of its innovative legal services – by asking  its clients what they need and then building solutions with them. This has led to the implementation of, for example, a global e-discovery and investigations platform which has dramatically reduced lawyer time on transactions, while improving the insight, judgement and predictability of outcomes that clients expect from their legal advisors. The firm also employs document analytics tools, which use machine learning and natural language processing to improve the accuracy of documents and extract relevant data from large sets of documents. This tool speeds up due diligence exercises and clients are able to get quick insights from large suites of contracts and achieve greater cost efficiency as a result. Tools such as these can enable the effective implementation of multinational projects spanning 60 or 70 countries at a time at a surprisingly rapid pace – an incredibly useful tool in a continent with so many different legal systems.

The right business partners in Africa

Despite numerous global and regional challenges, investment in Africa  is predicted to grow this year – the GTF predicts that African M&A values in 2019 will be valued at around US$ 13 billion in total. To take advantage of this positive investment climate, investors must form close working relationships with the best legal counsel, as well as due diligence experts and local advisors on the ground in Africa who have specialist knowledge and understanding of the particular commercial challenges within their investment locations.

To maximize deal certainty and secure the intended value of transactions in Africa, Baker McKenzie’s focus has been to grow its Africa transactional practice. The Firm has 2 500 transactional lawyers (globally and in Africa) with expertise spanning banking and finance, capital markets, corporate finance, funds, M&A, private equity and projects. The transactional team works closely with its cross-practice, advisory and contentious legal teams should a dispute arise that requires litigation.

In addition to over 100 lawyers with boots on the ground in its African offices, investors are supported by global Africa specialists from across the Firm’s 77 offices, and local legal experts in its extensive network of African Relationship Firms, which comprise the best law firms across the continent. The  team’s deep-sector expertise and ability to work seamlessly across borders, means they can help investors to shape, negotiate and close complicated deals and projects in unusual contexts, across multiple jurisdictions in Africa.