With scenic landscapes, amazing culture, delightful cuisines, and an abundance of wildlife, Africa is a destination that will surely amaze and inspire any visitor. The more popular safari destinations like the Serengeti in Tanzania, Masai Mara in Kenya, and the Kruger Park in South Africa continue to enjoy an influx of visitors from all over the world every year. A true testament to their grandeur and greatness. But what about the lesser known parks across Africa? They are also worth visiting in their own right and can provide a unique experience that makes you appreciate the majesty of the African continent even more. 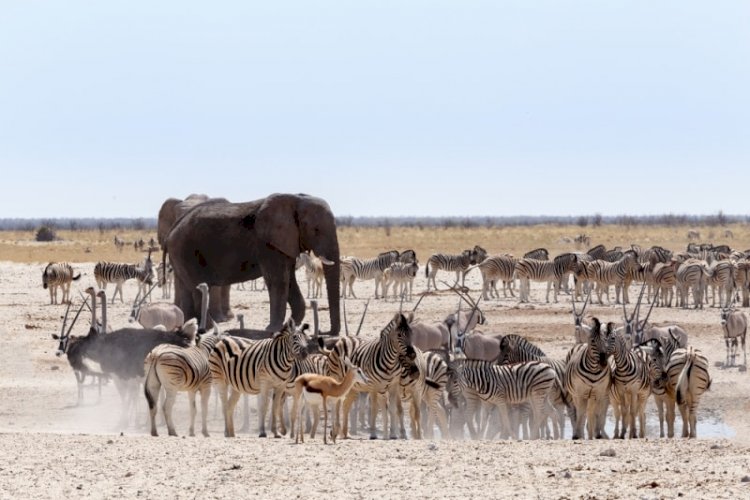 Located on the edge of the Rift Valley beneath the cliffs of the Manyara escarpment, Lake Manyara National Park is a paradise for bird lovers and provides breathtaking views of rolling grasslands, ground water forests, and baobab strewn cliffs. Its algae-streaked hot springs are a favorite stop among visitors and offer an incredible ecological variety in such a small area. Lake Manyara hosts an incredible array of birdlife that thrives on its brackish waters. Against the grey minerals of the Lakeshore, you can spot pink flamingos as the stoop and graze by the thousands, yellow-billed storks swoop, and herons flap their wings against the sun-drenched sky. Aside from being famous for its tree-climbing lions (the only kind of their species in the world), Lake Manyara National Park is also home to the largest concentration of baboons in Africa.

A swath of steep mountains covered in a thick, steamy jungle, there’s hardly a more reminiscent African destination than the impenetrable forest of Bwindi. Gazetted a national park in 1991, Bwindi Impenetrable National Park lies in southwestern Uganda on the edge of the Rift Valley. Its mist-covered hillsides are blanketed by one of Uganda’s ancient and biologically diverse rainforests, which contains almost 400 plant species. The stars of the show, however, are the approximately 400 mountain gorillas (roughly half the world’s population), including several habituated groups that can be tracked. The combination of its broad altitude span and its antiquity has produced an incredible diversity of flora and fauna, resulting in some 120 mammal species and over 350 bird species that call Bwindi home.

Flanked by rocky escarpments, waterfalls, and pockets of acacia forests, Lake Nakuru National Park is among Kenya’s finest national parks. It is gorgeous all year round and is home to lions, hippos, and the endangered Rothschild’s giraffe. It is one of Kenya’s premium parks, and a paradise for bird lovers. Originally protected as a bird sanctuary, Lake Nakuru National Park hosts over 400 bird species, including five globally threatened species. Tourists can go game driving, enjoy the view of the lake, take great photos, and even have picnics on picnic tables present at the site. Tourists can also take a short hike to visit the nearby Makalia falls.

Etosha National Park is located in the Kunene region and shares boundaries with the regions of Oshikoto, Oshana, and Otjozondjupa. It is home to hundreds of species of mammals, birds, and reptiles, including several threatened and endangered species such as the black rhino. As one of the most popular tourist attractions in the country, visitors can catch a glimpse when animals flock to the Okaukuejo waterhole at night. You can spot elephants and lions as they emerge into the illuminated area around the pool to drink their fill and wander off in the darkness.

Located in the beautiful Eastern Cape province of South Africa, Addo Elephant National Park is home to over 600 elephants and is known for its rich biodiversity. Split into several separate areas including the main inland wildlife area and two coastal conservation areas located north of Sundays River, Addo Elephant National Park incorporates a wide range of different habitats. Though elephants are the parks main highlights, it is also home to buffaloes, leopards, lions, and rhinos. Addo also boasts an incredible variety of birdlife with more than 400 species recorded within the park boundaries. Self-drive safaris, guided safaris, horse riding, and marine adventures are some of the popular things to do while at the Addo Elephant National Park.

Discover some of the lesser known safari destinations today. As you can see here, there are plenty of them and in these places, the crowd of tourists will be less and you feel more alone in the wild.