A look at the incessant rise in substance and illicit drug abuse among the African youth. 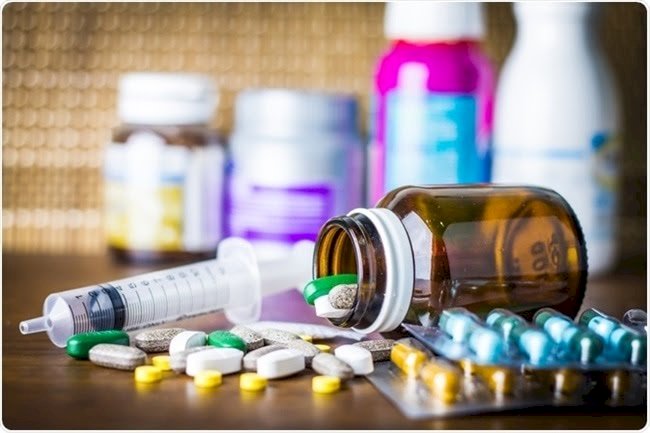 Africa for some time now has been battling with problems ranging from wars, communal clashes, disease, poverty and most recently banditry and kidnapping to name a few, these diverse problems has ravaged and continues to ravage the continent indiscriminately. However a lesser looked at issue is that of drug and substance abuse among it's teeming and ever increasing population, of which teengers and youths are most implicated. When we talk about drug and substance abuse, we not only refer to illicit drugs and substances such as cannabis, heroin, cocaine amongst others, but also to the abuse of prescription pharmaceutical drugs such as codeine, tramadol, lexotan, aphrodisiacs as well as others.

What are the two main types of substance use disorders common on the continent?

They are: Alcohol and drug use disorders.

Some people abuse both substances, while others are addicted to one or the other.

It is safe to say because of the level of poverty in Africa, people turn majorly to alcohol and cheap illicit drug such as cannabis as substance abuse as they are relatively cheap and affordable. This form is the most common practised on the continent, as regulations, embargoes and penalties for defaulters are largely non - existant and even when they are, compliance is negligent.

What Is the most popular drug abused in Africa?

CANNABIS - It remains the most widely used illicit substance in the African Region. The highest prevalence and increase in use is been reported in West and Central Africa with rates between 5.2% and 13.5% as per UN statistical data on substance abuse in the African Region. Cannabis is the drug of choice for abusers as it is affordable and easily accessible with farmers, distributors and sellers abound in every nation on the continent. Two in every youth across West and East Africa have reported using cannabis as a constant recreational drug and others reported having used it at least once.

Apart from cannabis, what other drugs are common in Africa?

THE other drugs involved are heroin, marijuana, cocaine and methamphemine. In the last few decades, various countries in East Africa have become major ports of entry in the international drug trade; illegal substances are transported there from Asia before they are smuggled into Europe and the United States. Africa has become a stop - in shipment point for foreign smugglers who take advantage of our porous borders, lawlessness and corrupt system of governance to smuggle ilicit drugs.

What are the four major drug categories?

The Main Categories Are:

Stimulants - Are substances that act to increase physiological or nervous activity in the body, also anything that promotes activity, interest and enthusiasm in the body. An example is cocaine, which in itself is a stimulant narcotic in the form of  white powder that users generally self administer by insufflation (inhaling) through the nose, and in other instances by injection (intra veinous, through the veins). This is not so widely used in Africa as opposed to cannabis, because of its high cost, it is very addictive and habitual use is cost effective, as it is not affordable and easily assessable.

Depressants - Are pharmacological substances which decreases neuronal or physiological activities. In this case we are looking at alcohol, which affects ability to concentrate, focus and exhibit rational thinking. Again this is also one of the most commonly abused substance on the continent, as is cannabis it is affordable and assessable to all, as such is it indiscriminately abused.

Opium Related Pain Killers - Opium, a yellow brown addictive narcotic drug, obtained from the dried juice of unripe pods of the Opium poppy, containing Alkaloids, Codeine and papaverine. An example is heroin, which is derived from Opium, it is a very dangerous substance as it produces intense euphoria which can lead to feelings of abnormal behaviour and abilities, invariably leading to possible death.

Hallucinogens - Regarded as any substance tending to induce hallucinations, a sensory perception of something that does not exist, arising from a disorder of the nervous system - delusion. While under the influence of hallucinogens, users might see images, hear sounds or feel sensations that seem to be real but aren't. Examples include:

Ayahuasca, DMT, LSD, Mescaline, PCP, Psilocybin amongst others. Hallucinogens can be man made or gotten from plant or mushroom extract. Hallucinogens use in Africa is not so common but still substantially used, as availability and cost is a major issue, as opposed to cannabis and alcohol which is widely used.

What makes the African youth abuse substances and illicit drug?

"Charity indeed begins at home" as the saying goes, bad parenting is a determinant in most cases of drug and substance abuse, as tennagers and young adult find themselves increasingly dependant on guidance from their peers other than parents. This advice and information they get is mostly wrong and outrightly deceitful to say the least, leading them into harmful habitual practices, the likes which are drug and substance abuse.

As a draw back of ineffective parenting, the young adult finds him or herself winding up with the wrong kind of friends and association, invariably leading to practices as stated above.

Peer Pressure And The Society

The society we live in today has largely contributed in part to the level of decadence and total moral bankruptcy experienced on the continent today, how? you may wonder.. The average youth is exposed to these illicit drugs and substances regularly, daily, on every street corner and ally way. It is easily assessable and very affordable, zero regulations and laws have been put in place to curtail these ugly snake rearing it's head. Farmers, manufacturers and importers are having a filled day with their activities.

Also peer pressure is another factor, as a large majority of these youths are already involved in most of these practices, thereby luring others to follow suit, as it is seen as being "cool" to be a substance abuser (smoking of marijuana and drinking of alcohol).

What Can Be Done?

Regulations and laws guiding against such practices from the farmers, manufacturers and importers of these substances should not only be made but implemented, as implementation has been the major challenge facing the continent. Substances such as marijuana and cocaine which are gotten from plants have their place in conventional medicine, as such, laws should be put in place to regulate their activities as it is a source of livelihood to these farmers and manufacturers. Also close monitoring of certain Opium Related Pain Killers such as codeine, tramadol and some forms of cough syrup, which are been heavily abused on the continent is a must. These drugs should be labelled "prescription" drugs, that is, they are only available to be purchased with a certified prescription from a doctor or qualified medical personnel, other than the over the counter availability as seen in virtually all African countries.