In our series of letters from African writers, Nigerian novelist Adaobi Tricia Nwaubani laments that internet scammers have become role models for many youths in her country. The Federal Bureau of Investigation (FBI) in the US has indicted 80 people - 77 of them Nigerians - in what it describes as the "largest case of online fraud in US history". 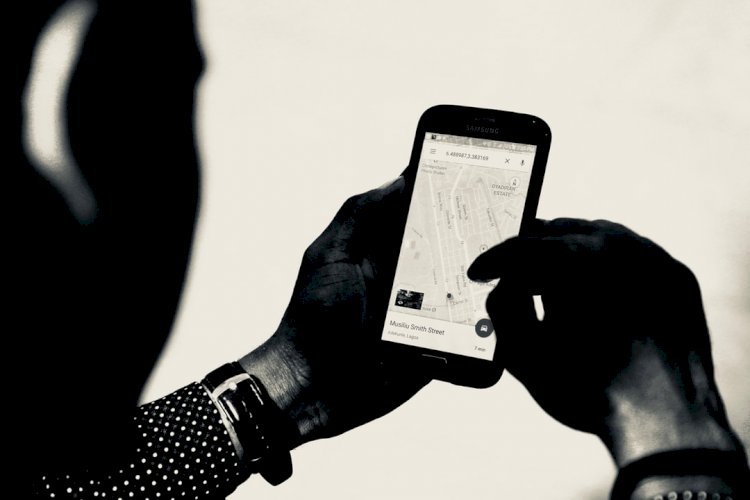 But most shocking for Nigerians was the separate arrest of their internationally celebrated business tycoon, Obinwanne Okeke.

The head of Nigeria's Invictus Group, which has interests in sectors ranging from agriculture to real estate, he was named by the respected Forbes magazine in 2016 as one of its 30 top African entrepreneurs aged under 30.

Now Mr Okeke - or Invictus Obi as he is popularly known - is accused by the US authorities of stealing $11m (£8m) in one online scam alone.

He pleaded not guilty in court last week, and was remanded in custody. 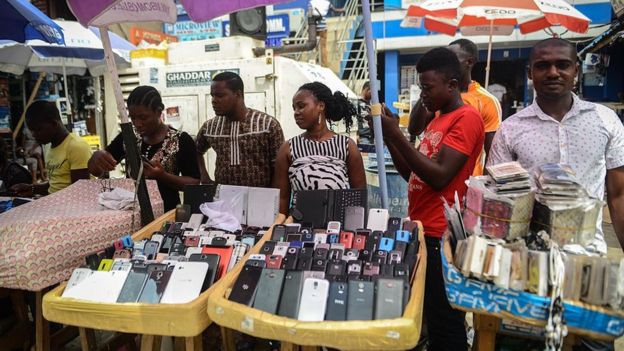 Yet this does little to deter more Nigerian men from involvement in what has been revealed as a widening network of global cyber fraud.

When Nigerians first attained notoriety in the 1990s for defrauding Westerners of millions of dollars, the scams became known as 419 after the section of the Nigerian penal code which tackles such crimes.

Nigerians, who are generally religious, also linked the aptness of this number to the Book of Psalms, chapter 41 and verse 9 (41:9), which seems to describe the typical advance fee fraud: "Yea, mine own familiar friend, in whom I trusted, which did eat of my bread, hath lifted his heel against me."

These days, the scams, which are conducted mostly online, via email and messaging apps, are often referred to as Yahoo Yahoo.

They are usually romance scams, or phishing, which FBI special agent Michael Nail once referred to as "modern-day bank robbery".

"You can sit at home in your PJs and slippers with a laptop, and you can actually rob a bank," he said. 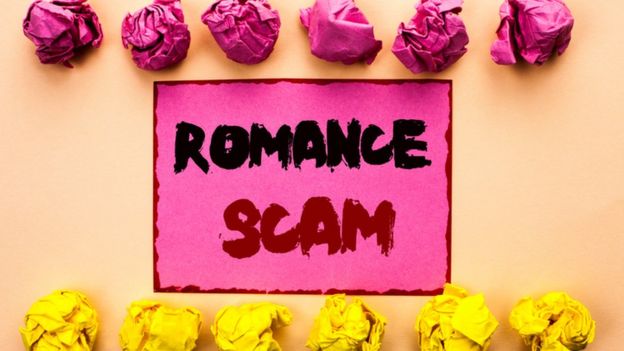 The first wave of Nigerian 419 scammers were mostly uneducated criminals.

The next group comprised young, educated men who were frustrated by the lack of formal jobs in an economy ruined by a series of military dictatorships and years of mismanagement.

They noticed the uneducated scammers accumulating wealth and esteem, and decided to join them.

After that followed a batch that simply admired the scammers.

They had observed the scammers establish legitimate businesses from fraudulent funds, and become respected philanthropists or politicians in senior leadership positions.

These people are the inspiration for many up-and-coming scammers, and many young Nigerians consider scamming a career path and a valid source of income.

In May, Nigeria's anti-corruption agency, the Economic and Financial Crimes Commission (EFCC), raided a "Yahoo Yahoo training school" in the commercial capital Lagos, arrested the proprietor, and eight students who were allegedly being taught skills to carry out cyber fraud.

The FBI's intermittent busts always lead to national shock and embarrassment, and a period of collective soul-searching no matter how brief.

The local media has provided a stream of headlines and commentary about Mr Okeke and the other men indicted - whom we must remember are innocent until proven guilty in court - while various experts have suggested what can be done to turn young Nigerians away from the wide and wicked path.

The fraudsters flash their lavish lifestyles in our faces. We attend their ostentatious weddings and parties."

Videos have circulated of the accused men engaged in lavish displays of wealth, such as throwing a party where guests danced on a floor covered in dollar notes and having a "champagne bath", drenched from top to toe in the expensive wine.

Also in circulation are photos of some of them posing with top government officials.

One man on the FBI's list was on the inauguration committee of a newly elected state governor barely three months ago. The BBC has not verified the authenticity of the videos and photos.

The mocked government officials were quick to deny any close association with the accused.

But the truth is, that sometimes it turns out that the fraudsters are known to us.

They are our brothers' friends, friends' husbands, dates, or relatives who genuflect as they smile sweetly and say to us: "Good morning, Auntie."

A young man who was on the FBI's most wanted list for years and eventually convicted of $40m fraud in 2013, is the only son of a lovely woman I considered my mother's prettiest and most fashionable friend while I was growing up in Umuahia city in south-eastern Nigeria.

These fraudsters flash their lavish lifestyles in our faces. We attend their ostentatious weddings and parties. 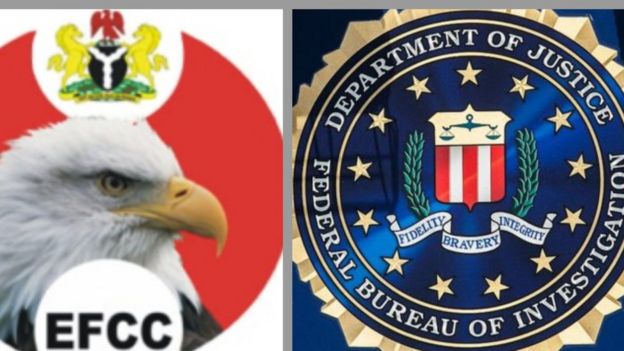 They are the special guests at our events. Our community and humanitarian projects benefit from their largess.

But we feel immensely ashamed when their names feature on FBI lists or when they are arrested. They become a national disgrace.

"This is double damage on every citizen of Nigeria," said presidential spokesman Garba Shehu, following the arrest of Mr Okeke and the other Nigerians indicted.

"It is a big scar on all of us who go out of this country and are seen in this image that these our brothers have created," he added.

If convicted, Mr Okeke faces up to 30 years in jail, experts say. His court case will resume in February 2020.

Nigerians are particularly worried that the scams might hamper international recognition of the country's young entrepreneurs and the granting of visas to those with legitimate business interests in the US.

There is also that part of some Nigerians that cannot help but admire these young scammers - the ingenuity and audacity that enables them to swipe, with ease, millions of dollars from American neuroscientists, British CEOs and German scholars.

Imagine if these young criminals had better role models and opportunities. Imagine how much they could contribute to the advancement of humankind.