Africa, the beautiful bride to Beijing and Moscow

Putin said that Russia has already written off about $20 billion of debts to African countries that had accumulated during Soviet times. 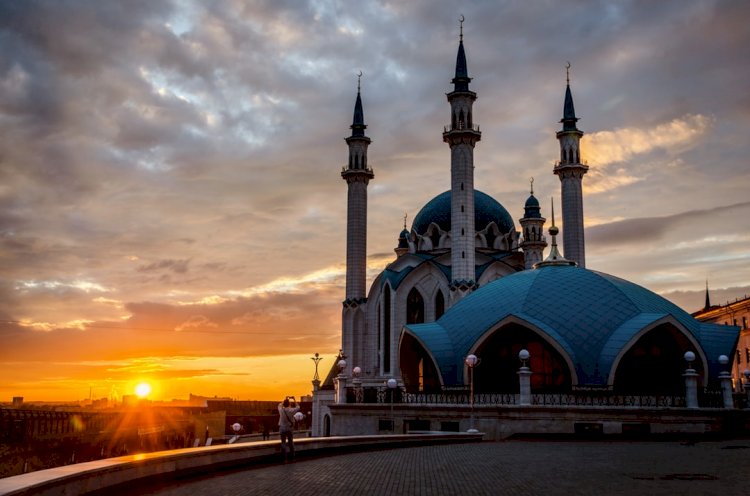 Just recently China through its Forum on China and Africa Cooperation (FOCAC) consisting of  Heads of State, Governments and delegations from 52 African countries met in Beijing, the aim is going forward on Africa and China to forming a stronger synergy in world bodies such as the UN, World Trade Organization and G77+China. They will align themselves in pursuit of the UN Sustainable Development Goals, Agenda 2063 of the African Union and support individual national development strategies. Overall, this should generate more resources for everyone, expand markets and create space for African development and broaden its economic prospects. To realize this, African countries participated in China’s first-ever International Import–Export Expo in Shanghai. It is important to note that China has categorically stated their commitment to non-interference in the internal affairs of members, as well as pledged to support development efforts without political strings attached.

On the same vein The Russian Federation has written off debts of African countries in the sum exceeding 20 billion US dollars. It was announced this October by Russian President Vladimir Putin at the economic forum which held as a part of the Russia – Africa summit in the city of Sochi.

Putin also noted that joint programs were launched with some African countries. According to him, these programs involve the use of debt funds to finance national economic growth projects.

In Sochi, this October, the Russia – Africa summit is taking place under the chairmanship of the presidents of Russia and Egypt, Vladimir Putin and Abdel Fattah el-Sisi. The leaders of all 54 states of the continent were invited to it, and more than 40 confirmed their participation. At the same time with the summit, an economic forum is taking place. National leaders, as well as the representatives of business and government agencies participate in it.  It was reported that the Russian Export Center and the banks of the country, together with a number of foreign partners, are going to sign an agreement on creating a platform for trade payments between Russia and African states. It is expected that it would concern the volume of about 5 billion US dollars.

By writing off billions of dollars owed by African countries, Russia has “opened a way for its companies to operate on the continent,” said Kremlin Spokesperson Dmitry Peskov, as cited by the Interfax news agency.

Peskov explained that for a long time the debt burden had prevented the development of collaboration and cooperation between African countries and Russian companies. By law, companies with major debt could not enter into any new projects, he explained.

“This is how it’s been cleared up,” Peskov noted.

The presidential press secretary pointed out that companies will now be able to work on a mutually beneficial basis, earning money and increasing trade. “It’s a lot of employment, it’s expansion on the global and African markets,” he remarked.

Commenting on the criticism directed against Russia’s decision to write off African debt, Peskov noted that writing off happened a long time ago. For example, in 1996 the World Bank and International Monetary Fund initiated a program to ease the debt burden on African countries, and Russia took part in the initiative. In 2006 there was a government decree, and these debts were written off. The debts in question were “unrecoverable”, Peskov observed.

Putin said that Russia has already written off about $20 billion of debts to African countries that had accumulated during Soviet times. “It was not only an act of generosity, but also a manifestation of pragmatism, because many of the African states were not able to pay interest on these loans,” he said.

Here is an overview of African countries that have had their debts to Russia written off in recent years:

Ethiopia’s debt is expected to be cancelled under Russia’s debt-for-development program. The program assumes that debt cancellation is made in exchange for privileges such as expanding business opportunities for Russian companies, access to natural resources and building strategic economic ties.

In 2017, Russia forgave Mozambique’s $40 million debt. The decision was made under the UN World Food Program (WFP) to free up resources for humanitarian development.

David Beasley, the WFP’s executive director, said this debt swap is the largest in WFP history and is expected to provide meals to 150,000 children in Mozambique over a five-year period.

In 2015, Russia signed a decree forgiving $89 million of Madagascar’s debts to Moscow, directing this money to be used for development projects in the country. The action was part of the G8's decision to aid the world’s poorest countries.

Tanzania was one of the first African countries to have its debt canceled under Russia's debt-for-development program in the early 2000s. Putin called the move "not only an act of generosity, but also a manifestation of pragmatism."