(CNN) - In an effort to fight climate change, the United Nations announced Sunday that Gabon will become the first African country paid with international funds to preserve its rainforest. Gabon will be paid by Norway to preserve its forests, and the funds will help reduce greenhouse gas emissions 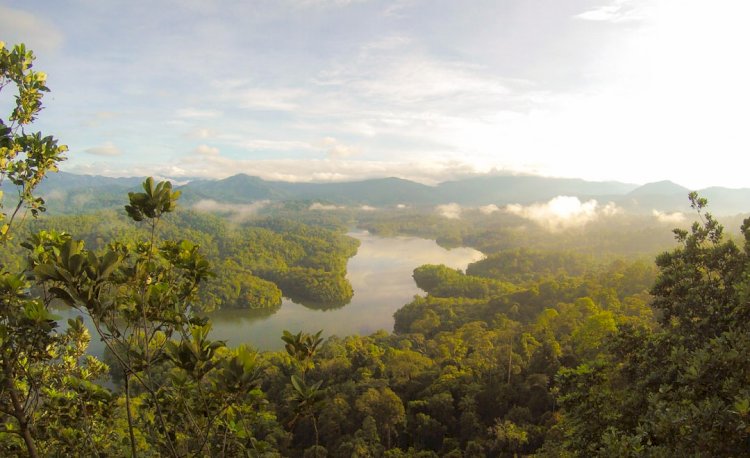 CAFI is a collaborative partnership between the UN Development Program (UNDP), six Central African countries, Food and Agriculture Organization of the United Nations (FAO), the World Bank and a coalition of donors including the United Kingdom, Norway and South Korea.

According to a statement from CAFI, the historic 10-year deal with Gabon will see that the country maintains up to 98% of its rainforests.

"The 150 million US dollars agreement announced today between Gabon and Norway via the Central African forest initiative (CAFI) is historic in many ways. For the first time, an African country will be rewarded in a 10-year deal for both reducing its greenhouse gas emissions from deforestation and degradation, and absorptions of carbon dioxide by natural forests," according to the statement.

Up to 80% of Gabon is covered with forests, according to a report in Mongabay, a website of environmental news.

In the statement, Ola Elvestuen, Norway's minister of climate and environment, said he hopes the partnership will help Gabon maintain 98% of the forests.

"I am very pleased with this results-based partnership through CAFI, which includes a historic carbon floor price to further encourage Gabon to continue to preserve its rainforest. This is a major breakthrough for REDD+ in Africa," Elvestuen said.

For many years, Gabon has been a leader in Africa in preserving its rainforests.

In 2002, it announced the establishment of its first national park system at the World Summit in South Africa.

The park system consists of a network of 13 parks. One of them, Lope-Okanda national park, is listed as a UNESCO natural heritage site.

The country also hosts more than 50% of the surviving forest elephants on the continent, which CAFI said was a "key indicator of sound natural resource governance."

Raising the value of Gabonese rainforests

But Gabon is not without its environmental challenges.

In June, following a corruption scandal in which hundreds of containers of illegally logged kevazingo wood went missing, the country's former forests minister was fired.

Lee White, the country's new minister of Forest, Seas, Environment and Climate Change, says raising the value of Gabonese rainforests is an important key in improving the living standards of the people of Gabon.

"We have to raise the value of the Gabonese rainforests in order to ensure that conservation and sustainable exploitation can be used as tools to improve the living standards of the Gabonese people by creating jobs and livelihoods, whilst also sustaining natural capital, and to preserve our natural treasures and biodiverse ecosystems," he said.