African Countries Lead in Bitcoin Searches, What It Means for Adoption

If you've been in the Bitcoin space for long enough, you've probably heard that Africa will be the next frontier for adoption. This assumption may be proving to be a reality after Binance research reported a surge in Google search heat rankings for “Bitcoin” in Nigeria and South Africa. According to Google Trends, Nigeria had the highest searches for “bitcoin,” with South Africa coming in second and Ghana taking fourth place over the past year. 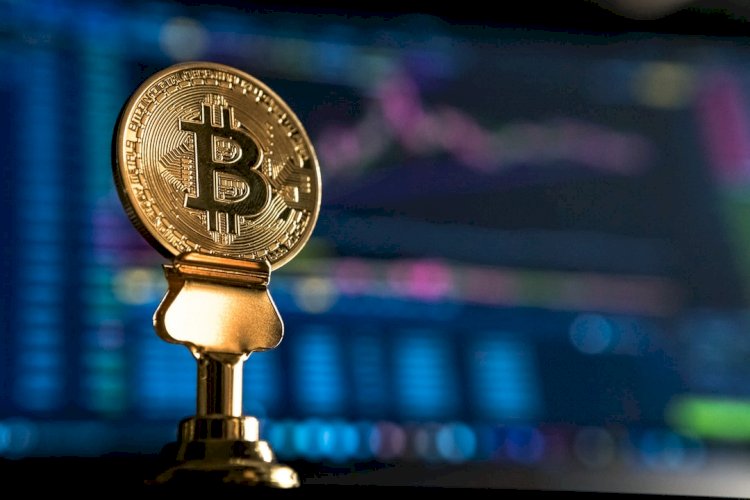 This shift in search trends has generated widespread discussion within the cryptocurrency community. Some enthusiasts have argued that the increase in Bitcoin searches illustrates increased adoption, while others point out that this marks an increase in interest but not as proven adoption. There have even been some who have gone ahead and argued that the rise in search volumes illustrates an augmented use of bitcoin in scams.

To learn more, Bitcoin Magazine spoke to Marius Reitz from cryptocurrency exchange and wallet provider Luno and Stephany Zoo from African cryptocurrency liquidity provider BitPesa about why African countries are now leading in Bitcoin searches and what this means for Bitcoin adoption in the continent.

Bitcoin Magazine: Why do you think that Nigeria, South Africa and Ghana are now among the leaders in Bitcoin searches, while other African countries still seem to lag behind?

Reitz: Our recent Future of Money report, which surveyed the opinions of consumers from across the world, including Nigeria and South Africa, suggested that consumers in developing countries are financially savvy out of necessity. According to the report, 55 percent of Nigerians (aged between 18 and 35) didn’t feel secure about their financial situation.

When money is more than just a “nice to have” and is vital for securing what you want from life, you spend more time understanding it, managing it, preserving it and being creative with how you maximize the use of it.

However, central banks in other African countries like Burundi and Uganda have recently taken hostile stances against cryptocurrencies, which could explain the lower number of searches in these countries.

BM: Does the increase in Bitcoin searches in these three countries indicate increased Bitcoin adoption?

Reitz: At Luno, we've seen steady growth in the number of new accounts (wallets) this year, especially in South Africa. Although cryptocurrencies have recently experienced a price drop, an average of 90 million rand is traded daily, which speaks to growing levels of adoption.

Consumers need to feel comfortable that they're dealing with a safe asset, which is why education on cryptocurrencies is essential. Cryptocurrency firms should take an open approach to working with governments on regulation to help drive adoption.

As has been experienced in other continents, the number of searches goes down once people have enough knowledge.

Bitcoin Use in Scams

Reitz: One of the biggest misconceptions about Bitcoin is that criminals mostly use it. It's important to note that you can trace bitcoin back to its original users and track their entire history of activity.

Luno is committed to detecting and preventing money laundering and terrorist financing. To support this, Luno has robust systems and controls in place to mitigate the risk of and protect against anyone using the Luno platform for illicit activity.

Using these systems and controls, and our integration with industry-leading blockchain analysis tools such as Chainalysis and Elliptic, we can identify, analyze and report suspicious activity rapidly and proactively. Luno uses this information to meet its obligations to report any illegal activity, ultimately assisting the relevant authorities to investigate and take swift action.

Chainalysis recently enabled law enforcement in the U.S., the U.K., Germany and South Korea to take down one of the largest child abuse material sites. Law enforcement in 38 countries made 330-plus arrests of alleged pedophiles and rescued 23 children from abusive situations. Thanks to international law enforcement cooperation and help from cryptocurrency exchanges, society is a safer place.

As much as you have consumers using bitcoin for legitimate means, some use it for the wrong reasons. However, as more data becomes available, it's becoming clear that these instances are a tiny percentage of the user base, and that's because bitcoin is turning out to be one of the safest ways to use money.

Zoo: First, such generalization is wrong. Just because there are a few bad apples in the basket, it doesn’t mean you should discard the full fruit basket. Whether it's in the U.S., China or Europe, there are people using bitcoin for scams and to finance illegal activities. However, that does not mean that it's the only use for bitcoin.

The same goes for Nigeria, Ghana and South Africa. Although there are a few characters who are looking for get-rich-quick schemes, most of the people are using bitcoin for legal purposes.

BitPesa has also been actively fighting the use of bitcoin in scams and illegal activities. We have previously distanced ourselves from any website or organization that was using bitcoin as a get-rich scheme.

Another reason why this surge in Bitcoin searches is not an indication of its use in scams is that African governments are actively trying to fight scammers on the continent. Recently, Uganda introduced strict regulations aimed to combat the use of cryptocurrencies for scams. The Nigerian government has also been at the forefront of curbing scams.

BM: Nigeria, Ghana and South Africa have high unemployment rates. Do you think that the high search results could be a result of these unemployed individuals searching for a way to earn? If so, why don’t other African countries such as Zimbabwe and Kenya appear on this list, despite their high unemployment rates?

Reitz: When you consider that the current financial system was created 75 years ago and has seen very little change in that time, it is easy to see why many people are asking for change and exploring the various avenues to deliver that change.

For example, in many countries across Africa, traditional ways of exchanging value are costly and can be highly inefficient. As a result, doing business can be unnecessarily stressful and out of reach for many. Cryptocurrencies like bitcoin offer a new way to trade, as well as tangible opportunities to transform economies and deliver real change.

People and businesses in these markets should not have to pay extortionate exchange fees, accept national devaluation or lose out when directly transferring money. Access to a more inclusive financial system will enable new and better ways of exchanging value. Cryptocurrencies can play a significant role here.

Zoo: Yes and no. The unemployment rates in these countries have played a role in influencing Bitcoin searches. In recent years, African countries, including Nigeria and Ghana, have seen a surge in freelancers offering their services to Western clients. As these Africans look to become part of the gig economy, they are bound to search for alternative payment methods.

In countries such as Zimbabwe, the government has taken a tough stance on cryptocurrencies, which has deterred many Zimbabweans from using bitcoin.

BM: As a company, what activities are you undertaking to promote bitcoin use in Africa? Do you think these activities have played a role in influencing this increase in Bitcoin searches?

Reitz: As a company that aims to educate people about the world of cryptocurrencies, we are pleased with the work we are doing around cryptocurrency literacy. We do a lot of work around education, providing clarity on many commonly held views that don't accurately reflect cryptocurrencies. In Nigeria, for example, we are about to wrap up this year's university tour, which builds an understanding of cryptocurrencies among students.

We also hold quarterly meetups that provide a platform for existing cryptocurrency traders, buyers and users to learn and share ideas on the evolving trends in the market. As early pioneers in this industry, we feel we have to share our knowledge and excitement with the world. It's about ensuring this happens across the board for consumers, the media and broader stakeholders.

Zoo: BitPesa is mainly a business-to-business company. Our interaction is primarily with businesses and not the final consumer. However, BitPesa has been doing events with business owners where we educate them on the benefits of using bitcoin and cryptocurrencies for payments.

However, what is clear is that Africans are becoming more interested in Bitcoin and this can only signal better days for the king of cryptocurrency.

ROBERT MUGABE: The Giant has fallen at 95