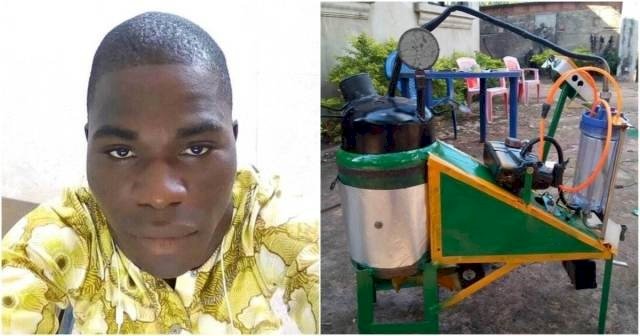 Nigeria is a country blessed with abundant natural and human resources. Since its independence from the British colonial masters it has had its own leadership shortfalls as it’s peculiar to African leaders. This has affected economic development such as infrastructural improvements. For any economy to grow the power sector in terms of energy in electricity supply must be readily available, virtually all sectors of the economy needs power supply for improved economic growth and stability. Sadly erratic power supply has been the bane of the Nigerian situation. Statistics shows that Nigeria has spent billions of US dollars in alternative power generation. The bulk of this money is from individuals and micro businesses which needs power to survive hence the crave for an alternative to get power supply, though this has not been effective as it has affected high cost of production in the market leading to perpetual inflationary trends inimical to economic growth.

A look at the worrisome statistics

Diesel or petrol generators are often used in most countries as backup or emergency power when the national grid fails or during power outages or to provide energy in remote areas. But in Nigeria, generators have become the primary source of electricity for most businesses and households, as supply from the national grid remains abysmally low. The use of diesel/petrol generator has over the years spread to almost every part of the country despite its negative health and climate effects.

Lagos is the commercial hub Centre of the Nigerian Economy where you see many a time lots of smog and it is hard to breathe sometimes because there are generators everywhere. The proliferation of generators, or what Schneider Electric described as “the alarming reality of mass generator dependency,” exposes communities to harmful emissions of greenhouse gases.

After many years of government’s failure to solve the nation’s electricity woes, the power sector was privatized in 2013 in a bid to attract private capital and significantly improve electricity supply. But power generation has in the last four years mostly hovered between 3,000MW and 4,000MW, unchanged from what it was pre-privatization. It stood at 3,688.6MW as of December 22, 2017, down from 4,265.2MW on December 8, according to data from the Federal Ministry of Power, Works and Housing.

Two of the 17 Sustainable Development Goals adopted by the United Nations in September 2015 are to ensure access to affordable, reliable and modern energy for all by 2030, and to take urgent action to combat climate change and its impact.

With the power sector still stuck in crisis after privatization, many businesses, households and public institutions continue to rely heavily on generators, on which they spend a lot to fuel and maintainance.

Based on the figures presented in the National Renewable Energy and Energy Efficiency Policy and Rural Electrification Strategy and Implementation Plan, about 40 per cent of the Nigerian population has access to grid-connected electricity, out of which 72 per cent reside in urban areas and 28 per cent in rural areas. Out of the estimated 16.4 million rural households in the country, only about 4.6 million are connected to the electricity grid. Current power demand in the country is estimated at 17,520MW, including latent and suppressed demand, against 5,300MW peak generation capability.

Emeka Nelson, the Nigerian inventor who builds a generator that works with water as fuel

Small-scale businesses and families spend an average of N3.5tn ($21.8bn) yearly to power their generators with diesel and petrol, a German development agency, GIZ, said in a note on October 2015, entitled: ‘Promoting Clean Energy Investments in Nigeria’. According to the agency, about 86 per cent of the companies in Nigeria own or share a generator and about 48 per cent of their total electricity demand is covered by these private generators, with estimates suggesting that between 8,000MW and 14,000MW of decentralized diesel generator capacity is currently installed in the country.

The telecommunications sector is one of the largest end-users of diesel generators in the country, with the total number of generators in the sector estimated at 24,252, according to a recent World Bank report. With several millions of privately installed diesel generators, Nigeria leads Africa as a generator importer and is one of the highest importers worldwide, with the total annual import figure being N17.9bn ($112m).

A seeming solution in the horizon

This has been also the crisis in most part of Africa. It is in the light of this that the Nigerian born Emeka Nelson invented a generator that can run on water as its source of fueling to generate electricity. A graduate Student Of Metallurgical Institute of Nigeria.

The young Nigerian, Emeka Nelson dared to dream and has eventually made it a reality. With his very challenging invention that is shocking and challenging Nigerians to be better and do better, the onus is on the Nigerian government to proudly showcase and support his invention. Nelson is not new to the world of inventions; the young entrepreneur has in the past invented a machine that can turn non- biodegradable waste into kerosene, diesel, petrol and other heavy oils.

Emeka undoubtedly has the potential to put power -generating companies out of business if a lot of investment is done to support him. Also, the appropriate kind of grooming is also necessary.

He created a generator that runs purely on water. Also, he has used it to power his 2-bedroom apartment in Awka, Anambra state in the south eastern part of Nigeria.

This invention can use a liter of clean water to generate power for up to 6 hours. This testing has been on now progressively for weeks. The state government of Anambra said they are monitoring to see to the maturity of the invention. The good part of this invention is that it does not emit carbon monoxide like the conventional generators.

Creative and inventive minds in Africa should be identified, supported and celebrated, government and corporate establishments should seek to create this kind of enabling environment and should invest in people like Emeka Nelson. African ‘angel investors’ must arise!

Why not #MeToo? How stereotypes hinder African women's progress