During the World Health Organisation’s (WHO) African regional committee in August 2017, held in Zimbabwe, the late Robert Mugabe argued that financing health is challenging and that leaders need to find innovative ways of doing so. Ironically Mugabe regularly snubbed his country’s health facilities and flew thousands of miles to get medical treatment. He died, according to an announcement by Zimbabwean President Emmerson Mnangagwa, on September 6 at Gleneagles Hospital in Singapore. 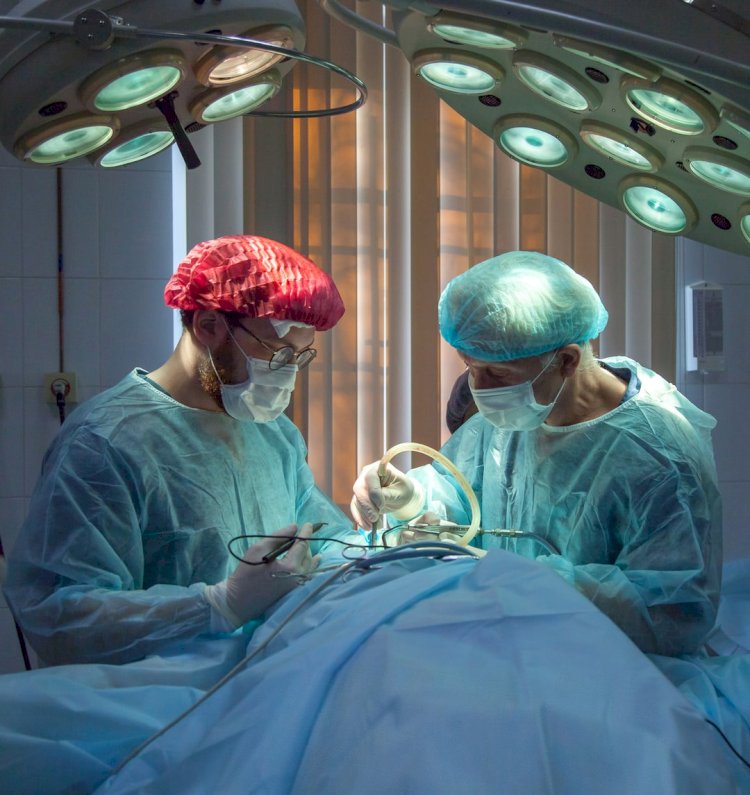 That the 95-year-old who ruled his country controversially for 37 years until November 2017, when he was toppled in a coup, died in a foreign hospital, raises fundamental questions.

There is a pattern of African leaders leaving crumbling health establishments in their own countries and flying abroad to get the world’s best medical treatment, while their citizens are left to bear the brunt of a declining state of healthcare. Strikes and industrial action by doctors and other medical staff at Zimbabwe’s main referral hospitals Parirenyatwa General in Harare and Mpilo Central in Bulawayo are routine. Mugabe’s first wife, Sally, died of a kidney ailment in 1992 at Parirenyatwa’s private ward.

Countries such as Zimbabwe did take admirable measures at the beginning of their independence to create a better state of health, and in the first few years after independence, Zimbabwe achieved health care progress. Two years after the 1978 International Conference on Primary Health, in the former Alma-Ata, Kazakhstan in central Asia, the Zimbabwean government introduced primary health care (PHC) approach where resources were directed towards marginalised areas in the country.

In 1992, public health scholar David Sanders wrote an article titled Health in Zimbabwe since Independence: The Potential and Limits of Health Sector Reform. It examined adopted special programmes that made drastic changes to the health sector in the 1980s.  Sanders mentioned both the expansion of the immunisation programme in 1982, which was designed to fight infectious diseases in pregnant women and children and prioritising disease control in the same year.

“Zimbabwe has also attained the highest rate of contraceptive use in sub-Saharan Africa,” Sanders added.

He further suggested that “special programmes set up since 1981 are some of the achievements that we in South Africa can look to as a model.”  From the late 1990s, however, Zimbabwe started experiencing pressing economic problems that had an extreme effect on its health system. In 2009 the country officially abandoned its currency.

The decline in health facilities

They argue that elements such as insufficient resources, skills migration and low investment have hindered progress.

The authors further argue that the unsuccessful run of primary healthcare was exacerbated by its near-collapse in Zimbabwe in 2008 as well as the decline of the economy between 2009 and 2017.

Yet, despite these vivid failures, in 2017, WHO appointed Mugabe as its Goodwill Ambassador for Non-Communicable Diseases in Africa. Later, after the organisation received a barrage of backlash, it removed him.

While Mugabe was travelling over 8 000km to Singapore, the Zimbabweans who could afford it were fleeing in vast numbers to neighbouring African countries in the hope of receiving decent medical care.  Mugabe is not the only African leader who sought medical treatment outside his country.

In 2018, South Africa’s Deputy President David Mabuza went to Russia for a routine check-up. He told the media  that he had paid for his trip out of his own pocket. Furthermore, the fundamental reason he had to be medically treated in Russia, he explained, was because the Russian hospital in question had all his medical records.

“It is always good to go to people that have treated you … I will still go there because they have my medical records and I know at what time I must go for a medical check-up,” Mabuza said at the 2018 election campaign in Piet Retief, in Mpumalanga.

Outside South Africa, leaders in a number of African countries have left their crumbling health systems to go abroad to receive outstanding medical treatment.

Nigeria’s President Muhammadu Buhari has routinely travelled to London to get medical assistance for his undisclosed illness since 2016.  Last year, as his flight was leaving for London, health practitioners in public hospitals started a protest over conditions in public health facilities and low wages. The protest lasted more than two weeks. It was reported that during this time, doctors were the only medical staff assisting patients, while a number of facilities were only attending emergency cases.  But Buhari is not alone. One of the country’s former presidents,  Umaru Musa Yar’Adua, who died in 2010, sought medical treatment in Saudi Arabia for his chronic kidney condition and cardiovascular disease.  Before his death, he spent three months in Saudi Arabia while then Vice President Goodluck Jonathan was running state business. After those three months, Yar’Adua returned to Nigeria, where he died.

The overseas world has also been the place of choice for medical attention for the president of Gabon, Ali Bongo Ondimba. In October 2018, Reuters reported that Ondimba was admitted to a Saudi Arabian hospital after he suffered a stroke while attending an economic forum in that country. He was subsequently moved to London where he was allegedly hospitalised.

On September 2 2019, the Gabonese government released a statement rubbishing claims made by Bloomberg that President Ondimba had been hospitalised in London. The statement said, “… the President of the republic is not hospitalised, as Bloomberg says deceptively, but he is in a private residence where he took a few days off with his family. On this occasion, he performs routine medical examinations and normally continues his rehabilitation”.  Two of Zambia’s presidents, Levy Mwanawasa and Michael Sata, both died in foreign countries while receiving medical attention. While attending an African Union Conference in Egypt in 2008, Mwanawasa suffered a stroke. He was then taken to France for specialist treatment.  It is not clear whether the decision to be medically treated in France rather than Zambia was his decision or not. Two months later he died at a private hospital in France, forcing the country to elect a new president. Similarly, Sata died in London in 2014 after a long illness.

Although the 2014 WHO regional health report indicated that programmes such as immunisation have saved lives, large numbers of Africans are dying because of debilitated health systems.

“In many countries in the region, health systems have been weakened by the ravages of war, economic crises and debt, among other things,  that have led to the drastic loss of staff and failure to maintain buildings, technology and supplies,” the report said.

Public hospitals in South Africa, however, are still used by many South African leaders. In 2013 the then Minister of Health, Aaron Motsoaledi, was admitted to the Steve Biko hospital in Pretoria. The 2016 Public Health Facilities audit report conducted by the Office of Health Standards Compliance rated this particular hospital as the best in the country, with a compliance overall score of 96% due to its outstanding performance in governance, support infrastructure and care,  among other ranking mechanisms.

Ways To Win Customers To Your Business And Grow Your Enterprise