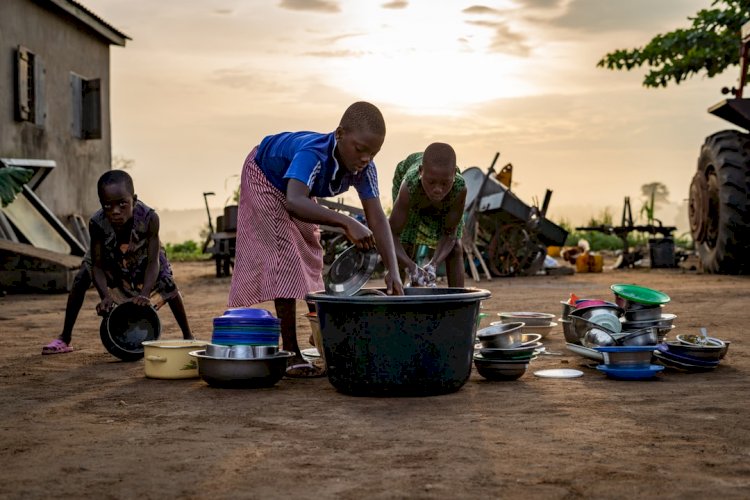 Bill Gates, the second richest person in the world; Aliko Dangote, the richest man in Africa; and Mohammed “Mo” Ibrahim, a U.K billionaire born in Sudan, spoke about ways Africa can reach its potential in the coming decades during an event at the Africa Center in Harlem in New York City on Monday.

As Africa’s population expands, the continent needs to create jobs and keep up with food demand, the billionaires said during a fireside chat at an event called The Future Africa Forum. Ibrahim said there is a controversial topic that can help Africa develop sustainable communities and cities: family planning.

According to the United Nations, Africa’s population is expected to reach 2.4 billion people by 2050—double that of the population in 2016. Gates said it is estimated that 50% of all newborns worldwide will be born in Africa by the end of the century.

“When our economy is growing by two percent, we’re running on a treadmill,” Ibrahim said, explaining that unemployment rates are already high, especially among the youth in countries like South Africa. “Why are we Africans unwilling to talk about family planning?”

Gates says the conversation about family planning is important to get right.

“If you’re not careful, anyone who is an outsider could be misunderstood,” he said. Population control has long been a euphemism for colonists and racists, but these billionaires cited what research has long shown: that as a country develops its economy and more people get educated and move to cities, its population growth rate starts to decline.

The best approach toward family planning, especially in rural areas, is to improve access to healthcare and education, Gates said. “If you mess up health and education, you get more people. But if you get it right, eventually your population goes down,” he said. Once people adopt family planning methods like contraceptives and population growth rates slow, other problems are easier to address, Gates added.

“Africa today has the biggest gap in what people want in family planning, and what’s available to them. Melinda [Gates] is trying to close that gap, because then everything gets easier—education, food, stability, jobs,” said Gates.

Ibrahim went a step further, explaining that major social problems, like fundamentalism and violence, are byproducts of population growth outpacing job growth. “If you have two kids, you can educate them. But if you have seven to eight kids and no jobs, you have Boko Haram,” said Ibrahim, making a reference to the jihadi terrorist organization in Nigeria, Chad, and Cameroon.

In many rural parts of Africa, having large families is the norm. For families with farms, more children means more hands to help with farming. And because healthcare can be spotty in places—with a small number of doctors treating a large population—it’s not unusual for children to die at a young age. As people’s economic status increases, women tend to have fewer children.

The conversation spanned other subjects—from how investment in agriculture and finished product manufacturing could help Africa create jobs and keep money inside the country to how corruption could be reduced by a new generation of leaders.

At one point, Dangote brought up the fact that he has not signed on to The Giving Pledge — a group launched by Gates and Warren Buffett in which billionaires promise to give at least half of their fortune to charitable causes — because as a Muslim, under Islamic law he is only allowed to give away no more than one third of his wealth. Ibrahim balked at that notion and asked Muhammadu Sanusi II, the 14th Emir of Kano —a religious leader in northeast Nigeria who was sitting in the audience —if what Dangote said was true.

The emir explained that under Islamic law, a Muslim can give away 100% of their fortune when they are alive. But a Muslim’s will cannot designate more than one-third of his fortune to people outside of his family.