A common concept in Africa that is not noticed in the United States or other parts of the world is what in Africa is called “Africa’s Oil Curse.” 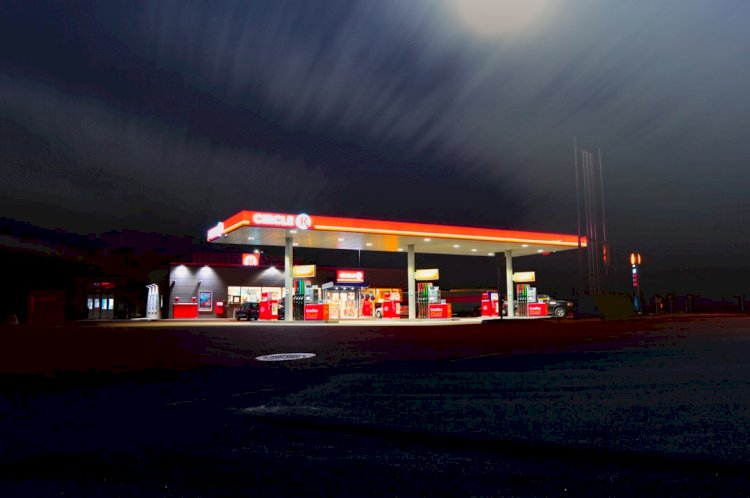 Americans surely realize that the world’s oil trade commands much attention from governments — particularly, the US government. Oil-producing countries such as Iraq, Iran, Kuwait, Libya, and Venezuela which have incurred the wrath of US policymakers have received war or the threat of war to make them comply with America’s worldwide needs for oil. This is another negative aspect of gas/diesel vehicles that would need to be covered in another article.

Africa’s oil curse is different. In 2012, a modest amount of oil was discovered in Kenya, amounting to about 80,000 barrels per day. Kenyan government officials, politicians, columnists, and the general population quickly got out their calculators and figured out how much money this would bring in. At $50 per barrel, this would equal $1.5 billion per year. They suggested how these funds could be spent with funding for megaprojects and borrowing on future oil wealth as security. Within a few days, Kenyan columnists warned Kenyans about the oil curse. This involves the fact that African countries that have a large amount of oil tend to have less economic growth, poorer governance, and less development than countries that do not depend upon oil exports. The discovery of oil was therefore considered not a blessing, but a curse.

Take the example of Nigeria. Nigeria is about the size of Texas, with over 200 million people. It is a member of OPEC and, at 2 million barrels per day, is the largest oil producer in Africa and the 13th largest oil producer in the world. Until recently, much of Nigeria's “sweet” crude oil went to the United States. As the US has become self-sufficient due to fracking, India is now the largest recipient of Nigerian crude oil. Nigeria has always been totally pro-American, so it has not seen any of the negative attention from the US government and military-like some other oil-producing countries.

Oil accounts for 95% of the exports of the country. This means that Nigeria has almost no other economic activity that generates foreign exchange. It is completely dependent on oil exports and therefore dependent on the price of crude oil. When the price of oil crashed in 2016, Nigeria’s GNP declined by an estimated 1.6%.

In November 2013, I visited the central states in Nigeria. Two things amazed me. First, there was not much construction in this area of Nigeria, but the nicest buildings were many new gas (petrol) stations being constructed alongside the major highways. Yet most of these gas stations had no gas. The attendants were sitting at the stations doing nothing. After we passed up numerous gas stations, I was becoming anxious, as I thought we would run out of gas. My host, on the other hand, seemed to take this in stride and we did find a station that had gas and he filled up the car.

How could this be possible in the country with the largest petroleum exports in Africa? There are four small refinery plants in Africa which have the theoretical capacity to cover half the oil needs of the country. But they are old, mismanaged without proper maintenance and upgrading, filled with corruption so that they refine only 10% of Nigeria’s needs. This means that Nigeria exports its oil and then re-imports the same oil once it has been refined. This is absurd. Aliko Dangote, the richest man in Africa and a Nigerian who made his fortune in cement factories throughout Africa, is in the process of building a new refinery which would cover about 50% of the current consumption in Nigeria, but it will be a number of years before it begins producing refined oil products.

Oil was discovered in Nigeria in the 1950s when it was still a British colony. At that time, Nigeria was self-sufficient in food, but as oil sales increased, Nigerians took it easy. Selling oil takes little effort and the dollars just keep rolling in from the large international oil companies who do all the work. It was, therefore, easier to import food with those petrodollars than to do the hard work of farming to feed the growing Nigerian population.

The oil-producing region of Nigeria is confined to the southeastern part of the country called the Niger Delta with some offshore rigs. The 6 decades of oil extraction in this region has seen large amounts of pollution from the drilling for oil and ruptures in the oil pipelines. The 12,000 oil spills in the region from 1976 to 2014 averaged 40 million liters (10 million gallons) of crude oil per year. Most of this was not properly cleaned up. It is estimated that it would take more than 25 years to properly clean up the environment. The largest oil companies responsible for this pollution are ExxonMobil (does this surprise you?), Chevron, Statoil (Norway???), Shell, and Nigerian Agip Oil Company.

The Niger Delta that produces this oil has a population in excess of 30 million people and is one of the most densely populated areas of the world. The Economic Justice Atlas describes the situation like this:

“Extraction activities by multinational companies including Shell, Mobil, Chevron, Elf and Agip have caused serious environmental and social damage in the Niger Delta, an oil rich South-Eastern region of Nigeria. Crude oil extraction has caused the pollution of the river basin and surrounding land, the destruction of subsistence crops, and the expropriation of local residents’ territory. The opposition of local communities has been brutally repressed by police forces, resulting in bloodshed and hundreds of deaths. Local communities, supported by the Movement for the Emancipation of the Niger Delta (MEND), have continued their opposition to those exploitative policies. In particular, they demand a full clean-up of local waterways and territories, a more equitable distribution of oil revenues and broader compensation for ecological damage…”

Even though gas flaring is illegal under Nigerian law, Chevron together with Shell and other oil companies operating in the country have been doing it for decades.

The major problem, though, is corruption, as the Nigerian elites have siphoned off the oil funds for their personal use. Do not think that this is only a Nigerian issue. The American-installed, extremely corrupt dictator of the Democratic Republic of the Congo from 1965 to 1997, President Mobutu, is allegedly reported to have stated, “I know I am corrupt, but who is corrupting me?” It takes two to be corrupt, the giver and the receiver of the loot. The oil companies are the givers and without their willingness to give bribes and under-the-table payments to the appropriate Nigerians, corruption would not happen.

The result is that the Nigerian elites have easy, unearned money. Rather than spend this oil wealth on development for the Nigerian people, they spend it on conspicuous consumption. Rather than invest it in income-producing activities, live the high life while it lasts. This is the “oil curse.”