Working in the big city and joining the rat race is a dream for anyone who wants to take themselves out of a life of poverty. In the past few decades, African cities have been growing exponentially, as people move into urban areas for work and play. According to the World Bank, Africa’s cities are quickly gaining in population with its urban areas containing up to 472 million people. The number is expected to double over the next 25 years. With a large population all vying to make money, these cities become the engine of the country, generating wealth, creating jobs and spurring innovation. Here we look at five of the busiest cities on the continent, where people are driven by the motto that sleep doesn’t pay. 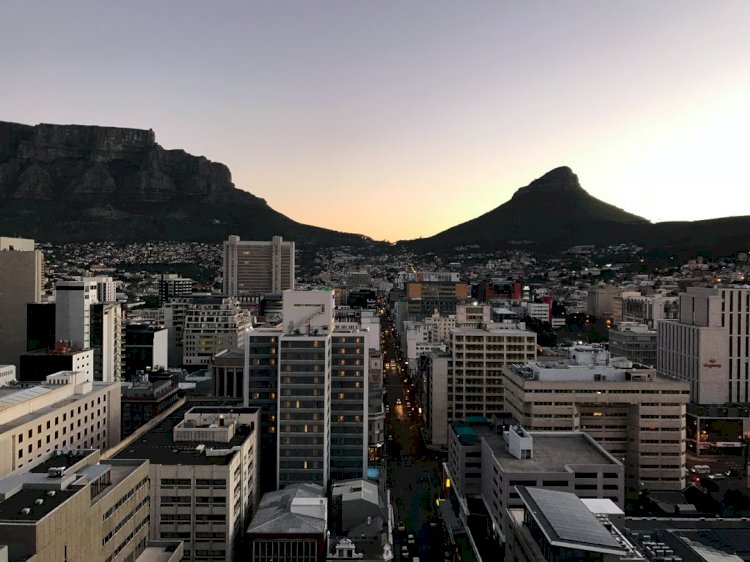 Lagos city is Nigeria’s largest city and the most populous city in Africa with a population of over 21 million. The city is known for its liveliness caused by the hustle and struggle of busy residents giving it a commercial vibrancy as well as making it the land of entrepreneurship in Nigeria. Termed as ‘the 7th fastest growing city in the world’ by Heinrich-Boll Stiftung, Lagos’ economy is diversified in manufacturing, transport, construction, service, wholesale, and retail sectors. The city is home to Africa’s largest and busiest ports and it also accounts for over for over 60 percent of the industrial and commercial ventures of Nigeria. The Economist states that annually Lagos State, home to Lagos City, generates $90 billion dollars in goods and services. The city is a major financial hub and has the highest GDP in the continent. If it were a country, Lagos State economy would be 7th in Africa, making it bigger than Kenya and Ghana.

Nairobi is Kenya’s capital and largest city with a population of over 6.5 million according to the World Population Review. Nairobi is not only a vivacious east African metropolis but is also a key driving force of development in the continent. Nairobi is also known for its hardworking residents making it a vibrant commerce, technology, manufacturing, industry, and financing hub for East and Central Africa. It is well known for always producing some of the best entrepreneurs and creatives in fashion, arts, technology, and literature. It contributes 60 percent of Kenya’s Gross Domestic Product. It is also an African city of choice for multinational companies seeking to set base in the continent. The city is home to thousands of creatives and tech gurus coming up with groundbreaking technological innovations and this has earned the city the name ‘Silicon Savannah’

Accra is Ghana’s capital and most populous city with an estimated population of 4.1 million. It is the country’s main commercial, manufacturing, technology, transport, innovation and communication hub. Accra’s formal and informal economies contribute about $3 billion, to the country’s economy which is equivalent to 10 percent of Ghana’s Gross Domestic Product. The hardworking and busy population have enabled the city to rise through the ranks and is considered one of Africa’s top spots for business today. Ghana has been touted as one of the more mature democracies in the continent and Accra has benefited by receiving huge foreign investments.

Johannesburg is South Africa’s largest city with a population of over 4.4 million. It is one of the wealthiest cities in the continent, full of investment opportunities and career openings. According to Mastercard Cities Index, Johannesburg is the most visited city in Africa and the second most visited city in Sub-Saharan Africa and Middle East, after Dubai. Also commonly referred to as Jo’burg or Jozi, the city is a business hub of not only South Africa, but the entire continent. Jozi is known as Africa’s economic capital and is home to the head offices of the majority of South African corporations and offices of many global and pan-African companies. Johannesburg is also a continental financial hub, hosting major world banks and Africa’s largest stock market. The city is a vibrant hub of manufacturing, retail, technology, and fashion. The economic powerhouse generates 17 percent of South Africa’s wealth and is the 27th largest city economy in the world, according to the Department of Economic Development Johannesburg.

Cairo is Egypt’s largest city and its capital with a population of over 20 million. Cairo’s cosmopolitan area is the largest in the Middle East and it is the 15th largest city in the world. The city is Egypt’s economic hub and it contributes two thirds of the country’s Gross Domestic Product. The city’s most employing and major income generating sectors include; Textile and food processing, iron and steel production. Cairo has the oldest and largest film and music industries in the Arab world. Many international media, businesses, and organizations have regional headquarters in the city. It is also vibrant hub of tourism, commerce, finance, and government services.