A fitting way to pay tribute to Zimbabwean liberation war hero Dumiso “DD” Dabengwa, who has died aged 79, is to depict a snapshot history of the late 1970s and the 1980s that shows the stresses of his job during and just after Zimbabwe’s war of liberation. 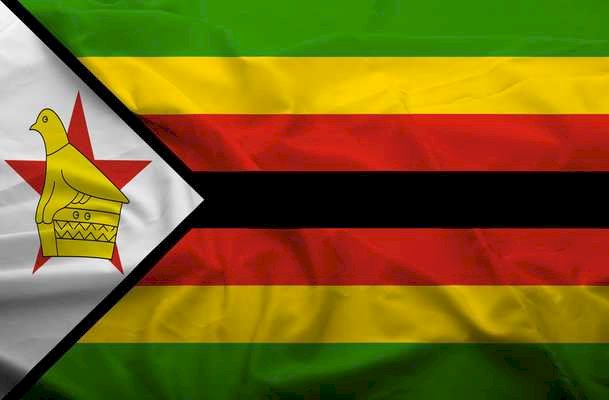 As the head of intelligence for Zimbabwe African People’s Revolutionary Army, the armed wing of Zimbabwe African People’s Union (Zapu), he faced two enemies in the late seventies: the Rhodesian forces and those of Robert Mugabe’s Zimbabwean African National Union (Zanu), the nationalist party that split off from Zapu in 1963 and would eventually lead Zimbabwe. In the 1980s South Africa and the United Kingdom joined those antagonists.

Only psychologists could discern how Dabengwa maintained his legendary composure. He kept his head while everyone was losing theirs: a necessary trait for an intelligence supremo.

This tribute is inspired by a picture – probably taken in 1981 at the New Sarum airfield outside what was Salisbury – that’s making social media rounds following Dabengwa’s death.

Dabengwa is shown standing with Rex Nhongo, commander of the newly integrated Zimbabwean military forces. The two young soldiers symbolise the unity to be forged out of Rhodesia’s and the two nationalist parties’ security forces as they entered Zimbabwe’s democratic dispensation.

That task’s difficulty is shown by the possibility that the two were on their way to Entumbane to calm the battles raging between the two nationalist armies, in which over 300 soldiers were killed. But they would fail in these efforts and would land on different sides of Zimbabwe’s post liberation story. Dabengwa would be jailed by his erstwhile comrades. Nhongo would retire early, rich and still a power-broker in his party – until his fiery death in mid-2011.

About five years before 1981, an effort emerged to create a united “people’s army” out of Zanu’s guerrilla forces, Zanla and Zipra.

Nhongo had once been a Zipra soldier, but left during Zapu’s devastating internecine disputes in the early 1970s. With Zanla’s commander in Zambia’s jails suspected of murdering the national chairman of Zanu, Herbert Chitepo, Nhongo was by 1976 at the head of Zanla. Thus he became the commander of the Zimbabwe People’s Army (Zipa), supposedly an attempt to unite the two nationalist armies.

But his heart was not in it. He ordered his soldiers on engaging the Rhodesian forces to kill Zipra fighters first. There were battles between the two armies in training camps. What should Dabengwa have done?

Zipra withdrew a good number of troops, but adhered to the agreement to unite the armies. As it happened, before too long Robert Mugabe (on his way to the top) and Nhongo sidelined the group that really believed in the unity project. Dabengwa told one of us (Moore) many years later that Zipa was too militaristic, ignoring democratic processes. He took a wait and see approach.

These and other Zanu-related imbroglios made life very difficult for Dabengwa, a man entrusted with Zapu’s intelligence.

Yet with “freedom” – hastened by Soviet assistance to ZPRA – Zimbabwe became even more central to Cold War and South African intrigue. As Zimbabwean political scientist Miles Tendi attests, Dabengwa and Josiah Tongogara, then the top Zanla general, played a key role with the “Patriotic Front” (another effort at unity between the two main liberation parties) at the late 1979 Lancaster House negotiations that led to Zimbabwe’s new dispensation.

Dabengwa himself said in a mid-2018 interview that he and Tongogara thought they could push the unity idea beyond an agreement to maintain unity at diplomatic negotiations, but remaining separate for all other purposes. They wanted political unity. They carried out research among the soldiers, who indicated agreement. Yet Tongogara’s suspicious deathas he drove to a Mozambican camp only days later killed that dream: Gukurahundi mass killings and atrocities in Matabeleland were only steps away.

At independence the British had already made a decision with Mugabe to carry out this genocide. (They) had already decided to ensure that that no one of the Ndebele nation would be allowed to be leader in this country.

On 9 May 1980, just weeks after Zimbabwe’s 17 April freedom celebrations, Mugabe visited British Prime Minister Margaret Thatcher. He complained that “some” in Zapu did “not accept the new situation”. They wanted to continue the fight and the government might have to act against them soon.

Danny Stannard, Rhodesia’s Special Branch director, stayed on during the new era. With then Minister of State Security Emmerson Mnangagwa, he organised the transition of Zimbabwe’s security services – precisely to keep the region Communist-free, Stannard told one of us in 2014. He thought Mnangagwa was the perfect man for that job. Stannard held Dabengwa in venomous disregard and was dead certain that in February 1982 his Soviet allies were rolling to the Entumbane barracks.

In March the Zapu cabinet ministers, Dabengwa, deputy armed forces commander Lookout Masuku, and four other Zapu officials were arrested and charged with treason. Arms caches had been “discovered” on Zapu properties.

In December 1982 a Whitehall officer wondered if the British should reconsider support for a régime seemingly hell-bent on eliminating Zapu and its potential supporters. No, he wrote, “if we refuse military sales and aid” Mugabe might approach the USSR – albeit reluctantly. Other reasons to keep Mugabe on side included selling arms and jet fighters, as well as paving the road to Namibian and South African settlements.

Treason charges for all but Dabengwa were dismissed in early April 1983. But, as he and the others walked out of court they were jailed again under the Emergency Powers Act.

By this time, the Fifth Brigade had been in Matabeleland for several months: Gukurahundi was underway with its terror, mass starvation, and murder. When they were released in 1986 Zapu had to stop the carnage, agreeing to be absorbed into Zanu (PF). Dabengwa’s reluctant agreement was essential; it took his authority, and that of Zapu leader Joshua Nkomo, to persuade the Zipra ex-combatants and the Zapu youth to merge.

The Cold War was on its last legs. Zanu (PF) had won its war for a one-party state. During the 1990s, with Nkomo as vice-president in the revised Zanu (PF) government, Dabengwa took on posts ranging from Home Affairs minister to managing the long-gestating but never funded Matabeleland Zambezi Water Project.

He left government in 2000. In 2008 he abandoned the Zanu (PF) politburo and revived Zapu.

There cannot be a man deserving more to rest in peace than Dabengwa.

Challenges Of The Health Care System In Africa