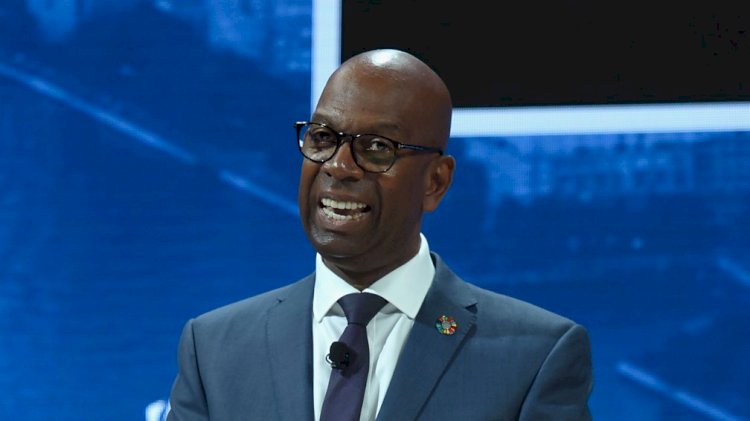 “It is with deep sorrow that we announce the passing away of Robert (Bob) William Collymore, CEO of Safaricom Plc, which occurred at his home in the morning of 1st July 2019,” the firm said in a statement.

In May, Collymore, 61, had said he would stay in his position for an extra year. He was set to step down in August after nine years at the helm, during which time Safaricom’s share price rose by more than 400%.

The appointment of his successor was delayed as the Kenyan government, which owns 35% of the company, has insisted that a local is picked to succeed him.

“As a country, we’ve lost a distinguished corporate leader whose contribution to our national wellbeing will be missed,” President Uhuru Kenyatta said in a statement hereposted on his office’s Twitter account.

Collymore had travelled to Britain in October 2017 and received treatment for Acute Myeloid Leukemia, and he had since been undergoing treatment for the same condition, the company said.

“In recent weeks, his condition worsened and he succumbed to the cancer at his home in the early hours of Monday…,” it added.

Safaricom, which is 35% owned by South Africa’s Vodacom , controls about 62% of Kenya’s mobile market, with 30 million subscribers. Britain’s Vodafone has a 5% stake and the Kenyan government owns 35%.

Bob Collymore helped to build Safaricom into East Africa’s most profitable company, thanks to the popular mobile money transfer service M-Pesa and a growing customer base.

Safaricom posted a 13% rise in its core earnings for the full year to end March to 89.6 billion shillings ($875.86 million), driven by growth in M-Pesa. ($1 = 102.3000 Kenyan shillings) (Reporting by Omar Mohammed and George Obulutsa; Writing by Elias Biryabarema; Editing by Muralikumar Anantharaman and Rashmi Aich)