Bilateral trade has grown exponentially since China and Nigeria signed an agreement on trade and investment promotion and protection in 2001. The value of trade reached USD 17.7 billion in 2010, almost 10 times its level just ten years before while Nigerian exports to China more than doubled, they have not kept pace with the growth of Chinese exports to Nigeria. Thus a heavy trade imbalance has not only persisted but also intensified. Chinese exports represented 66.7% of the bilateral trade total in 2000 and 87.3% of the total in 2010. 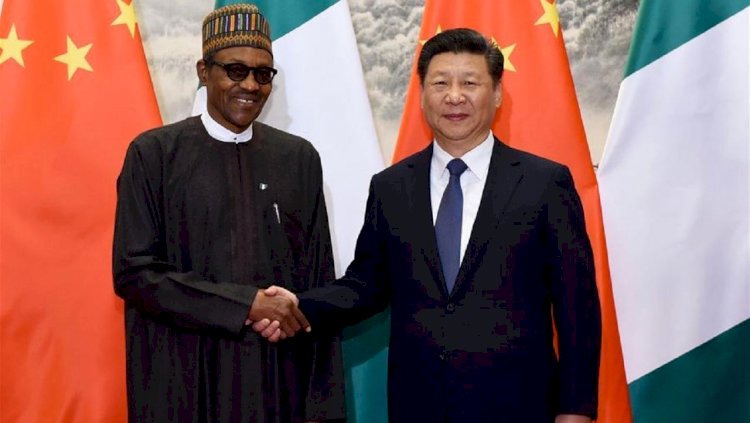 The concept of national interest is so interwoven with that of foreign policy that the renowned international relations scholar, Hans Morgenthau once stated “no nation can have true guide as to what it must do and what it needs to do in foreign policy without accepting national interest as that guide”. National interest is broadly conceived as a guide to the formulation of foreign policy. According to Frankel (cited in Ghosh, 2009:62), national interest “refers to some ideal set of goals, which a state would like to realize, if possible, in its relations with other states in the international system”. From the standpoint of Omede (2003), “the pursuit of national interest over the years presupposes that a nation preoccupies itself with the provision of security (military and economic) for its citizenry”. In a similar argument, Adeleke (2010) opined that as important as economy is in the relations among states, so also is culture and politics. The cultural and political relations could bring about greater understanding among nations. The views above imply that external relations among states cover the myriad or countless of issues - economic, political, diplomatic, social and cultural, security among others.

Beijing summit of the FOCAC in 2006, the bilateral relations between China-Nigeria got further boosts and enjoyed rapid development. Ogunkola, Bankole and Adewuyi (2008:3) took a concise view of Nigeria-China relations and stated that:

Nigeria’s relation with China has blossomed in recent years. This relation governed by agreements, protocols and treaties spanned a spectrum of areas including political, trade, investment, aid, technical, scientific, cultural, education, health and military. The implementation of these agreements appeared to be lopsided as China seems to be on the fast-track while Nigeria appears to be lagging behind.

The Nigerian-Chinese Chamber of Commerce was founded in 1994. It was not until the return of democratic rule in Nigeria that economic relations began to develop in earnest. Olusegun Obasanjo’s election in 1999 coincided with the start of a new Chinese orientation toward Africa in 2000. During Obasanjo’s second term in office (2003-2007), both China’s President Hu Jintao and Prime Minister Wen Jiabao visited Nigeria, and Obasanjo made two official visits to Beijing. Various other ministerial-level visits conducted during this time allowed the two countries to develop and intensify mutual friendship and familiarity. In 2001, the two countries signed agreements on the establishment of a Nigeria Trade Office in China and a China Investment Development and Trade Promotion Centre in Nigeria. The intergovernmental Nigeria-China Investment Forum was then founded in 2006.

Imbalance in trade relations between the two countries exists, according to the Nigeria Bureau of Statistics (NBS, 2017), indicates that Nigeria has a deficit of more than N6 trillion with China between 2013 and 2016. The statistics also shown that out of Nigeria’s total import bill of N29 trillion between 2013 and 2016, China alone accounted for N6.41 trillion. It indicates a huge gap when compared with N714.97 billion worth of goods Nigeria exported to China within the same period. President Muhammad Buhari, recently expressed concerned about the imbalance in Nigeria-China trade at the opening of Nigeria-China Business/Investment Forum in Beijing in 2016, Buhari observed that trade relations between Nigeria and China rose from 2.8 billion dollars in 2005 to 14.9 billion dollars in 2015. Nigeria import alone from China accounted for 21.43 percent for the period of last four years while Nigeria export to China accounted for only 1.48 percent of Nigeria’s total export during the period (Yemi, 2017). The efforts of the Federal Government to promote, expand and diversify Nigeria’s export base by making the non-oil exports contribute significantly to the nation’s Gross Domestic Product (GDP) should be aided or assisted under the current bilateral International Journal of Social Sciences and Management Research Vol. 4 No. 9 2018 ISSN: 2545-5303 www.iiardpub.org

According to Moghalu (2013:276) World trade can accurately be described as the foundation of the global economy. It therefore has a primal role in the architecture of global economic governance, and the position of individual countries and regions in the ranking of global trading nations reflects their place in the world. World trade has remains the chief channel of phenomenon of globalization. Developed countries pay great attention to trade as do rising economic power such as China. But, the question that comes to mind is, does Nigeria trade with China enhanced balance of trade between the two countries? International Journal of Social Sciences and Management Research Vol. 4 No. 9 2018 ISSN: 2545-5303 www.iiardpub.org

Bilateral trade has grown exponentially since China and Nigeria signed an agreement on trade and investment promotion and protection in 2001. The value of trade reached USD 17.7 billion in 2010, almost 10 times its level just ten years before while Nigerian exports to China more than doubled, they have not kept pace with the growth of Chinese exports to Nigeria. Thus a heavy trade imbalance has not only persisted but also intensified. Chinese exports represented 66.7% of the bilateral trade total in 2000 and 87.3% of the total in 2010.

By 2010, Nigeria had become China’s fourth biggest Africa trading partner, and the second largest Chinese export destination on the continent. Trade between the two countries accounted for nearly one third of the trade between China and the whole of West Africa, indicating the importance of Nigeria to China’s entry into the regional market. Despite recent expansion, China still only accounts for a small fraction of Nigeria’s global trade, lagging far behind the country’s top partner (the United States) and also notably facing competition from Brazil and India, as well as more traditional partners such as France.

Around 87% of Nigeria’s exports to China are oil and gas products. China, by contrast, exports a diversified range of goods to Nigeria, most notably machinery, equipment and manufactured commodities. While the official numbers are impressive, they fail to capture the complete picture of trade between china and Nigeria. In addition to the recorded trade, there is a significant amount of unrecorded trade, particularly in Chinese goods. Most of the smuggled imports are said to arrive via neighboring states, which have long, porous borders with Nigeria. Gregory (2009).

Data obtained from the National Bureau of Statistics (NBS) showed that Nigeria had a trade deficit of N6 trillion with China between 2013 and 2016. Analysis showed that out of Nigeria’s total import bill of N29.91 trillion between 2013 and 2016, China accounted for N6.41 trillion. This is huge gap or trade imbalance when compared with N714.97 billion worth of goods Nigeria exported to China within the same period. A subtraction of Nigeria’s exports from China will show a trade deficit of N5.70 trillion in favour of China. This simply implies that Nigeria is heavily importing goods from China, a country that, until 1980 was grouped among the world’s poorest countries.

The table above shows the unfavorable balance of trade against Nigeria and in favor of China. In 1999, the trade transactions between the two countries shows a trade disparity of 29,219,066,770 where Nigeria only exported goods worth 10,671,356,489 to China and that International Journal of Social Sciences and Management Research Vol. 4 No. 9 2018 ISSN: 2545-5303 www.iiardpub.org

Ogunsanwo (2007) pointed out that Nigeria has remained a good market for Chinese goods. However, he emphasized on the accusations leveled against the Chinese companies for dumping cheap and substandard goods produced by cheap labor in China on the Nigeria market, thus helping to kill nascent industries in the country. This really pictures on the negative influence of Nigeria- China relations on Nigeria’s economy.

In the same vein, Musa (2007) highlighted that trade between China and Nigeria has expanded in the last six years, reaching $106 billion in 2006. According to him, China’s invasion into Nigeria is for various reasons which are linked not only to its quest to buy oil fields for its fast growing industries but also because of the population of Nigeria which makes it a veritable market for China’s products. In his scholarly attempts, Musa failed to articulate on the impacts of Nigeria – China trade relations on Nigeria’s economy.

Kwanashie (2007) unequivocally stated that the economic growth of China has made it also look for markets abroad. In his words, Nigeria has in last few years experienced greater trade with China. The volume of non-oil imports from China has grown. In 2005 China accounted for N251, 111.78 million worth of Nigeria imports. China has been a source of cheaper consumer goods attracting an increasing flow of Nigeria merchants seeking cheap sources for imports. Kwansahie, expended his mental energy on the rationale for and/or the motive force for China’s trade relations with Nigeria without deeming it necessary to capture on the impact of this trade relations on the economy of both countries.

The table above shows unfavorable balance of trade against Nigeria in favor of China. In 1999, the trade transactions between the two countries shown a trade disparity of 29,219,066,770 where Nigeria only exported goods worth 10,671,356,489 to China and that same period, Nigeria imported goods from China worth 39,890,423,259. In 2008, the trade imbalance also shows 470,948,778,909 in favor of China. Nigeria is only seen as finished products destination for China. She sees Nigeria as a good market for her goods.

Foreign Direct Investment (FDI) is the net inflow of investment made to acquire a lasting management interest in a business enterprise operating in a country other than that of the investor. Such investments may take the form of either “greenfield” investment – the acquisition and consolidation of an existing interest rather than new investment Moghalu (2013:167).