The Nigerian music industry has hit a wedge. Touting a steadily growing industry that has stunned global audiences everywhere and shut down high-profile music venues, it has finally come full circle. 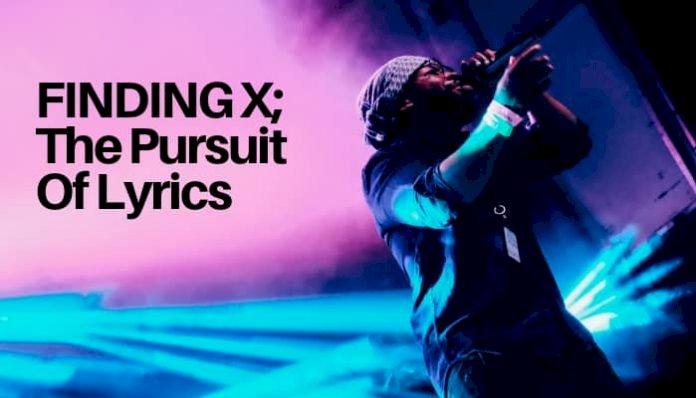 Not in churning out hurriedly-recorded hit songs every other week or expensive vixen-clustered music videos for our listening pleasure, but in making what is simply considered as lyrically-relevant music.

Okay, I know at this point that Nigerian music lovers will come for me. Feigning love for the culture and its many-sided convoluted expressions.

But when was the last time you heard a Nigerian song that you could sing from beginning to end without bursting into an assortment of strangely concocted words that just makes you feel a little silly?

The new generation of budding music artistes are slowly accepting the loosely constructed, defective song writing style as the norm.

In some quarters they even celebrate it as creative genius.

But this hasn’t always been so.

Once upon a time, Nigerian music was heavily-dependent on words.

In fact back then it could not exist without it.

At those times, lyrics had a part to play in advocacy, communicating love and inspiring people. You had no talent, if you had nothing intelligent to say.

Oh, don’t get me wrong, from the fiery days of Afro beats to its more rhythmic juju equivalent, Nigerian music has always been sound-heavy with piercing melodies and prominent percussion lines, but even in the backdrop of all that musical din, lyrics persisted.

They were part of the general construction.

Today’s 21st century musical placement is a bit different, with lyrics desperately clinging to the fiendish monstrosity of upbeat sound and tuneless melodies. It has been gleaned from the new-age amalgam of fast-paced sounds crafted by music producers and artistes alike, that lyrics are not so important after all.

Does this change anything? Not at all.

The strange thing about this apparent lyrics-drought is that the Nigerian music is still heavily-celebrated, venturing into unexplored quarters and making astounding leaps and bounds in its attempt to conquer the global space.

So the question is, are we properly inspiring the next musical generation with our tune-heavy and lyrics-deficient music or do we honestly need to do better?

The recent sprout of what is called the Alte movement in Nigeria is coming to terms with this musical quagmire. The aforementioned are a group of colourfully-clad, music-minded creatives who believe that Nigerian music can do better.

They defied the usual route of what I call ‘radio-rotationed-hits’ when they decided to abandon the traditional trajectory that had defined hit songs in the past and market their music only on social platforms.  A feat that was up-till-then unrealistic and impossible to achieve.

But they broke the mold and today rank amongst the highest selling Nigerian songs available on platforms like Itunes and Spotify.

And best of all is that their sound is soothingly lyrics-reliant. Paying close attention to what is being said. Feeding the soul with not just sound but with words.

The Alte Movement seem to be the answer to this fiendish anomaly and come that day when the Nigerian Music industry finally comes to recognize their contribution in charting a new sound course, maybe the fast-rising generation of music hopefuls coming behind will learn to anchor their template not only on making hit music but on creating quality evergreen compositions.

The human side of digital supply chains