Lagos indeed is one of the significant picturesque cities in Nigeria. These are some of the top five Lagos tourism sites to explore. 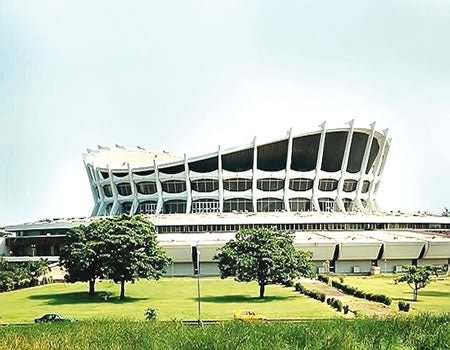 It is somewhat hard to believe that many Nigerians do not know Nigeria itself has many tourist attractions. They find it rather exciting and fascinating to travel out and explore other tourist sites in other nations. Lagos indeed is one of the significant picturesque cities in Nigeria. These are some of the top five Lagos tourism sites to explore.

The primary center of performing arts in Nigeria is located in Iganmu, Surulere Lagos. It was established for the preservation, presentation, and promotion of Arts and Culture in Nigeria. Accessing it from every corner of the city is effortless.

The National Arts Theatre was designed and constructed by Bulgarian construction companies and resembled the Palace of Culture and Sports in Varna, Bulgaria. Its exterior is shaped like a military hat. It has a 5,000-seater Main Hall with a collapsible stage and two capacity cinema halls, all of which are equipped with facilities for simultaneous translation of 8 languages, among others. The best time to visit is during public holidays and weekends.

Raddison Blu Hotel is one of the best hotels in Lagos, Nigeria. It is located in Victoria Island, Lagos, and has one of the best offering views of Lagos and Lagos lagoon. This fantastic hotel is 1 km from Bar Beach and 11 km from the National Theatre, the performing arts venue.

With 170 rooms and suites, it also has comfortable features like free high-speed wireless Internet and air conditioning. Guests can easily access the jetty from the on-site bar and enjoy gorgeous views while dining at the restaurants. Fitness and event facilities are also available.

Third Mainland Bridge is also a major Lagos icon and one of the best Lagos tourism sites because it is the longest bridge in Africa and even the longest of the two other bridges in Lagos, which include the Carter bridge and the Eko bridge. The bridge starts from Oworonshoki, which is links to the Apapa-Oshodi expressway, and Lagos-Ibadan expressway and ends at the Adeniji Adele Interchange on Lagos Island.

The bridge was built by Julius Berger Nigeria PLC, and it measures about 11.8 km in length. It also offers different views - the Lagos lagoon, the university of Lagos waterfront and Makoko and a shantytown built on the Lagos lagoon

You will find Badagry between the city of Lagos and the border with Benin at Seme. It was built in 1842 by Rev Bernard Freeman and other missionaries overlooking the Marina waterfront. In 1863 the town was annexed by the United Kingdom and incorporated into the Lagos colony. In 1901 it became a part of Nigeria. The first story building in Nigeria is in Badagry. The town remains the vestige of slavery in Africa also has the black heritage museum, which tells the slavery story.

Lekki is located on Lekki Peninsula, next to the Lekki Lagoon, and near the Lagos Lagoon. It protects the wetlands of the Lekki peninsula, which consists of swamp and savannah habitats. As you approaching the reserve, you will witness a boulevard of coconut trees, which leads to a well laid out car and Visitors Park. It is endowed with an abundance of plant and animal life.

Its vast tract of wetlands is set aside for wildlife viewing. Raised walkways enable the viewing of animals like monkeys, crocodiles, snakes, and various birds. The Centre was established by the Nigerian Conservation Foundation to protect the wildlife and mangrove forests of Nigeria's South-West coastline from the threat of urban development 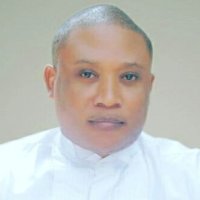 Back in the university days studying sociology, Martins have always wondered what the most powerful thing in the world is. Martins later found out they are WORDS. Since then, writing has been a passion of his and creating words to help solve problems provided Him with joy unending. He also loves to eat plenty of bananas.