A well planned visit to Cape Town in South Africa will leave the visitor with no dull moments at all as there are many sights to behold and experiences to cherish for a lifetime with so much to learn thereby adding to your knowledge based. This second South Africa’s biggest city has a combination of breathtaking beaches, wine lands and mountains amongst which stood the majestic legendary Table Mountain, excellent shopping and a lively nightlife and luxurious hotel accommodations. Bubbling beneath the surface is an irrepressible sense of adventure, and travelers can join in the fun with a range of outdoor activities, from hiking, biking, surfing, and paragliding to whale-watching trips and cage dives with great white sharks. 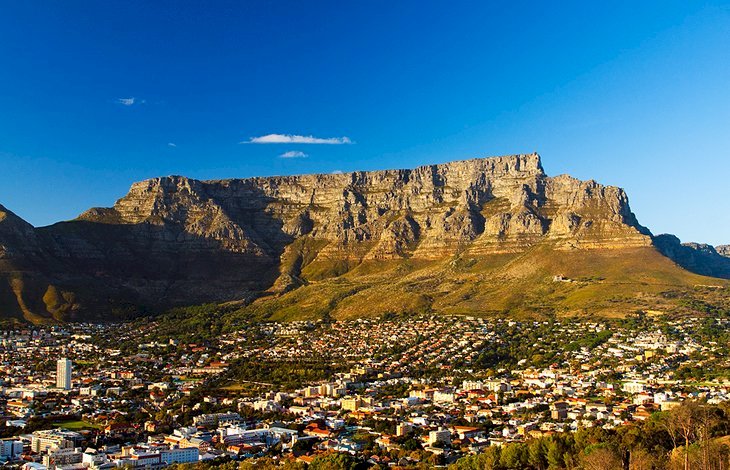 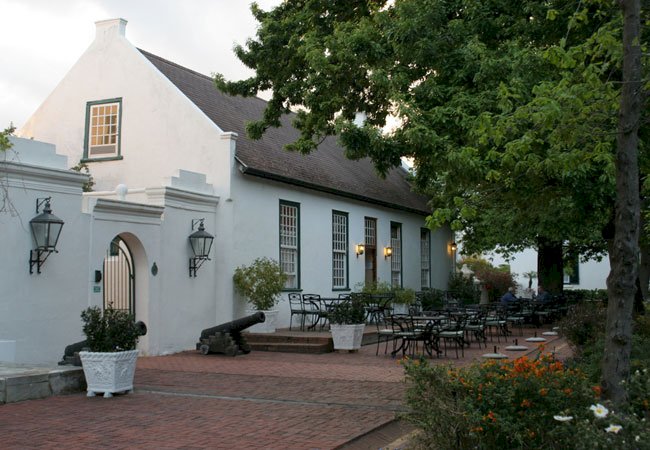 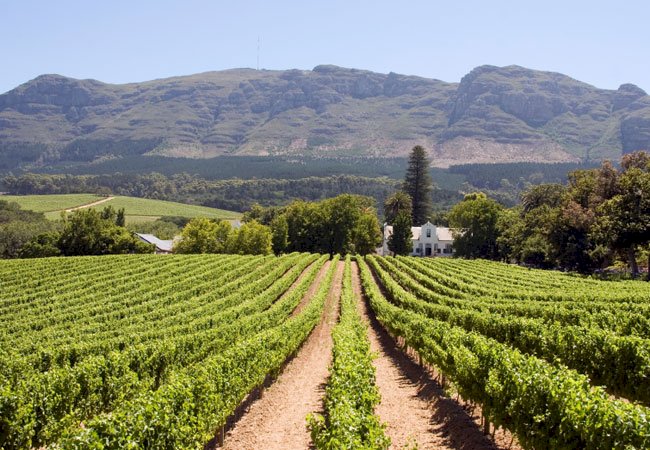 Cape Town is a port city on South African’s southwest coast, on a peninsula beneath the impressive Table Mountain for which Cape Town is noted for. The city is also proudly known as the Mother City. It is a thriving coastal city with lots to see and experience, Cape Town is the southernmost city in Africa among the world’s most iconic destinations for tourist who really want to have a great feel of the African heritage, natural beauties and endowments and historical sites now turned museums.

A well planned visit to Cape Town in South Africa will leave the visitor with no dull moments at all as there are many sights to behold and experiences to cherish for a lifetime with so much to learn thereby adding to your knowledge-based. This second South Africa’s biggest city has a combination of breathtaking beaches, wine lands and mountains amongst which stood the majestic legendary Table Mountain, excellent shopping and a lively nightlife and luxurious hotel accommodations. Bubbling beneath the surface is an irrepressible sense of adventure, and travelers can join in the fun with a range of outdoor activities, from hiking, biking, surfing, and paragliding to whale-watching trips and cage dives with great white sharks.

If you are looking to idyll your vacation then this exotic city is just your destination without mincing words. Set seductively between mountains and the sea, Cape Town flaunts its natural beauty with pride. Rising above the city, iconic Table Mountain provides the perfect plateau for panoramic views that stretch to the glittering Atlantic, botanical gardens beckon from its slopes, and the city's long blonde beaches, backed by towering peaks, are some of South Africa's best.

Most significantly about the city is the rich heritage and history it holds from the elegant Stellenbosch is a Nirvana for connoisseurs. Along the rugged coast, scenic drives slice into mountains that plunge to the sea, penguins waddle on pristine beaches, and Cape Point is part of a UNESCO World Heritage Site with one of the richest floral kingdoms in the world. Robben Island, where Nelson Mandela and other freedom fighters against the apartheid were incarcerated and Mandela for 18 years.

The list goes endless with this oldest European settlement in Africa as we look at some of its finest sceneries that have become one of Africa’s most visited tourist destination.

The flat top Table Mountain is the most photographed landmark in South Africa and a constant reminder that nature is queen in this stunning seaside city, rising 1,087 meters south of the city center. Created from massive beds of sandstone and slate, the mountain forms the northern end of the Cape Peninsula and lies within Table Mountain National Park.  The views are incredible and there’s lots of native flora and fauna to spot. Standing one kilometer (0.6 miles) high, some rock layers are around 500 million years old!

Cape Point lies within the southernmost tip of Table Mountains National Park and is part of the Cape Floral Region, About 60 kilometers from Cape Town, a UNESCO World Heritage Site and one of the richest areas of flora in the world. The scenic drive from Cape Town along the Cape Peninsula takes travelers past the surf breaks of Muizenberg, and the pretty seaside town of Kalk Bay, as well as the prime-penguin-viewing beaches at Simon's Town.

Wildlife is also diverse on this soaring seacliff. About 250 species of birds are found here as well as eland, Cape zebra, reptiles, and troops of brazen baboons. Visitors can enjoy the view from the Cape Point lighthouse by taking the Flying Dutchman funicular or hiking up the many stairs to the top. Other activities include whale watching, shipwreck spotting from the beach, and nature walks.

For a twist on this eye-popping seaside scenery on the return trip, drive along the 114 bends of Chapman's Peak drive, and stop for a succulent seafood feast at Hout Bay or Noordhoek. Cape Point is the most southwesterly tip of Africa, not to be confused with Cape Agulhas, about 150 kilometers away, which is the most southerly tip of the continent where the currents of the two oceans - the Indian and the Atlantic - meet.

About 53 kilometers east of Cape Town, Stellenbosch is one of South Africa's loveliest towns. Elegant Cape Dutch estates rise amid a patchwork of vine-cloaked fields and ancient oaks backed by mountains. This lively university town resides in a picturesque valley, and its fertile soils nurture some of the country's best produce, which the town showcases at its acclaimed restaurants, atmospheric alfresco cafes, and popular markets.

North of Stellenbosch, Paarl also boasts beautiful scenery and a rich agricultural heritage, while the charming town of Franschhoek, about 35 minutes from Stellenbosch, is known as South Africa's culinary capital. Closer to Cape Town, the Constantia Valley is another hotspot for gourmets.

A place where the city meets the ocean, the V&A Waterfront is one of Cape Town’s most popular tourist destinations. The stylish development has heaps to see and do, and it’s a place where you can easily go wild and splash the cash or just as easily save some money and enjoy the sights and sounds on a budget. There’s something for everyone too, so whether you’re travelling with kids, with your love, alone, or with friends, the V&A Waterfront is sure to appeal.

Stretching around two harbor basins, the Victoria and Alfred Waterfront is a buzzing entertainment quarter reminiscent of Fisherman's Wharf in San Francisco. Once a scruffy fishing harbor, this reimagined waterfront district is now one of the city's top tourist attractions and many of the old buildings have been preserved and restored. Millions of visitors a year flock here to the shops, jazz venues, restaurants, hotels, theaters, drama school, cinemas, and museums.

There are four Clifton Beaches, simply known as one, two, three, and four, based on their distance from the town Centre. It’s easy to walk between the different sandy stretches until you find the vibe that appeals to you the most. Locals and tourists flock here in abundance to soak up some sun and gaze upon stunning views. Swimming is possible, but the waters may be a tad chilly for most; you might want to stick with other beach activities instead! Family-friendly, gay-friendly, dog-friendly, romantic, youthful … there really is a beach to suit all tastes.

In a beautiful setting on the eastern slopes of Table Mountain, Kirstenbosch Botanical Gardens are part of the Cape Floristic Region UNESCO World Heritage site. The site was bequeathed to the state by Cecil Rhodes in 1902 and the gardens were established in 1913 to preserve the country's indigenous flora-one of the first botanical gardens in the world with this mission.

More than 20,000 native South African plant species are collected, grown, and studied in the hilly 528-hectare nature reserve of indigenous forest and fynbos. Of particular historical interest are a hedge of wild almond-trees planted by Jan van Riebeeck in 1660 and an avenue of camphor and fig trees planted by Cecil Rhodes in 1898. The flowers, shrubs, and trees are arranged so that a show of blossoms and color brightens the gardens throughout the year.

For nearly 400 years, Robben Island in Table Bay, was a brutal prison where Nelson Mandela spent 18 years in a tiny cell during the apartheid era. Today, the island is a UNESCO World Heritage Site and a must-see attraction for anyone interested in South African history. Tours to the island begin with multimedia exhibits in the museum at the Nelson Mandela Gateway on the Victoria and Alfred Waterfront before traveler’s board vessels to the island.

The boat trip takes about 30 minutes to an hour depending on weather conditions and can be rough during big swells. Robben Island lies some seven kilometers (4.3 miles) off the coast of Cape Town in Table Bay. The island was previously used to detain political prisoners, three of which later went on to become presidents of South Africa. Nelson Mandela spent 18 years imprisoned on the island.

After leaving this hellish six-square-kilometer island, Mandela said, "As I walked out the door toward the gate that would lead to my freedom, I knew if I didn't leave my bitterness and hatred behind, I'd still be in prison." These wise words are even more potent after a tour here.