Ghana’s annual economic growth continued on a strong path at 6.3 percent in 2018, although at a slower pace than the 8.1 percent in 2017. This trend was led largely by a strong growth in mining, petroleum, agriculture and sustained expansion in forestry and logging, according to a World Bank report released 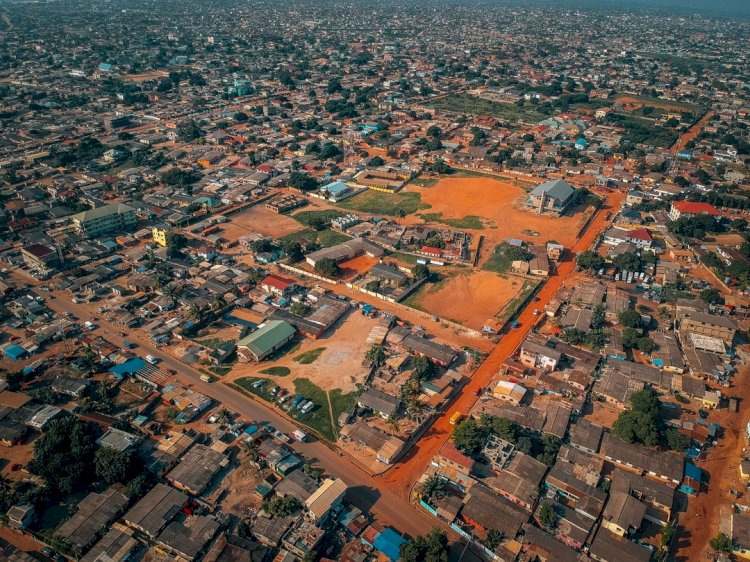 Ghana’s National Development Planning Commission is currently leading a process to develop a 40 Year Long Term Development Plan (2018-2057), with its end date coinciding with the centenary of Ghana's independence from colonial rule. Central to the Plan is the structural economic and social transformation of Ghana. Goals 1 and 2 of the Plan aim at the creation of an inclusive and equitable economy and society. The concern of the 40 Year Plan for inclusive and equitable structural transformation reflects how in recent years this issue has returned to the top of the African development agenda. The African Union’s Vision 2063 gives it centrality as does the Africa Mining Vision adopted in 2009.  Vision 2063 and the 2030 Agenda for Sustainable Development, with its advances on the minimalist ambitions of the MDGs, are explicitly cited as influences on the 40 Year Plan.

Ghana’s annual economic growth continued on a strong path at 6.3 percent in 2018, although at a slower pace than the 8.1 percent in 2017. This trend was led largely by a strong growth in mining, petroleum, agriculture and sustained expansion in forestry and logging, according to a World Bank report released. Non-oil GDP reached a strong 6.5 percent growth in 2018.

The 4th edition of the Ghana Economic Update, which focuses on Financial Sector Development and Financial Inclusion, notes that universal financial access is an attainable target in Ghana with the use of innovative technology and approaches; and the Government must continue to lead the implementation of its financial inclusion strategy over the medium term.  There is also the need to step up effective domestic resource mobilization to ensure that gains on fiscal consolidation are not lost.

The report notes that the industry sector continued to boost growth with 10.5 percent expansion, followed by agriculture with 4.8 percent; while the services sector grew by only 2.8 percent in 2018. Inflation decreased from 19.2 percent in March 2016 to 9.4 percent, in December 2018 the lowest in five years, and was 9.5 percent in April 2019.

“Economic growth is expected to be stronger in 2019, but over the medium term a more diversified economy is vital,” said Henry Kerali, World Bank Country Director for Ghana. “Addressing the remaining vulnerabilities in the financial sector is urgent and will require additional efforts in 2019, and over the medium term.”

The report projects Ghana’s economic growth to increase to 7.6 percent in 2019, driven by both the oil and non-oil sectors. Growth in the non-oil sector is expected to accelerate as policy interventions in agriculture and industry will revitalize the productive sectors. The report recommends the need to better invest Ghana’s current natural resource wealth in non-natural resource sectors for sustainable growth in the medium-to-long-term.

Thirty years on purposive state action is required to break away from this model and advance inclusive and equitable socio-economic transformation. Such an approach will also be a process of deepening Ghana's democracy. It is worth remembering the provisions of Article 36(2) (e) of the Constitution  which state that the "State shall take all necessary steps to establish a sound and healthy economy whose underlying principles shall include the recognition that the most secure democracy is the one that assures the basic necessities of life for its people as a fundamental duty".

The government sustained its fiscal consolidation efforts in 2018 despite shortfalls in revenue.  According to the report, fiscal consolidation is however expected to slow in 2019 but the overall outlook will likely remain intact over the medium term (World Bank estimates, official 2019 fiscal data is yet to be released); domestic revenue mobilization is therefore very important.

“An effective domestic resource mobilization strategy is an urgent priority as the reduction of expenditures, including public investment, in response to revenue underperformances may not be sustainable,” said Michael Geiger, Senior Economist and co-author of the report. “The next election cycle in 2020 will be an important test of fiscal sustainability.”

Increased weaknesses in the financial sector over the past years, resulted in the authorities closing nine domestically owned universal banks between 2017 and 2018, the report notes. The Government provided substantial fiscal support to cover the gap between the liabilities and the assets.

“It is encouraging to note that the authorities are strengthening supervision, including through enforcement of prudential standards, implementation of a new capital requirements directive, introduction of risk management and corporate governance directives, among others,” said Carlos Vicente, Senior Financial Sector Specialist and co-author, “these will strengthen resilience and stability of the banking system in the medium term.”

Ghana consistently receives praise for the fact that compared to many other African countries it has experienced peaceful electoral transitions from ruling parties to the opposition. That achievement cannot however mask the growing disillusionment with the policy continuities among successive governments and the failure of these to address the most pressing concerns of most Ghanaians and the seeming cross-party consensus within the political and economic elite to tolerate the self-serving use of public office and political power. Realizing the imperative of inclusive and equitable structural transformation will entail a radical change in the culture of power and politics in Ghana. This is indispensable if the country is to achieve the SDGs by 2030.

3. The World Bank in Ghana

4. The World Bank in Africa

Which is the Oldest Civilization in Africa? Part 1