In the ancient world, Africa was home to some of the world’s best leaders. Among those leaders were queens that led their kingdoms with precision and power. Their leadership has left an indelible mark on history. We take a look at some of the most dynamic ancient African queens. 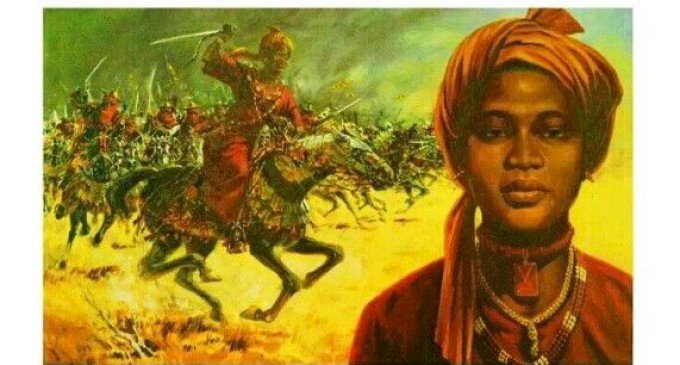 Queen Aminatu, daughter of Bakwa Turunku, was a great Hausa warrior. She is well known as a warrior princess, having inherited her mother’s assertive and precise nature.

Her mother built the capital of Zazzau. The city was one of the seven original states of Hausaland in the 16th century. As a member of the royal family, Amina chose to hone her military skills. She soon became one of the greatest warriors of Zazzau.

She increased Zazzau’s borders through her smart tactic. Her leadership helped to make Hausaland the center of trade in the Saharan and West African region. She was also the architect of Hausaland’s fortified walls. Her career as a warrior and princess spanned over three decades.

Ethiopia’s 14th-century royal epic, the Kebra Nagast or “Glory of Kings,” writes that Makeda was a queen of incredible strength.

Makeda is famous for her story with the biblical figure, King Solomon of Jerusalem. They had a son named Menelik I (or Ebna la-Hakim), meaning “son of the wise.” Their son became the first imperial ruler of Ethiopia and the first of a line of Aksûmite kings.

According to historians, Makeda and her son brought back the biblical Ark of the Covenant to Axum. Through them, the lineage of great East African and Nubian kings was born.

She left a legacy as an essential figure in Old Testament history for the Ethiopian Orthodox Church.

Queen Nefertiti is a prominent queen from ancient Egypt. Her name means “a beautiful woman has come.” She left a legacy of strength, beauty, and power.

She was born either in the town of Akhmim or in a country located in modern-day Syria. Historians believe that she married Akhenaten, who ruled Egypt from 1353 to 1336 B.C.

Together, they had six children, including the famous King Tutankhamun. The couple is best known for their exploits in expanding the Egyptian nation. They were responsible for establishing the cult of Aten. The religion placed the sun god Aten as an essential figure of worship. They were at the fore of Egyptian culture, promoting the nation’s artwork and language.

They were a couple that displayed their love for each other in public. They changed Egyptian culture through their public displays of affection. These were unusual for pharaohs during that time.

Nefertiti’s images on the walls of Pharaoh Akhenaten’s tombs portray her as a woman of authority and power. Her depictions show her driving a chariot or smiting an enemy.

To date, her painted sandstone bust has become a global icon of feminine beauty and power.

Queen Ranavalona the First of Madagascar

Queen Ranavalona I ruled Madagascar from 1788–1861. She was of Merina descent, which is the island’s largest ethnic group.

During her 33-year reign, she created Madagascar to be an independent state. She remained defiant against European colonialism. In doing so, she maintained the cultural and political sovereignty of her nation. Colonialists viewed her as a tyrant, while her people saw her as a patriotic leader.

Queen Cleopatra is a popular political figure from ancient Egypt.

Her life inspired many historians and storytellers. English playwright William Shakespeare wrote the famous play “Antony and Cleopatra” based on her life.

Cleopatra was born to a royal family around 69 B.C. After her father King Ptolemy XII died, she and her brother ascended to the throne. She was 18 years old during this time. Their relationship became strained after they assumed power. Cleopatra then assembled an army to overthrow her brother.

She defeated him in the Battle of the Nile, with help from Julius Caesar of Rome. She met the emperor when he sought refuge in Egypt during Rome’s civil war. Historians believe that they had a child together named Caesarion.

Following Caesar’s assassination, Cleopatra met Marc Antony. The two lovebirds had a tumultuous love affair that still inspires many storytellers. The queen died following a snake bite by an Egyptian cobra in 30 B.C.

Antony committed suicide after receiving false reports that Cleopatra died in the battle at Actium. They were buried together as they had wished, and Egypt became a province of the Roman Empire.

Queen Nandi of the Zulu kingdom

Queen Nandi was the mother of Shaka Zulu, one of the Zulu kingdom’s greatest kings. The Zulu nation was a superpower in the Southern African region. Queen Nandi’s story is one of resilience as a mother, and one of hope against social pressures.

Historians say that she fell pregnant with Shaka Zulu out of wedlock. Shaka was King Senzangakhona’s son. She endured great humiliation but remained steadfast with raising her son.

During Shaka’s reign, Queen Nandi had significant influence over the affairs of the kingdom. She was the voice of reason during times of political strife with neighboring kingdoms. King Shaka was able to go on many exploits because of her support. He extended the borders of the Zulu kingdom over a period of 12 years.

Zulu dignitaries and people marked Queen Nandi’s death with a long period of mourning. They called this period, “Isililo SikaNandi.”