Youth Day in South Africa is commemorated every year on the 16th of June in remembrance of all the young people, mainly students, who lost their lives during the Soweto Uprisings. Students in the Johannesburg Township of Soweto took to the streets on the 16th of June in 1976 to stand up against the racist educational policies of the apartheid government as set out in the Bantu Education Act of 1953. 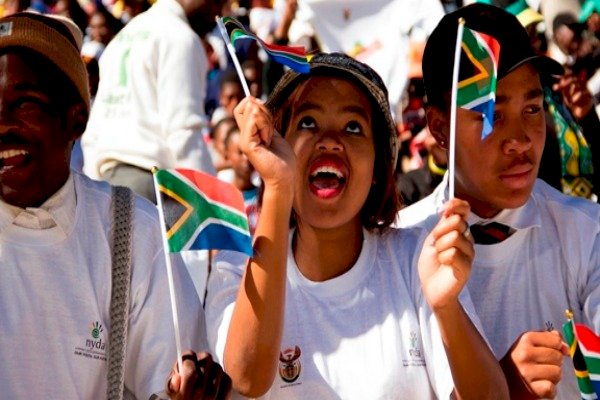 The Bantu Education Act was one of the apartheid government’s most offensively racist laws that saw black students receive a lower quality of education, and black schools being controlled by the government with little to no funding. The government forced missionary schools to be integrated into the state-governed education system, removing the control of African education from the churches and provincial authorities to the centralized Bantu Education Department. Prior to 1953, 90% of black South African schools were state-aided mission schools, with most of them choosing to close down rather than integrate into the Bantu Education System.

Apartheid, itself, was a racist system of governance that believed that white supremacy was not only a necessary way of life, but also a God-ordained order of life, which placed any other racial group beneath white people. The system sought separate development, and, in turn, created ideological and systemic racism that supported the inferiority of black people in all aspects of life.

The main purpose of Bantu Education was to create a separate and unequal system of education in South Africa that saw to it that black students be trained to be the labour force of white South Africa, or as was explained by the government, “To be hewers of wood and drawers of water for a white-run economy and society.” This philosophy set its origins in the original framework of separate development crafted by Afrikaner nationalists in 1939. The framework called for ‘Christian National Education,’ where the white race takes responsibility over black education while overseeing the separation of education between the African, coloured, and Indian groups.

Another purpose of Bantu Education was to erode the culture, heritage, educational and economic prosperity of black South Africans by promoting racial stereotypes in curricula and making core subjects such as mathematics and the sciences difficult to learn through barriers such as making it compulsory for educators to teach these subjects in Afrikaans, if they were available at all in black schools.

Conditions in schools were very poor with overcrowding, lack of resources, and unqualified educators hindering the teaching of students. By 1961, only 10% of educators in black schools had completed their high school education and student-to-teacher ratios were at 58:1 by 1967.

All of these issues, coupled with the rise of the Black Consciousness Movement, the South African Students Organization, as well as the political awareness of the government’s racist laws, resulted in a growing anti-apartheid sentiment across the country. Sentiments reached their peak in 1974, when Afrikaans were made compulsory as a medium of instruction in schools alongside English.

On the 16th of June in 1976, approximately 10,000 students were mobilized by the South African Student Movement’s Action Committee (SASMAC), with the support of the Black Consciousness Movement, to demonstrate peacefully by marching to the Orlando Stadium in Soweto. This peaceful protest turned violent when the police opened fire on students, killing many students including Hector Pietersen, shot and killed by the police. The photograph in which Pietersen was carried to the local clinic by fellow student, Mbuyisa Makhubu, and his sister, Antoinette Sithole, taken by political photographer, Sam Nzima, became the symbol of the uprisings. This led to a country-wide revolt against the government, and this led to an international outcry against South Africa. The number of young people killed by the police during the protests is usually said to be 176; however, according to estimates, as much as 850 people lost their lives at the hands of the apartheid police during widespread protests in 1976.