Education Africa brings together like-minded people from all corners of the world to participate in arguably, the largest and ever-growing International Marimba and Steelpan Festival in the world. The festival kicks off at St Dominic’s Catholic School for Girls in Boksburg on 27 and 28 July 2019. 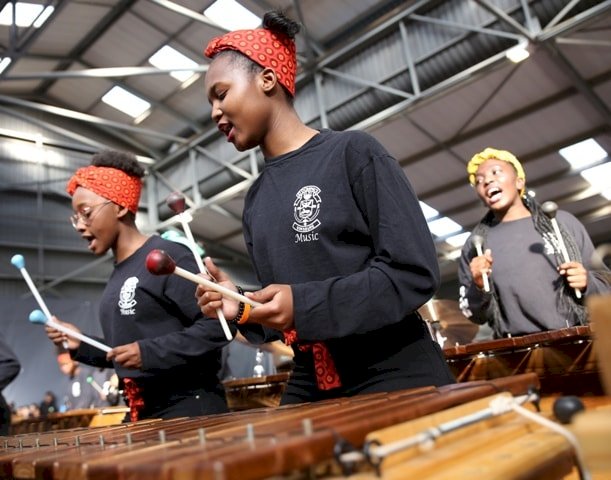 “Marimba playing has certainly been growing in South Africa and it is really exciting to witness and be a part of this growth,” says Joan Lithgow, Marimba Specialist and Director of the International Marimba and Steelpan Festival. “It is particularly evident when looking at the ever-increasing numbers of competitors that take part in the annual festival.

It is only through tremendous efforts made in the past decade by various marimba and steelpan manufacturers, individuals, educational institutions and NGOs that marimba and steelpan playing have become sought-after activities by youth of all socio-economic backgrounds in South Africa.”

Marimba playing is popular all over the world. In some parts there are marimba bands similar to the ones we find in South Africa while in other parts we find orchestral marimba ensembles that concentrate on classical and light music repertoire. Steelpan ensembles too are found all over the world and are a great source of entertainment to all who listen to them.

Music remains inextricably linked to culture and should form part of a child’s holistic education. As such, Education Africa has embarked on the establishment of Marimba Hubs. This uniquely African instrument is incorporated into any curriculum with relative ease. “Currently we operate 17 hubs across South Africa,” confirms Lithgow. “Besides the benefits on the learners, the establishment of Marimba Hubs creates job opportunities as a number of potential marimba facilitators are trained in each hub of which several will be chosen to train the learners.

The annual festival is the culmination of a year’s work where trainers and learners display all their talent and diligence that has been put into creating incredible pieces of music,” concludes Lithgow.

“We look forward to welcoming the world back to our amazing country as the 8th International Marimba and Steelpan Festival kicks off at the end of the month.”

·        R225 per spectator at gate for a two-day Festival Passport which includes admission to all workshops and all performances.

·        R125 PER DAY: includes admission to, and participation in, all workshops and attendance at all performances.

For more information visit www.internationalmarimbafestival.org or call Education Africa on (011) 685-7300.