Thirteen years after Binyavanga Wainaina’s satirical essay, many “experts” on Africa continue to fail to comprehend the need for African voices in stories about the continent. 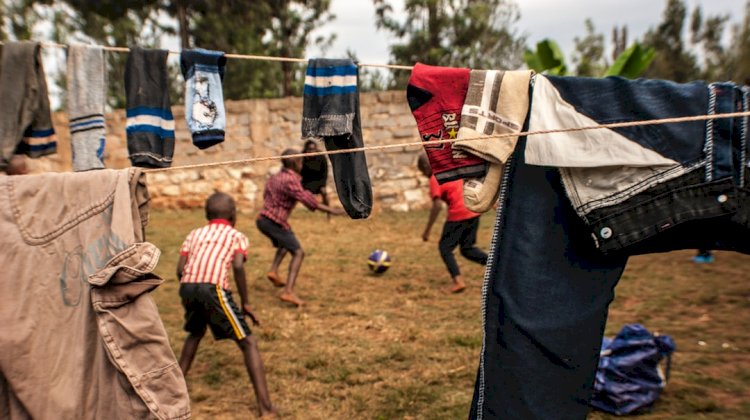 Vaguely ask what the biggest development has been on the African continent this past year would most likely be meaningless. Unless, if one was to follow Binyavanga Wainaina’s eloquently satirical argument on effectively writing about the continent: treat it as if it were a country, keep the stories “simple” and entirely episodic, and be confident with sweeping generalisations. This is a strategy of domination, of marginalisation, of dispossession, and it continues to be the way most narratives on and about Africa are being shaped.

When The National Interest recently published a piece with an inquiring title “Is Africa’s Narrative Changing?” (co-authored by Michael O’Hanlon, a senior fellow at the Brookings Institute, and Hannah Markey, an intern at the same think-tank), one would expect the possessive to imply an African “ownership,” and the interrogative to allow the continent some space to independently decide the direction, the tone, the timing, the priorities in shaping its own narratives.
Only, it did not. Indeed, it needed not.

The article was mainly concerned with security and political dynamics in Africa in the past year, because this year, “the big story in Africa is less about growth rates, or big changes for better or worse in conflict dynamics. Instead, the biggest story is in the realm of politics.” Although it is nowhere close to the omnipresent negation, or the traditional negative stereotypes about the continent, it nevertheless leaves out major issues and details that are crucial. If Africa’s narrative, or if narratives on and about Africa are changing, these issues and details warrant discussions. Unfortunately, “Is Africa’s Narrative Changing?” seems to have completely missed that point. Africa or African, here, is more an idea than a palpable reality.

Consider, for instance, the glaring omission of the signing and entry into force of the African Continental Free Trade Area (AfCFTA) — the largest free trade area since the establishment of WTO — that aims to boost intra-continental trade, drive innovation, bring prosperity, and help fight the hard battle against extreme poverty. Such an omission is unconscionable. Moreover, one would also expect the ongoing talks on reforming the African Union (AU) to make it as a big story of the year. Indeed, if one story should deserve the epithet “African,” the perceptible winds of change of the AU, the push to make the continental body more effective in its activities, more efficient in its spending, and more self-reliant in sourcing of its finances should have been on anyone’s shortlist. Such cuts are hardly surprising; they are another reminder that writing about Africa fundamentally entails wiping out anything that does not fit into the set agenda or interests of those telling the story.

The piece also argues that the “trends in democracy… are OK,” completely ignoring the disconcerting trajectory being taken by a growing number of countries. Even in erstwhile promising democracies there are growing concerns about a “democratic decay.”

Benin, once lauded as West Africa’s model democracy, and Guinea, whose Alpha Conde has become a shadow of his old self, morphing from “democratic saviour” to a lethal threat to his country’s democratic aspirations, are two examples that readily come to mind. This is not necessarily a subscription to the claims of democratic recession in the region, but it is to point out that a balanced analysis of the recent political dynamics in Africa ought to consider such developments. Similarly, the silent revolutions in Algeria and Sudan warrant a passing mention, if only because of the trends that could be created or reinforced by these developments.

Also, it is intriguing that the article failed to consider the conflict in the Sahel Region, especially in Mali, as a major playing ground for both regional and continental security apparatus.

For instance, the Economic Community of West Africans States (Ecowas) warned that the Malian crisis could spill into neighbouring countries and destabilise the region. More striking, however, is the article’s complacent section on Democratic Republic of the Congo (DRC). The authors frustratingly failed to elaborate on the country’s ebola crisis. The current epidemic in DRC is said to be the second-biggest ebola epidemic outbreak since that of 2014 - 2016. In fact, on July 17, the World Health Organisation (WHO) declared it a global health emergency, and the assessments mentioned fears that it might spread into neighbouring Uganda, Rwanda and South Sudan. These concerns were echoed by the United Nations Security Council, which observed that “the disease could spread rapidly, including to neighbouring countries, possibly having serious humanitarian consequences and impacting regional stability.”

Thus, rather than simply wondering if Africa’s narrative has changed, perhaps the real questions should be: how are narratives on and about Africa changing? Could there be a room for Africans to claim their ownership? And how to best do that?

The task is not to replace one single story with another. Rather, as Peter da Costa eloquently argues: “There is a need to push the boundaries, to find new ways to communicate about [developments], to represent Africa in all its complexity and contradiction…” Only then will we have in-depth and informed analyses; and only then will we offer balanced perspectives about the complex dynamics unfolding in Africa. The real challenge, in a nutshell, is to provide balanced and substantiated perspectives, rather than catchy titles with hollow contents.

Interview: Dr Natalia Kanem – Gender Equality is about fighting for the...