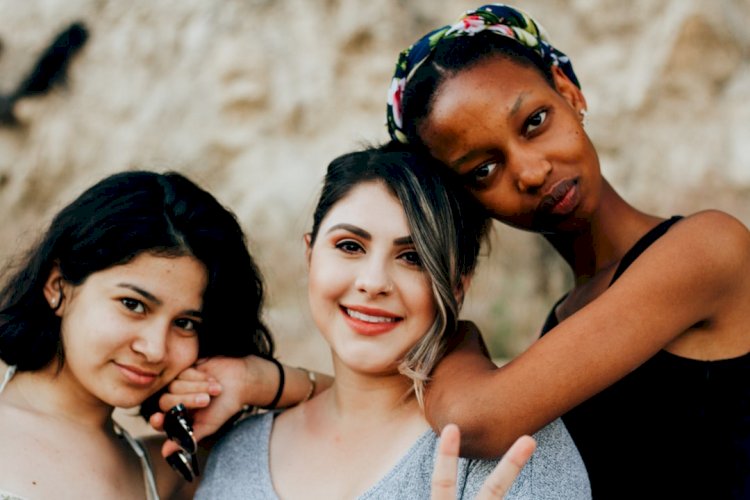 Analysts credit the development to recent immigration trends. Although African immigrants make up a small share of the nation’s immigrant population, their overall numbers have doubled every decade since 1970, according to the Pew Research Center. Africans now make up 39% of the total foreign-born black population, up from 24% in 2000. 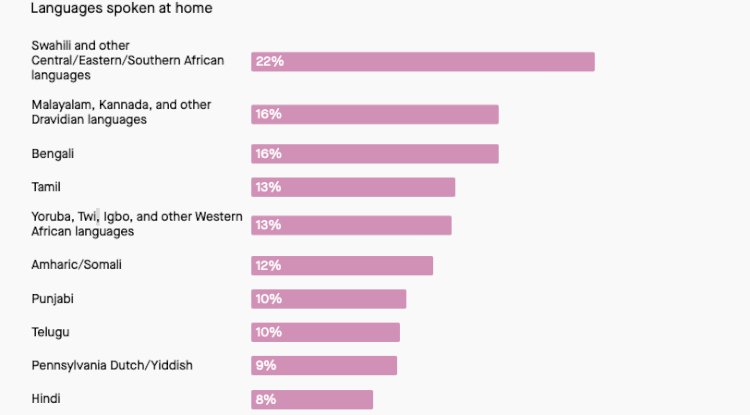 The immigration population growth in the U.S. has slowed down in recent months. But president Donald Trump’s infamous “shithole” comment about African countries and the recent rise in the removal of Africans from the U.S. has not deterred African migrants from seeking refuge in the U.S. In June 2019, U.S. Customs and Border Patrol officials recorded an unprecedented rise in African migrants at the U.S.-Mexico border, arriving at a rate of 30 to 40 people a day. Majority of these asylum seekers are from the Democratic Republic of the Congo and Angola.

This is not a trend that is expected to change drastically anytime soon. The number of Latino migrants living in the U.S. surpass sub-Saharan African immigrants and, consequently, Spanish is still the fastest-growing non-English language in terms of the population of speakers. The share of people who speak English at home fell from 78.4% in 2016 to 78.1% in 2018, according to recently released data from the US Census.

African languages, however, are among the fastest-growing languages with regards to the speed of growth, and the continued flow of Africans Westwards remains significant to the trend. The continent’s mushrooming under-30 population, particularly those between the ages of 18 and 25 have considered emigrating, and North America is a top destination for the 22 percent who want to leave. This desire to migrate is highest in West and Central Africa. 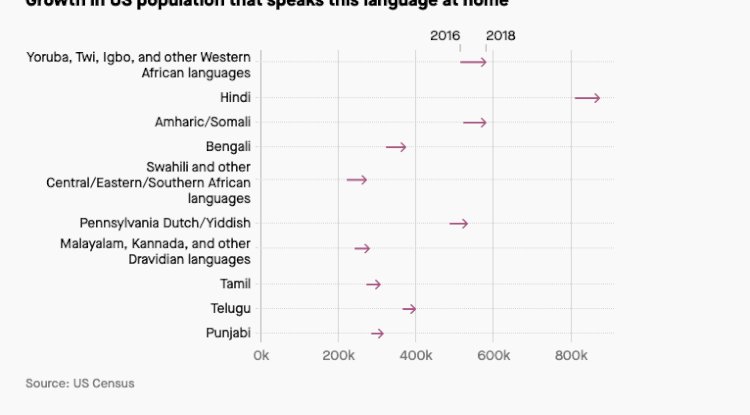 Nigeria, Ghana, South Africa, Tanzania, Senegal and Kenya are among the principal countries of origin for sub-Saharan African migrants to Europe and the United States, which explains why Swahili, Yoruba and Igbo are leading the African cohort on the Census Bureau’s list of fastest-growing languages.

This trend is already having an impact on the U.S. In the upcoming 2020 census, the country will, for the first time, have printed guides in three additional African languages—Igbo, Yoruba, and Twi. The previous census in 2010 had guides printed in five African languages all of which were from East and South Africa.