Reality shows like BBN are the new money makers in the entertainment industry with revenue reaching billions of Dollars from each season, making the producers wanting to create something even better on the next season. 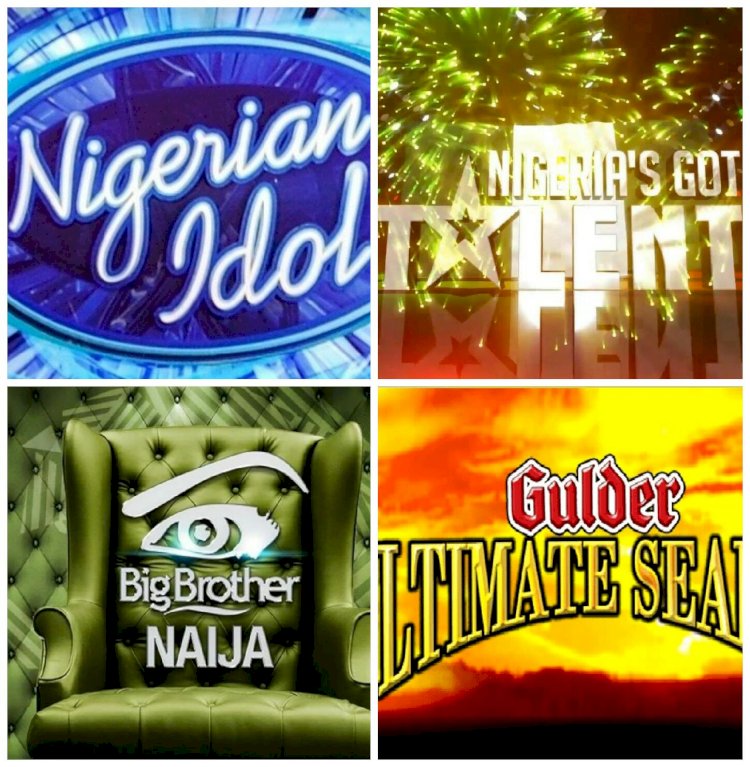 So I’m sitting in the bus trying to come up with an idea for my next article and boom! Two ladies seated in front of me are laughing and chattering about the ongoing Big Brother Naija show, and I am seriously bamboozled by their solemnity. What is it about this show that gets over a million people hooked to their television sets? What is the mystery behind its success? Why do people prefer BBN over mathematical shows and political and current affair talk shows?
I guess we’ll never know.

Reality shows like BBN are the new money makers in the entertainment industry with revenue reaching billions of Dollars from each season, making the producers wanting to create something even better on the next season.

Reality shows have been around for decades since the 1920’s with Talk shows, Game shows, and Talent shows as earlier forms of reality shows and not until recently it became one of the biggest genres in the entertainment industry worldwide with drama shows and series behind.

But the question remains.. What do people love watching these shows? What do people learn from these shows? Why are people so emotionally invested? Frodd escapes eviction, Tacha is trying to be the new CeeCee or Tboss, Mercy's booty is so huge, it bounced Tuoyo out of the show, what and how does that affect the current situation of every citizen?

I cannot comprehend the excitement.

In trying to understand this phenomenon, we have to look at the philosophy and psychology behind reality shows. According to 18th-century British philosopher, Jeremy Bentham, his theory suggests that in a prison where inmates feel they are constantly being watched, no guards would be necessary, because the prisoners would watch each other and adapt their behavior. On the other hand, the reality show would make these group of people in a house act as obnoxiously as possible because they’re being watched and of course.. It comes with accolades.
Back to the bus where these ladies were lost in the gist, I tried to understand their psychology towards the reality show. Life is hard, with the present state of unemployment, insecurity, kidnapping, and banditry in the country; people are desperate for distraction even if it makes them forget their problems and worries for the next 30 minutes.

Unlike reality shows they require a hundred percent of your concentration. Reality shows are fresh and light and suitable for people who have had a long, hectic day and just need something light and fun because the day’s activity has taken all the energy for any seriousness.

Another reason is that it’s a reality show, the events are happening in real time! The fact that these shows are unscripted; the unpredictability nature of the show and character increases the tension and intrigue, hence attracts more viewers.

Wrong! Reality shows are scripted, so there’s nothing real about it. Each episode has a synopsis and perhaps a minimal unprofessional script the contestants have to read before air time, else producers may face a series of lawsuits if contestants start punching each other over someone kissing the other contestant’s crush. If the producers will have to edit extremely violent scenes and offensive languages, which will take weeks to cover, then the originality of the show is lost.

But that still doesn’t explain the fun in watching people from carefully stationed cameras, yelling at each other, kissing and cuddling, no plot, no direction, no character development.  No life lessons.

But what about drama series?

Yes, drama series like Game Of Thrones was all the rage at some point but at least viewers learned quite a lot from the show. In the case of GOT, every fan can literally write a book on the many lessons learned from the series, from women empowerment which was like the number theme that stole the hearts of the majority to love and tolerance, and not being judgmental with people’s appearances and not being over confident because that could get you killed.

The show also teaches hard work and dedication to your dreams pays, it talks about bravery and not betraying family and also one of my favourites; the fact that nobody knows anything, we only assume that we know. The show also draws a lot from real history.

At the end of the day we cannot take away the joy people derive from reality shows, we cannot deny them the joy it brings. Drama is entertainment. All shows are entertaining but if it isn’t teaching you anything at all, why waste that precious time?