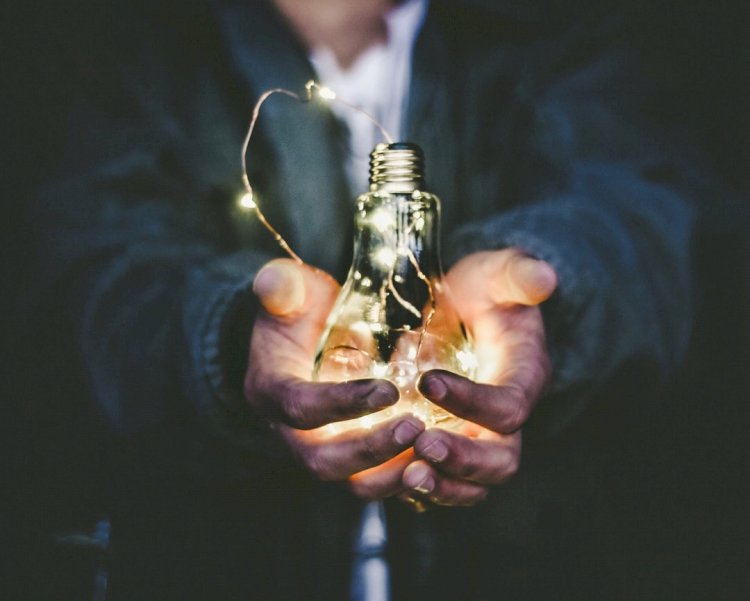 A research was conducted on How Technology Could Promote Growth in 6 African Countries by Bhaskar Chakravorti and Ravi Shankar Chaturvedi from the Fletcher School at Tufts University. Certain variables and factors were looked at as it pertains to digital growth comparison for the African countries and 6 key countries from different sub-regions of Africa on digital technology in economic development were used as case studies. See more of that on part 1 of beyond digital growth for African countries compared. We already discussed two African countries out of the six namely Nigeria and South Africa. We conclude on the remaining 4 see details below:

The digital technology sector is Egypt’s second-fastest-growing sector. The country is also producing a large number of skilled graduates; it has the highest number of tertiary graduates of the countries we studied. Egypt is a regional leader in skilled digital jobs creation with online freelancer pools in creative and multimedia, software development and technology, and in writing and translation. With 50% of its population below the age of 30 and a massive e-commerce market, Egypt is also developing one of the region’s fastest growing entrepreneurial hubs.

Recommendations from the research for Egypt

With only 8% of Egyptians over 15 years of age having made a digital payment in the last year, policies to promote the use of digital payments must be implemented. The recent law requiring most payments over 500 Egyptian pounds ($29) to government, and most of the salaries and fees paid out by public and private entities, be made electronically is an example, but other actions are needed.

With one of the weakest records on online freedoms in the Middle East, Egypt can create opportunities in digital media by relaxing internet censorship rules.

The high frequency of internet disruptions and website blocking must be decreased.

While it has the most ground to cover among the six countries studied, Ethiopia is experiencing positive developments in several areas that can facilitate digitally enabled growth. Prime Minister Abiy Ahmed, who won the 2019 Nobel Peace Prize, has a background in and understanding of the tech sector and has been implementing reform in a number of sectors, including privatization of several state-owned entities. Ethiopia has also been upgrading its infrastructure, with a $20 billion investment in the power sector. Overall enrollment in higher education facilities in the country have grown five-fold since 2005, and the government has a policy of training 70% of students in STEM; so the human capital base is strong. With a fast-emerging tech hub, also known as ‘Sheba Valley,’ the country has had several homegrown ride-hail ventures, Ride and ZayRide, startup marketplaces, Gebeya and BlueMoon, as well as an agtech incubator and seed fund. Ethiopia can leverage advances in adjacent areas: there is a growing manufacturing industry and use of advanced technologies, such as blockchain use in tracking the supply chain and enhancing trade in coffee beans.

Recommendations from the research for Ethiopia

With only 15% of its population online, low spread of 3G and 4G technologies, and low use of digital payments (only 12% of the population over 15 years of age made or received a digital payment in 2016) , there is plenty of headroom for digital growth. Ethiopia must close a deep digital divide, invest in basic infrastructure, and facilitate competition. Internet access needs to be made more affordable and reliable for the average Ethiopian.

Privatization of key sectors can help catalyze competition and an entrepreneurial climate. A key development that could lead the way is the privatization of the telecoms sector

The country is almost entirely reliant on cash, and would benefit from a regulatory environment that builds trust in digital money

Ensuring reliability of the key infrastructure should be prioritized. An unreliable power supply, along with intentional internet shutdowns during anti-government protests, states of emergency, or to limit exam cheating, are all primary barriers to the country’s digital evolution.

Home to what’s known as a “Silicon Savanah” in Nairobi, Kenya has a growing, tech-savvy ecosystem. Thanks to the popularity of M-Pesa, the mobile payments capability offered by Safaricom, over 70% of Kenyans have a mobile money account, and over 75% of Kenyans aged 15 or older made a mobile payment in the last year. During the past decade, Kenya has advanced quickly as a hotspot for some of the continent’s most innovative digital enterprises, such as Ushahidi, M-KOPA, M-TIBA, etc. There are 200 digitized services offered through Huduma E-Centers countrywide and a comprehensive online government-to-citizen services platform, eCitizen. Kenya’s policymakers have enabled a favorable regulatory environment, and have promoted a high use of digital payments.

Recommendations from the research for Kenya

A Kenyan born today is likely to achieve at most 52% of their potential if they survive to adulthood because of gaps in the education and health systems. Investments in policies to promote education, digital skills and healthcare must be prioritized.

Investments in basic infrastructure, to reduce power outages and other disruptions must be made.

Despite its leadership with M-Pesa, cash accounts for 71% of Kenya’s total payments, primarily because non-consumer payments are disproportionately in cash. Kenya has enormous potential for the digitization of payments involving businesses.

Digitization barriers in the value chain, such as lack of credit, user experience issues, and informal economy challenges should be addressed; agriculture and food & beverage sectors offer the best opportunities.

Rwanda has been moving to transform itself into a digital hub, with several notable initiatives, including Irembo, a government-to-citizen services e-portal, high mobile account usage, expanded 4G coverage across the country, and improved digital skills. Rwanda’s Mara Group also became the first manufacturers of a smartphone made entirely in Africa. For example, 90% of Rwandans are within 5 km of a financial access point, due to the Umurenge SACCOs (USACCOs), established in 2008 to boost rural savings and to provide livelihood-enhancing loans to Rwandans.  Also, Rwanda is has played a pioneering role in the region in exploring several key emerging technologies, such as drones used to deliver critical supplies to inaccessible areas or considering a central bank issued digital currency.

Recommendations from the research for Rwanda

Rwanda’s mobile money adoption rates, while high, can still be improved. There are three mobile operators offering mobile money services, but the banks still need to develop their strategies.

Irembo can achieve its full potential through policies that improve digital education, connectivity, and acceptance and authentication of e-certificates.

Policies must prioritize bridging the urban-rural digital divide, and in reducing electricity, water, and transport infrastructure disruptions. They must also address the highly fragmented markets, poor document management and payment tracking methods, and the interoperability between USACCOs and mobile money operators.

USACCO operations need to be improved to reduce leakages and theft, improve efficiencies, and increase the profitability of the cooperatives.

The recently announced African Continental Free Trade area went into force in May 2019. The agreement could, in principle, create a single market of over a billion consumers with a total GDP of over $3.4 trillion, making Africa the largest free trade area in the world. There are differing motives for pan-African cooperation across countries. For some countries, such as Nigeria, that are dependent on global markets, the incentives to be participate are weaker, while a country like South Africa would have a stronger interest in a pan-African market.

As their analysis have shown, the digital advantages and gaps of different countries vary widely. A free-trade zone could help in collaborative initiatives, such as the benchmarking described here, to close the gaps and transfer knowledge across countries to enable the delayed promise of growth in Africa and helping make the growth inclusive – thereby accomplishing that rare phenomenon of getting lions to leapfrog.

Editor’s note: Every ranking or index is just one way to analyze and compare companies or places, based on a specific methodology and data set. At HBR, we believe that a well-designed index can provide useful insights, even though by definition it is a snapshot of a bigger picture. We always urge you to read the methodology carefully.

Kalanga: A Tribe/Culture where the Bride Sleeps with her Father in-law...

DÉJÀ VU – In Tragic Vein - A letter from Wole Soyinka amidst the protest...