Chioma Onwutalobi was recently featured on Forbes highlighting her story as a successful entrepreneur. This feature highlights the journey of a 24 year old entrepreneur seeking to change the narrative associated with Africa. 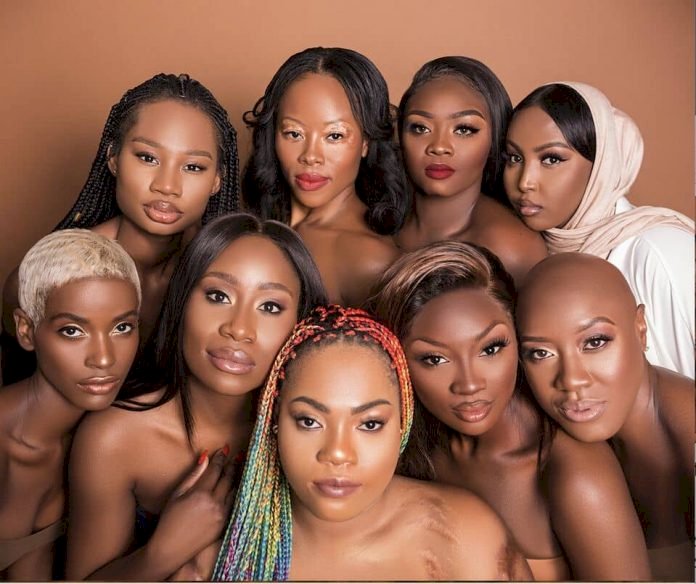 Chioma Onwutalobi was recently featured on Forbes highlighting her story as a successful entrepreneur. This feature highlights the journey of a 24 year old entrepreneur seeking to change the narrative associated with Africa. From a thriving legal career to diving into the publishing industry, she shared what led her down the path to working with some of Africa’s most prominent celebrities making Glam Africa the most distributed African lifestyle magazine today.

A Career in Law & Media to Get the Needed Experience:

Chioma’s career began in the legal department of London-based oil & gas firm. Qualifying as a lawyer was something she had always wanted to do. As part of her role, she found herself frequently traveling to various parts of Africa, often for months at a time, including Nigeria, Ghana, South Africa, and The Democratic Republic of Congo. Whilst working on deals, she felt significantly disconnected to her country of origin and came to the realization that she knew very little about its neighboring African countries. When sharing this with her peers (many of whom are also second or third generation African immigrants) it became clear that this was a common theme and concern for them also. At university, Chioma had previously created one of Nigeria’s most popular news websites, which at one point ranked in the top 100 on Google Analytics so was familiar with the concept of distributing online content that would keep readers engaged and updated with trending news. It was a business model she could replicate on a larger scale. However, she wanted her platform to work across all mediums, from print and digital to social media and events.

Validating the Idea & Taking Steps to Make it a Reality:

In 2014, Chioma conducted the vital research required to get her business off the ground and create a lifestyle platform that would become Glam Africa. Luckily, she found herself in a favorable position with her media experience and legal career as, although the hours were long and she often worked into the early hours of the morning, the vast amount of corporate travel involved allowed her to keep on top of the key news stories in the various African countries. Over the next 12 months, she diligently mapped out her business structure, clearly outlining how she would finance the project, where and how she could distribute the product and which marketing channels would be most effective in Africa’s most vibrant communities. Unsurprisingly, however, she constantly ran into discouraging reactions when she shared her business plan with others in the publishing business. At that time in 2014, due to the increased use of online mediums for news, many publishers were shutting down and those that still remained were frantically restructuring their businesses in order to survive the changes. Unfazed by the noise, Chioma decided that she still wanted printed media to be a substantial element of the business, to complement the other online products and that she would figure out the best way to distribute the magazines in both Europe and Africa. Others whom she spoke with disapproved of the magazine’s name ‘Glam Africa’. Her critics commented that it was an unnatural juxtaposition, given that it was unusual to associate the two words with one another. However, Chioma knew exactly what she wanted her brand to convey and stayed true to the core message. The name stuck – something that would come to be a significant benefit later down the line.

Building Glam Africa as a business:

A year of planning later, Chioma was finally ready to launch her platform. She sought seed investment however, after some unsuccessful attempts, opted to take the riskier route and spent her savings on getting the business started. She had already researched the process of producing the magazine itself, however, two other variables required interest from external parties: getting her magazine stocked at retail stores and finding companies who would buy advertising space in the magazine. Chioma was fortunate with the timing of her venture, given that the perception and appreciation of African culture was on the rise, with persons of African origin around the world reconnecting with their roots through music, fashion, and art. Put simply, African culture was trending globally. International brands were, therefore, looking to gain exposure in the sub-Saharan region, and would only collaborate with professional and trustworthy media platforms. Moreover, African celebrities, business people and influencers were seeking fresh avenues to connect with their audiences. Brand and celebrities alike were intrigued by the company’s name and took interest in its ethos and mission. Glam Africa was perceived as a platform which had the pulling-power to attract their target customers effectively and many brands were keen to buy up marketing blocks. When approaching celebrities and influencers to feature in the magazine, Chioma always lead with her unique story and spoke with conviction and enthusiasm about what she was trying to create. Her brand identity was clear, bold and intriguing.  This approach drew the interest of celebrity clientele, who wouldn’t normally feature in a lesser-known publication such as Glam Africa at the time of its inception. Chioma admits that the “timing was key, had I done this 10 years ago it may have not been possible or would have required substantially more investment”.

Today, Glam Africa publishes magazines globally on a quarterly basis. International superstars, such as Davido, DJ Zinhle and actress Omotola Ekeinde have famously featured on the covers. The magazine is distributed through thousands of stores across Africa such as Shoprite, Checkers and is also stocked in major retailers such as WH Smith in the UK. The online magazine is performing well in the US and its social platforms are thriving with high customer engagement on both Instagram and YouTube.

More recently, Chioma launched the “Glam Africa Beauty Box” where beauty brands could include their products in beauty boxes that are sent for free to new magazine subscribers. Chioma has made her business a success with her own resources and she is proud of her achievements. Rightfully so.

She also hopes to have a positive impact on others through her platform. This desire was the motivation behind the “Beyond Beauty” campaign she ran last year, which featured inspirational women from all walks of life gracing the cover of the magazine, including a model with burns another with alopecia and vitiligo. She is continuing her mission with follow-up events such as the flagship “Diversity Forum Live” to be launched in London this June, in collaboration with the prestigious London College of Fashion, The Muslim News and support from Olympia Beauty.

Glam Africa is set to achieve big things and Chioma’s decision to switch up her career, take a risk with her savings, conduct in depth research before starting a business is one which she absolutely does not regret.