The African Union (AU) is a continental body consisting of the 55 member states that make up the countries of the African Continent. It was officially launched in 2002 as a successor to the Organization of African Unity (OAU, 1963-1999). 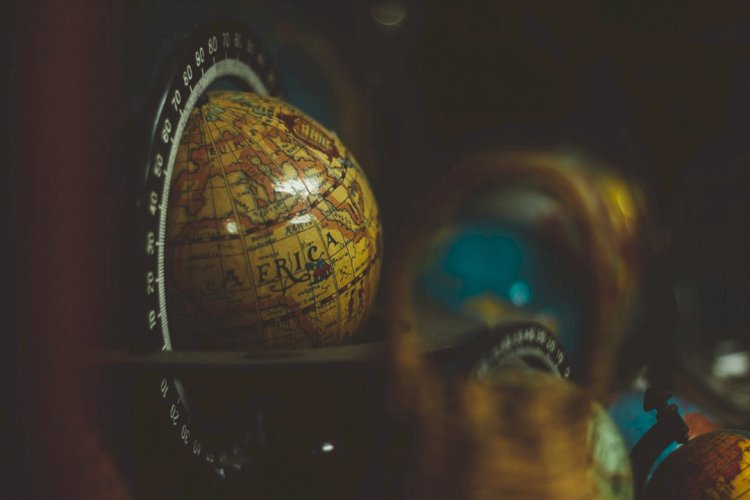 A dark continent with plethora of nations and tribes, rainforest, arable landscape, coastal and scintillating beaches that is a perimeter to the continent called Africa. There are wild and exotic animals, ranging safaris across the sub-Saharan, the majestic Tanzanian mount that is the highest peak in Africa. The ever flourishing Nile River of Egypt that has taken the glorious title of the longest river in the world with 6650 km over the Amazon River with 6400 km. The least is endless with so much that nature has bestowed on the great continent of Africa.

There are precisely 54 countries that make up the African continents with the Western Sahara’s republic still in contention. Several of these countries were colonized by the British, Portuguese, French, and Belgium etc. It has 30.3 million square kilometers with over 1,216 billion population and the third largest in the world in terms of land mass.

The continent is filled with abundant human and natural resources yet its teaming and growing population is impoverished, due to lack of good leadership and refined developmental infrastructural systems in place. Optimism about Africa’s long-term prospects is widespread and decisive across regions. Two-thirds of all respondents predict that Africa’s combined GDP will be among the fastest growing in the world over the next 20 years, while some nation-states within the continent are doing well relatively some are struggling with wars, sectarian crisis, diseases and other vices. These have a drawback on the continent’s economic and political fabric. However, synergized and united African nations as one can overcome these setbacks to be able to compete with advanced economies at the international scene. The African Union needs to up its game to see to this realization. The following are necessary factors to be considered.

The main objectives of the OAU were to rid the continent of the remaining vestiges of colonization and apartheid; to promote unity and solidarity amongst African States; to coordinate and intensify cooperation for development; to safeguard the sovereignty and territorial integrity of Member States and to promote international cooperation.

A The African Union (AU) is a continental body consisting of the 55 member states that make up the countries of the African Continent. It was officially launched in 2002 as a successor to the Organization of African Unity (OAU, 1963-1999).

The African Union (AU) was officially launched in July 2002 in Durban, South Africa, following a decision in September 1999 by its predecessor, the OAU to create a new continental organization to build on its work. The decision to re-launch Africa’s pan-African organization was the outcome of a consensus by African leaders that in order to realize Africa’s potential, there was a need to refocus attention from the fight for decolonization and ridding the continent of apartheid, which had been the focus of the OAU, towards increased cooperation and integration of African states to drive Africa’s growth and economic development.

The AU is guided by its vision of “An Integrated, Prosperous and Peaceful Africa, driven by its own citizens and representing a dynamic force in the global arena.”

The African Union on session

Defend the sovereignty, territorial integrity and independence of its Member States;

Accelerate the political and socio-economic integration of the continent;

Promote and defend African common positions on issues of interest to the continent and its peoples;

Promote peace, security, and stability on the continent;

Promote and protect human and peoples’ rights in accordance with the African Charter on Human and Peoples’ Rights and other relevant human rights instruments;

Establish the necessary conditions which enable the continent to play its rightful role in the global economy and in international negotiations;

Promote sustainable development at the economic, social and cultural levels as well as the integration of African economies;

Promote cooperation in all fields of human activity to raise the living standards of African peoples;

Coordinate and harmonize the policies between the existing and future Regional Economic Communities for the gradual attainment of the objectives of the Union;

Advance the development of the continent by promoting research in all fields, in particular in science and technology

Work with relevant international partners in the eradication of preventable diseases and the promotion of good health on the continent.

Ensure the effective participation of women in decision-making, particularly in the political, economic and socio-cultural areas;

Develop and promote common policies on trade, defence and foreign relations to ensure the defence of the Continent and the strengthening of its negotiating positions;

All this charter makes up the purpose for the African Union but the question is, is this purpose being followed through to see a united Africa taking its place in the global arena? With all that is happening currently. A redirection on this purposes will see Africa to a one indivisible united and prosperous continent.