Both geography and tradition shape the culture of food all over the world. When you combine multiple cultures and rich histories, you’ll find that the world is one big table of deliciousness. From east to west, north to south, there is always incredible fare just waiting to be enjoyed. In this hearty account, we’ll take you on a tour of the authentic flavors of Southern Cuisines – rich, aromatic, colorful, savory and made with exquisite ingredients. 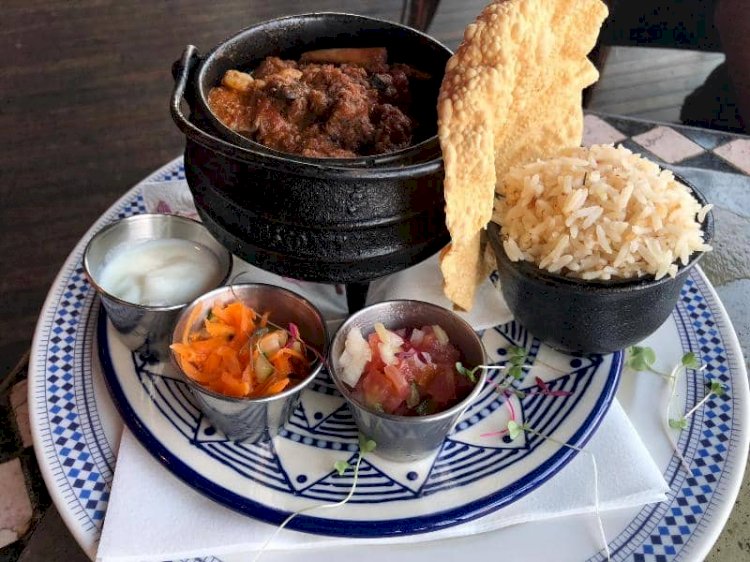 South America is home to a wide array of plants. So, it’s not surprising that this part of the world had already forged their own tastes before the first European settlers docked on South American ports. The locals grew corn, beans, potatoes, plantains, chili peppers, avocados, quinoa, cassava and, much to everyone’s delight, chocolate. Over time, Latin American food gradually adopted the influences of its European colonizers, the majority being from Spanish, Italian and Portuguese foods. Later, the migration of Asians and Africans also modified the cuisines of South America.

It’s a huge continent, which means there are plenty of feasting options. For example, take the famous Ceviche in Peru. Ceviche is a seafood dish made from raw fish, lime or lemon juice, onion, chili or other spices. The acidity of the marinade cooks, or cures, the fish. This dish is skillfully prepared and served cold.

If you travel to the east, you’ll discover the luscious Feijoada. This black bean stew cooked with sliced pork and beef is a big favorite in Brazil. The stew is best cooked over low heat in a thick clay pot. The feijoada reflects a strong Portuguese influence and is eaten with rice, cabbage, farofa (toasted cassava or corn flour mixture) and orange slices. It’s also typically served on Wednesdays and Saturdays.

Asados is one of Argentina’s traditional cuisines, enjoyed around the world. It’s a variety of barbequed meat on a platter. The meats usually include steaks, ribs, chorizo and is accompanied by mollejas (sweetbreads), chinchulines (chitterlings) and morcilla (blood sausage). What makes this dish special is the asado technique. The meat is cooked on a parilla, slowly grilled and smoked to help keep its flavors.

South American food is closely shared among the different countries that comprise this continent. Of course, there are slight variations in preparation and taste.

The food from southern Africa is a fusion of many cultures. Primarily influenced by the indigenous tribes, South African cuisines initially featured millet, maize, sorghum, potatoes, cattle meat and different types of edible insects. As Dutch colonizers came and went, European cooking influenced local dishes. However, it was not just the Europeans who contributed to South Africa’s delicious fare. Slaves from the Malay-Indonesian region brought along their local spices, and Indian laborers shared different versions of curries. When you eat a delicious South African meal, what actually melts in your mouth is a beautiful blend of influences.

Potjiekos is one such food that is worth tasting. Potjiekos is a meat stew where beef is usually the star, but chicken, venison and mutton work well, too. Vegetables and alcohol (wine, beer or sherry) are added to create a depth of flavor. Potjiekos is cooked outdoors for hours in a potjieko over burning coals.

If you ask any Namibian who has the best Biltong in Africa, they won’t hesitate to tell you they do. Biltong is an aromatic, air-dried meat. Its taste is enhanced by natural spices and vinegar. The best kinds of biltong are those made from young cattle.

Another popular dish is the Seswaa of Botswana. This is basically a meat stew served over polenta or boiled cornmeal. Cooks boil the meat with peppers and onions for about 2 hours, shred it, and then add salt. It’s served on top of the polenta and morogo (African spinach).

Meat is an important ingredient in most African cooking. Hence, it is used widely and often prepared for special celebrations.

What comes to mind when you think of South Asian cuisine? If it’s spices and herbs, then you’re on the right track. Spices and herbs are constants in South Asian cooking, dating back to the Indus period. Religious beliefs and culture played a significant role in the evolution of South Asian cuisine. Vegetarianism is widely practiced across the region, and vegetables like potato, eggplants, peas and okra are popular ingredients. Milk products such as yoghurt and ghee have also been used throughout the region’s history. South Asian food draws influences from its colonists, the Middle East, Central Asia, East Asia and Southeast Asia.

India is known for its famous Chicken Biryani. There are a lot of variations to this dish, but its main components include chicken, Indian rice, a distinct marinade, and spices. It looks appetizing and is very tasty, but don’t be surprised at how spicy it is!

In the northern country of Nepal, Momo is an absolute must try. It’s a type of dumpling and is a national delicacy. The filling is delicious, usually made from minced meat, onions, garlic, ginger and cilantro. The dumpling is either steamed or fried and then served with a sauce made from tomato, ginger, spices and turmeric.

Kottu is often the first choice when craving a delicious fast food in Sri Lanka. It looks like fried rice except that it’s made from flat, crispy bread known as godamba roti. You usually get to choose what ingredients you want to mix in. Kottu is served with a spicy curry sauce that you can use as a dip or can pour over the dish.

Most of the food from South Asia has a spicy kick. Its aromas are amazing, with beautiful scents of herbs and carefully-mixed spices.

Countries in Southeast Asia have their own distinct dishes, but there are similarities between them, too. Countries often borrow ideas from their neighbors. While some countries were colonized by the Europeans, other countries have managed to keep their own heritage, drawing only a little influence from foreign settlers. Southeast Asian cuisine is a good mix of foreign influence, other Asian customs and the local practices of preparing food. Its most popular staple is rice.

Thailand is highly regarded for their sumptuous food. One of its longest-running menu items is Padthai. Padthai is a rice noodle dish that is stir-fried with meat, tofu, mung bean sprouts and scallions, then topped with crushed peanuts. The sauce used to build its sweet and tangy flavor is actually tamarind paste.

If you happen to be in Indonesia, ask for a plate of Gado-Gado. It’s quite popular, not to mention delightful. Gado-Gado is a salad with a mixture of vegetables, tempeh or tofu and a boiled egg served in spicy peanut sauce. It’s a popular dish for breakfast as it’s full of vitamins that give a kickstart to your day!

Southeast Asian cuisine is unique in that it always combines two or more flavors, which gives diners a more intricate tasting experience.

The Famous, The Spicy and The Weird

Vindaloo – One of the spiciest dishes in the world – Credits: https://www.taste.com.au/

Since every culture has its own ideas, what seems like a regular dish for some regions may be something unusual to others.

Vindaloo, an Indian dish, is one of the spiciest dishes in the world. It incorporates meat, potatoes, vinegar, red chili and bhut jolokia. Bhut jolokia is known as the ghost chili and scores a whopping 1,001,304 on the Scoville heat rating.

In Africa, the Mopane Worm is served in most restaurants. It’s normally fried with tomatoes, onions and garlic. For those who are not exotic eaters, this dish might not look too appetizing. After all, it’s made of worms! Surprisingly, these worms have a very delicate blend of earthy and salty flavors.

Food is an amazing exhibition of creativity and skill, as people can take ordinary ingredients and combine them to make something magical. It’s exciting to discover each culture’s interpretation of what makes a fabulous meal.

GeckoRoutes is an online travel guide for transportation and activities in South East Asia. Their detailed guides explain step-by-step how to get from A to B for hundreds of different routes. Visit their website to start saving lots of time and money on your next trip to South East Asia.

What Can You Use an Old Shoe Rack For?