NEWTOWN MUSIC FACTORY, 10 HENRY NXUMALO STREET, JOHANNESBURG Get free, as Thandiswa Mazwai presents Fetish, at Newtown Music Factory on Friday the 26th of April. She will be joined throughout the night on stage by her famed rockstar friends, the BLK JKS. In between there will be a sizzling line up of DJs who will make it the hottest party in Jozi. “The theme for this party is FETISH, so I am looking forward to seeing what the legendary children will be wearing as we dance the night away,” said the singer also known as KING THA. 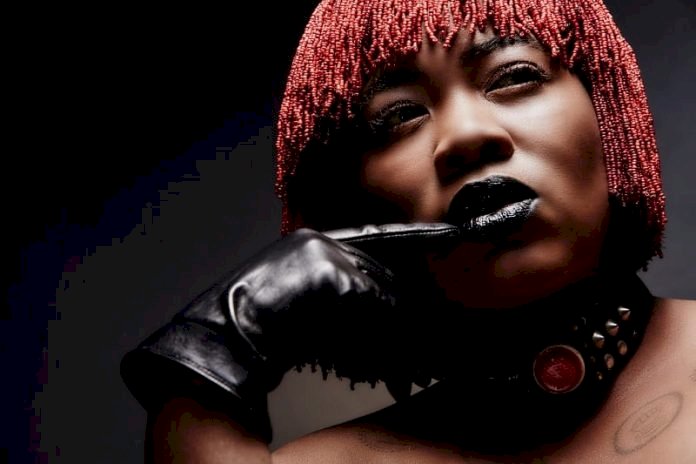 “Fetish: An excessive and irrational devotion or commitment to a particular thing.”
Fetish: An object worshipped for its spiritual powers.”

Why FETISH as the theme? “Because it denotes an obsession and it evokes another part of our psyche, a part that is, in fact, very creative,“ she explains. “But really, it’s about my obsession with music and experimenting. I will be playing with BLK JKS in a soundclash called KING THA vs. BLKJKS.” So throw away your inhibitions and expectations and be prepared for many sexy musical surprises.

For over 20 years, Thandiswa Mazwai has been one of the most influential South African Musicians of this generation.  She began her career in 1998 with Bongo Maffin, one of the pioneering bands of Kwaito. After 6 award−winning albums with Bongo Maffin, she ventured onto a solo career. Zabalaza (2004), her debut project, reached double platinum status and won numerous awards and her critically acclaimed second album ‘Ibokwe’ (2009), reached gold status in the first few weeks of its release. Her third solo studio album, Belede (2016), is a collection of reinterpretations of legendary South African Jazz and protest anthems from the 1950s and 1960s. Thandiswa’s selection is inspired by the music she listened to whilst growing up, and her reframing of these classics serves as commentary on South Africa’s contemporary political landscape.

Thandiswa’s music travels through the village into the ghetto and raises the roof in the city. Her compositions today include traditional Xhosa rhythms, mbaqanga, reggae, kwaito, house, funk and jazz. Through this, she straddles the urban and the rural, effortlessly melding the traditional with the modern. It is with this spirit that Thandiswa has performed all over the world at venues including: the FIFA 2010 World Cup Opening Ceremony, the Apollo Theatre, Radio City Hall, Womex, The Cannes Film Festival, Africa Express, and BBC World Music Awards. The Guardian referred to Thandiswa as “South Africa’s finest female contemporary singer.”

American fans can look forward to her performance at AFROPUNK Brooklyn on the 24th and 25th of August 2019, with more US tour dates to be announced.