The Unsettle Horn of Africa How long will the Uprising last?

A failed regional coup in Ethiopia has exposed rare divisions in the alliance that has dominated the country for three decades, with two of the four ethnic parties that form the ruling coalition trading insults in a public feud. 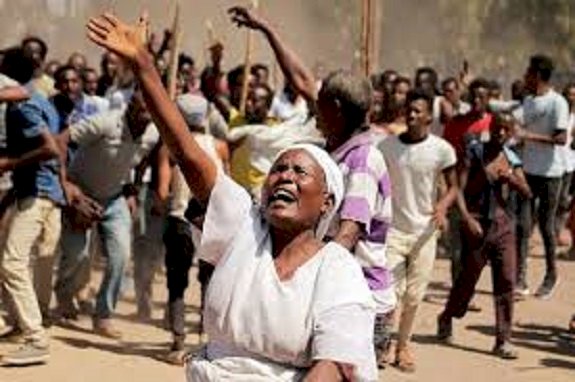 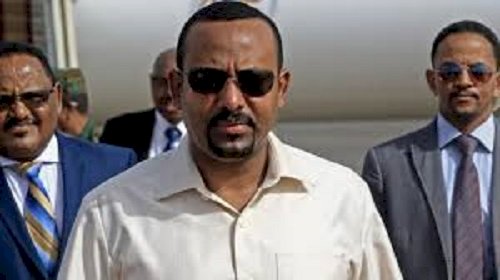 Ethiopian has had its own share of revolutionary pursuit since independence. The Ethiopian revolution is now more than 3 years old and during this period it has passed through several stages, each stage marked by specific features arising mainly from peculiarities of the conditions in Ethiopia. It is the socio economic antagonism within the country that led to an explosive situation, resulting in revolution. The military rulers who staged the February 1974 revolution were not ideologically united and had amongst them conservative, moderates and radicals. In the process of introducing social reforms, however, the radicals emerged victorious and wrested state power. this process has been full of complexities and besides costing the nation a number of lives and destruction of properties has posed challenges to national unity and integrity.

A failed regional coup in Ethiopia has exposed rare divisions in the alliance that has dominated the country for three decades, with two of the four ethnic parties that form the ruling coalition trading insults in a public feud.

The ongoing wave of protests in Ethiopia was initially triggered in November 2015 by a development plan that would have expanded the capital Addis Ababa into neighboring Oromia towns. This plan was eventually suspended, but the protests amongst the Oromo people continued and have since spread to over 200 towns and been joined by Amhara demonstrators too. The government has often responded by sending in security forces that have engaged in deadly violence, leading to the deaths of over 600 people, according to rights groups, and over 1,000, according to activists.

While there have been disagreements among the parties in the past, analysts described the acrimonious exchange this week between the Tigray People’s Liberation Front (TPLF) and the Amhara Democratic Party (ADP) as among the most serious yet. 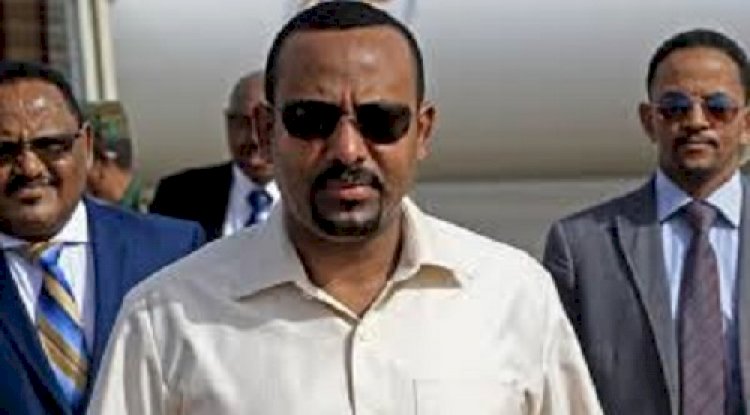 The new tension between them arose after a rogue militia tried to seize power last month in the northern Amhara region, ruled by the ADP. The authorities blamed the June 22 attempted regional coup on Asamnew Tsige, a rogue ADP member, killed in fighting on the outskirts of the regional capital Bahir Dar.

The new tension between them arose after a rogue militia tried to seize power last month in the northern Amhara region, ruled by the ADP. The authorities blamed the June 22 attempted regional coup on Asamnew Tsige, a rogue ADP member, killed in fighting on the outskirts of the regional capital Bahir Dar.

The Oromos, who make up around a third of the population, have long complained that they have been excluded from the country's political process and the economic development which has seen the capital, Addis Ababa, transformed in recent years.

The protests were initially over a plan to expand the boundaries of Addis Ababa into the Oromia region.

That plan was dropped, but the demonstrations exposed some underlying issues and protests continued with the latest round taking place on Saturday in many places in Oromia and the capital, Addis Ababa.

At the root of the recent demonstrations in Amhara is a request by representatives from the Welkait Amhara Identity Committee that their land, which is currently administered by the Tigray regional state, be moved into the neighbouring Amhara region.

The Welkait committee says community members identify themselves as ethnic Amharas and say they no longer want to be ruled by Tigrayans.

Amharas used to form the country's elite and the language, Amharic, remains the most widely spoken in the country.

Is there a connection between the protest movements?

Observers say that Ethiopia's governing coalition is dominated by the party from the small Tigray region (TPLF), that led the guerrilla war against the military regime of Colonel Mengistu Haile Mariam. Some see both sets of protests as a way of criticising the country's government.

There is no formal connection between the Amhara and Oromia demonstrations but at a recent protest in Gondar, banners could be seen expressing solidarity with people from the Oromia region.

Oromo activists referred to the demonstrations in Amhara in their Facebook post calling for protests on the first weekend in August - when Amnesty International said that more than 100 people died - but highlighted the fact that they thought the protesters there had been treated more leniently.

Is the government in trouble?

The central government, a close ally of the West, is in a very powerful position and has total control over the security forces.

There is not a single opposition member in parliament, so it faces no real political threat.

But its reaction to a big protest at the beginning of August suggests that it is worried: It shut down the internet across the country for two days, fearing that was how the demonstrations were being organised.

There is only one, state-controlled internet service provider so this was fairly straightforward.

Prime Minister Hailemariam Desalegn then issued a veiled threat to protesters saying that the government was obliged to ensure the rule of law. But he did not specify what that meant in practice.

He also appeared to be concerned that the country was sliding into ethnic conflict, which could become difficult to contain.