Direct airline flights between Africa and China have jumped over 600% in the past decade. Planes today are not only full of workers and traders seeking prosperity, but also short-term tourists and students, seeking leisure and knowledge. 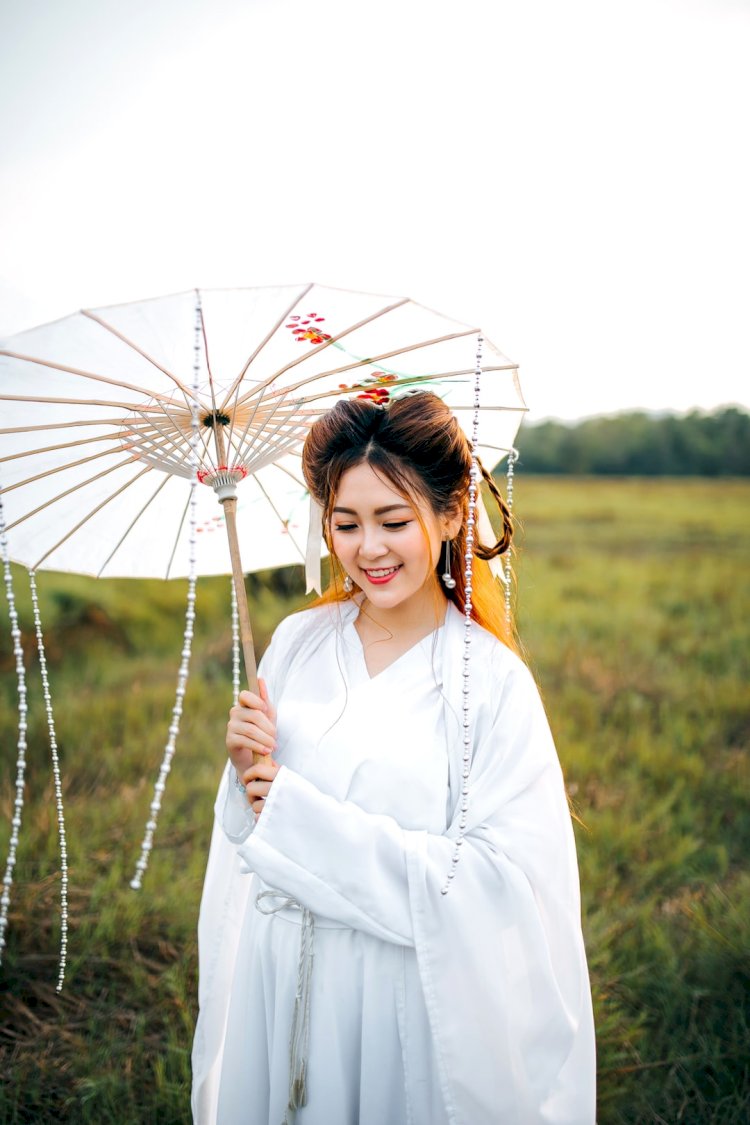 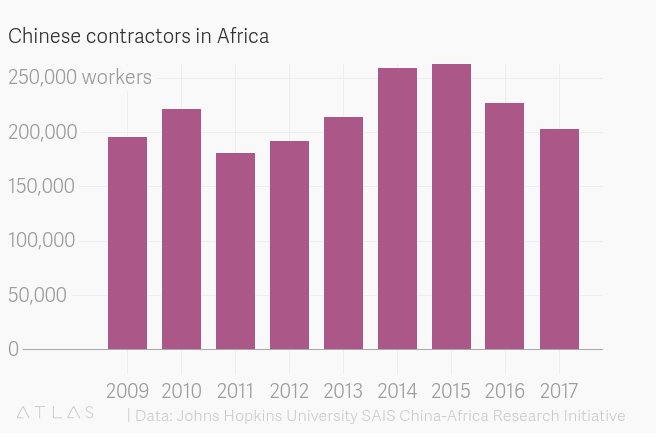 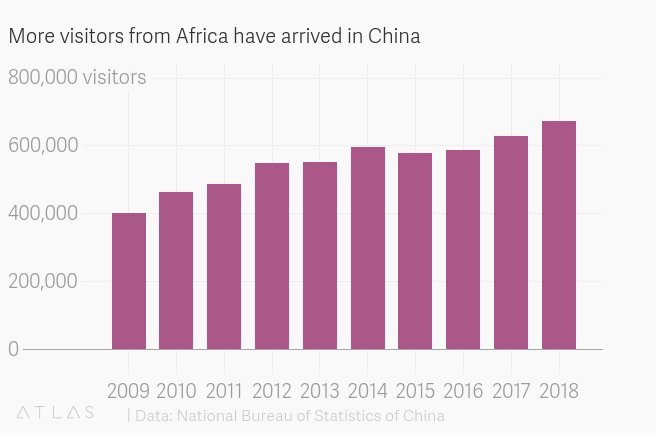 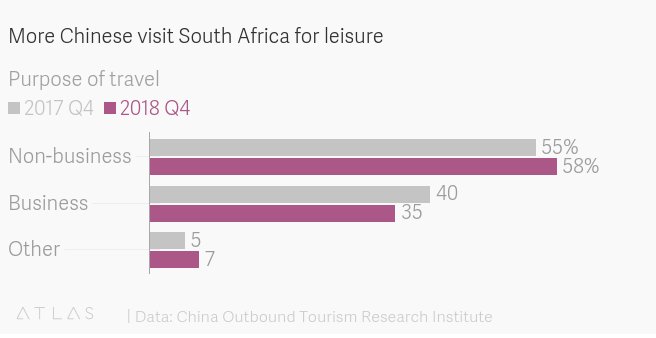 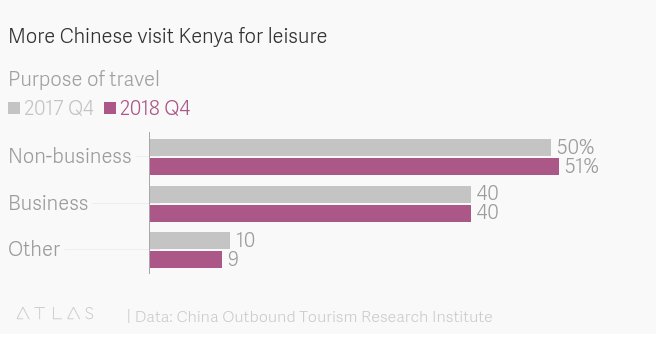 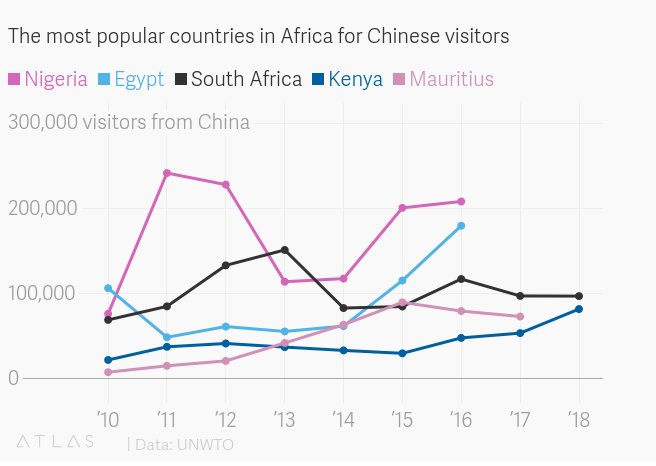 Some are in it for the money

China’s “Go Out” policy, implemented in 1999, sent employees of Chinese state-run companies to Africa, as well as investment money. China’s official record shows there were around 200,000 Chinese construction workers, engineers, translators, company executives, and the like in Africa in 2017. The workers typically fly back to China to visit families once or twice a year.

Some workers stayed after their employment contracts ended with the state companies and started their own businesses. Howard French, the author of the book China’s Second Continent: How a Million Migrants are Building a New Empire in Africa, estimated there could be up to two million Chinese workers in Africa.

The largest African immigrant community in China is in Guangzhou, a manufacturing hub and trading port in southern China. The Chinese authorities counted 200,000 entries to the city by African visitors in 2016.

Some are in it for the fun

Business travelers may have initiated the demand for easier air travel between Africa and China, but flights today are increasingly serving leisure-seeking tourists.

Chinese travel abroad has tripled in the past decade. The top five most frequently-visited African countries by Chinese travelers reflect the trend.

Most leisure tourists traveling to Africa come from Shanghai. They spend an average of $1,683 for a week-long trip, according to a special 2018 report (link in Chinese) from the China Tourism Academy. Top destination cities include Cairo; Port Luis, Mauritius; and Casablanca, Morocco.

To attract Chinese tourists, Morocco waived visa requirements in 2016 for Chinese nationals traveling 90 days or less. Chinese tourism to Morocco increased from 43,000 that year to over 107,000 in 2017. Tunisia enacted the same visa policy for Chinese travelers in 2017 and tripled its inbound visitors from China. Angola, Botswana, Ethiopia, South Africa, Rwanda, Zimbabwe all made adjustments to their visa requirements in 2018 to make it easier for Chinese nationals to travel to their countries, according to a report by Migration Policy Institute. Just last week, Sierra Leone announced a new visa-on-arrival policy for a number of countries including China, making it the 28th African countries Chinese tourists can visit without obtaining a visa first.

Even with the rapid increase of visitors, however, Africa is still not a typical destination for Chinese tourists. Of the 130 million foreign trips Chinese travelers made in 2017, only 0.62% of them, ended up in African nations.

Some are in it for the education

China is the second most popular study-abroad destination, after France, for students from African nations. Over 81,000 Africans went to China to study in 2018. Africans are now the largest group of foreign students in China.

Beijing is cultivating the next generation of African leaders, through education, often sponsoring graduate and post-graduate studies of students from African countries. As Quartz has previously reported, African students head to China for many reasons. Some are seeking an education that is affordable, even without assistance, while others go for the chance to develop business connections or learn the language of a country they see as a rising global power.