Why not #MeToo? How stereotypes hinder African women's progress

In an age when women are finding their voice against injustice, it is time for African women to ask: 'Why not me too?' 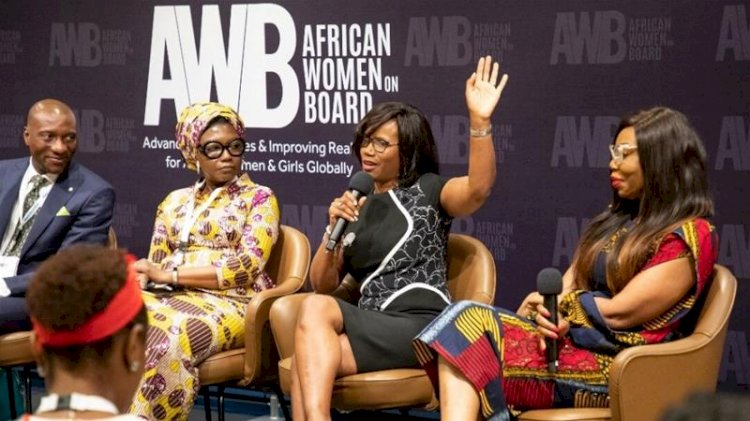 At a leadership event in London this year, the barrister and women's rights campaigner, Cherie Blair, stood in front of a hundred people, many of them school children, and told them: "Most African ladies' first sexual experience is rape."

Such comments, coming from the wife of a former British prime minister, cut much deeper than a mere assault on the effectiveness of the #MeToo movement. They reflect a more troubling and deep-seated psychological infestation, that still exists even within our enlightened global society.

The incongruity here is that the Cherie Blair Foundation for Women does amazing work for equality around the world. It helps bring investment, mentoring and development to communities, including countries in Africa. But so, of course, did the colonial missionaries. And therein lies the issue.

If every African woman is intrinsically a victim, and every African man, in turn, a sexually aggressive predator, then how can we possibly challenge a predetermined set of pseudoscientific outcomes? By reinforcing traditional stereotypes about the continent in this manner, we go some way towards normalising the idea of such behaviour across a population of 1.2 billion people - and that makes it more difficult to challenge.

To relate this phenomenon of victimisation, consider the 2018 movie Green Book, inspired by the story of jazz pianist, Don Shirley, and his Italian-American bodyguard/driver Frank Vallelonga, embarking on a tour of America's Deep South during the early sixties. Amid widespread acclaim, including an Oscar for Best Picture, came a backlash against a "white saviour narrative" that shows the story of a black historical figure through a white lens. Teen Vogue's entertainment editor, Claire Dodson, went so far as to say that this depiction directly fed into its Oscars win because it "made white people feel good about themselves".

Whether that is true or not, the one thing we know is that African stories (or in this case an African-American story) are all too frequently told through the prism of a white Western lens. And what do prisms do? They distort white light.

As the actor, playwright and UN Women Goodwill Ambassador, Danai Gurira, lamented: "The stories about Africans always miraculously have a Western protagonist. Do we not merit our ability to tell our own stories?"

For all the (mostly) good intentions of narrators in the West, African women cannot continue to allow our narrative to be hijacked by Western voices. All too often, we are portrayed as monolithic by distant observers and placed into a convenient category: beast of burden, oppressed woman, exotic creature, domestic worker.

This is not only an African problem. Downplaying our diversity and vibrancy means global businesses, government institutions and societies missing a wealth of new talent and perspectives through the influence of such lazy and outdated stereotypes. To break them down requires a re-examination of the stories we tell ourselves and others.

The #MeToo movement has been an inspirational force in shining a light on inequality around the world. But it is also, fundamentally, a Western one. And perhaps unsurprisingly for a conversation that has grown up organically around a loose collection of ethics online, it risks introducing other problems.

Stereotyping of the male species is as unhelpful to our cause as generalisations about women. Vilifying men collectively carries the risk of subduing perception of the true horror of rape, assault, violence or psychological abuse through the dangerous implication that such acts are in some way inevitable, based on the pseudoscientific logic that the male psyche is predisposed towards rape. Perhaps, a more balanced approach would consider the view that many men on the continent behave badly because of a lack of real consequences for abusive behaviour towards women. Addressing the vacuum in accountability will shift focus to the traditions and institutions that perpetuate a misogynistic culture. This shift in focus will create avenues for men and women to work together to dismantle unhealthy norms that have been passed down through generations.

This is not a zero-sum game. We do not prosper by asserting one gender, or race, over another. By starting with an assumption that men should be treated as allies, and not enemies, we can together begin to diffuse toxic masculinity, the traditional gender stereotypes that still cling to it, and the life-threatening situations that the promulgation of such outdated thinking can all too often lead to.

As African women - and men - we know that we have more nuanced stories to tell.