Musician Oliver Mtukudzi, who died at the age of 66, was a great cultural ambassador for Zimbabwe. Known to his fans as Tuku, he was a cultural icon for the southern African country. His aura and presence had a global resonance with fans around the world, yet the man remained humble and magnanimous. 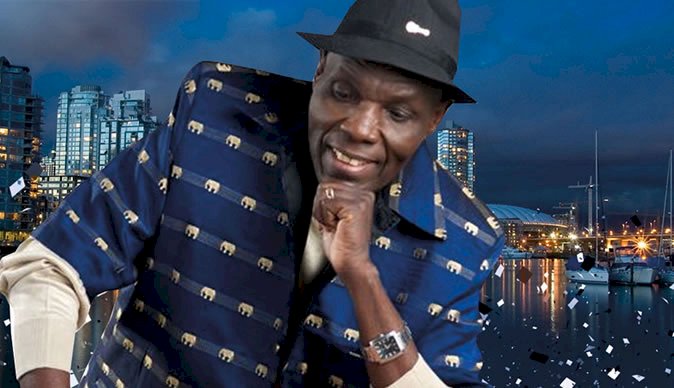 I once boasted to some international colleagues that he was Zimbabwe’s gift to the world. But on closer scrutiny, he was the perfect gift for Zimbabweans especially during their tumultuous times.

Mtukudzi died in Harare after a long battle with diabetes, ironically enough on exactly the same day as his friend, the musician Hugh Masekela, who passed away on 23 January 2018.

He was also a businessperson, activist, philanthropist and a goodwill ambassador for Unicef in the southern African region. But it was his innovative music that made him deeply loved. Dubbed “Tuku music”, it was a blend of southern African music traditions,

including mbira, mbaqanga, jit and the traditional drumming styles of the Korekore.

Tuku released his debut single in 1975. As a solo artist, Mtukudzi had his first successes shortly after Zimbabwe declared its independence in 1980. His debut solo album, Africa. The prolific Mtukudzi released his 67th album in 2018 – Hanya’Ga (Concern), saying it was “meant to share a message of introspecting and I’m hoping people learn a thing or two from it”.

Celebrated as “the man with the talking guitar”, Mtukudzi learned by experimenting:

I looked for a sound the guitar couldn’t make in a guitar – that is how I learned to play the guitar. Professional guitarist at the time use to laugh at me. I used to look for a mbira (music instrument) on the guitar strings. I’ve always been experimental. But it was a blessing in disguise because I went on to pioneer a sound that was later labelled Tuku music.

But Mtukudzi was more than just a popular singer. In his song “Todii” (What shall we do?), Mtukudzi reflects on the challenge faced by communities as a result of the scourge of HIV/AIDS. The song gives cadence and sympathy to those who provide care. At the same time it magnifies how despicable those in positions of authority are for violating their responsibility.

He ends the song with a solemn appeal for help and for ideas in view of this challenge. This is Mtukudzi, the social activist.

In another song “Mabasa” (The works) Mtukudzi paints a dire picture of how young people are the first to die, leaving the elderly to fend for themselves. For me this song attests to Mtukudzi reminding us all to be cognisant about how we live.

Mtukudzi also acknowledged the existence of deity and spoke against the attribution of success to luck or happenstance as he did in the song “Raki” (luck).

Conversely, in “Ndagarwa nhaka” (Inheriting) he brought attention to a Shona cultural practice of a widow being married off to the late husband’s elder or young brother. In this song Mtukudzi, using the voice of the widow, appears to praise the status quo as enabling the widow to get solace and protection given her loss.

A stark contrast, though, is found in the movie “Neria”. Mtukudzi crafted the soundtrack detailing the tribulations of a widow trying to survive past patriarchy in all its forms.

In the song “Dzoka uyamwe” (come and suckle) Mtukudzi bemoans the experiences of a person suffering prejudice based on how they look. Given this sad experience, the mother urges her child to come back home and suckle. The song then becomes philosophically charged, reminding us all that the core of all prejudice emanates from the mind and the heart. This theme of a concerned parent appears to reverberate in the song “Chengetai” meaning “to keep”.

This time, a role reversal: children are being urged to take care of their parents.

Some of Mtukudzi’s songs were sources of contention and deemed anti-establishment. For instance “Wasakara” (You are old) was interpreted by some as a reference to former President Robert Mugabe, given that a character in the song was in denial of age creeping up on them. In later years as a consultant, I would use the song in driving home the importance of succession planning for effectual and efficient organisations.

Mtukudzi also continues to give the same admonition to the elderly in the song “Mkuru mkuru” (the elderly leader).

Mtukudzi would also pen “Mutserendende” (the slide) and draw comparisons between two generations. From the first generation, Mtukudzi idolises how life was easy and pleasurable for children, a stark contrast to his generation’s life of toil and hardship in climbing the mountain. The solace, as argued by the song, is continued perseverance and determination.

In “Magumo” (the end), Mtukudzi raises some poignant life lessons on the importance of ideals such as humility. The most important question we should ask in everything we do, Mtukudzi argues, is: what will be the end of this that I am doing?

In the song “Kunze kwadoka” (the sun has set, it’s dark), Mtukudzi presents the questioning parent and the precarious situation of a child who has stayed out on a date for a long time. Giving advice to the boyfriend, “perekedza mwanasikana, perekedza bhebhi iro zuva ravira kunze kwadoka” translated “accompany the girl, accompany that babe the sun has set, it’s dark out”.

Now the sun has set on Oliver Mtukudzi. He leaves the world his greatest prized possession, the gift of song. Thank you, maestro par excellence.

This article is republished from The Conversation under a Creative Commons license. Read the original article.